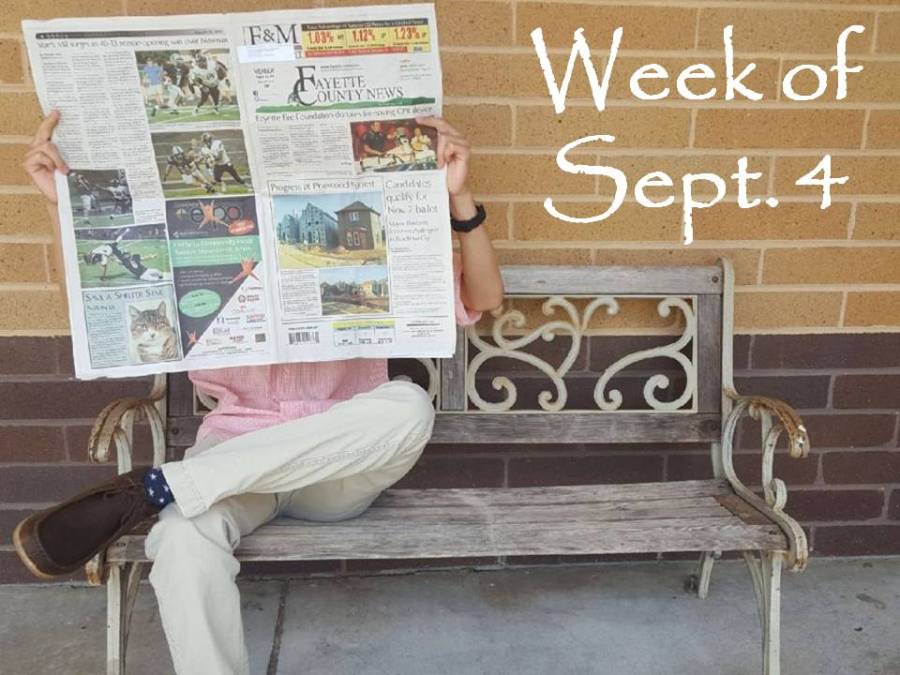 This week was a whirlwind full of news. Around the world, tensions are rising against North Korea as world leaders are considering their options against the oppressive ruler Kim Jong-un. Natural disasters such as hurricanes and earthquakes are devastating through North America, causing billions of dollars worth of infrastructure damage. People in the country are discovering unexpected things such as sharks in unforeseen places and workers stand their ground at a Cleveland Taco Bell. As students haven’t completely made their mind about what they should wear for homecoming, one thing that is for sure, the Prowler has the news.

It’s been six years since Kim Jung-Un took office as leader of North Korea. The communist nation’s nuclear program has really advanced since then. Sunday, the sixth nuclear test was conducted in North Korea and sources say the test was a success. The blast measured a 6.3 magnitude on U.S. scales and was done at 12:29 p.m. on Sunday. President Trump is now considering his hand in the United States’ relationship with Korea.

Trump has called the actions by North Korea dangerous and now has to rethink how to deal with the nation. Previous efforts to reach peace through communication with North Korea has not worked since the end of the Korean War. This was not only shown through the recent nuclear test, but also with North Korea launching a nuclear missile over Japan and threatening the U.S. with an attack on Guam. Trump plans to talk about his next plan for Korea on Monday, and as of now, all off his cards are on the table.

Early Wednesday, there was an armed robbery attempt at the Taco Bell located in the Cleveland Edgewater neighborhood. The robbery was cut short by the actions of a few armed workers at the fast food chain. Three out of the five employees that were working at the time opened fire on the robber as his accomplice fled the scene.

When police had finally made it to the restaurant at around three in the morning, the suspect had already been shot multiple times. The assailant was near death as he was rushed to the hospital. The unidentified suspect was pronounced dead from his wounds later in the day, and as of yet, no arrests have been made in connection with the incident.

After just getting through the powerful Hurricane Harvey in Texas, America braces for the next major storm, Hurricane Irma. The category five hurricane has already brought havoc upon the people of Barbuda on Wednesday with winds of up to 185 miles per hour. Now with the storm approaching the U.S., Americans are preparing for the worst.

Hurricane Irma has been an unique storm in that predicting where it will hit has been very difficult. Suggested impact locations ranged from Florida to the East Coast, and even the gulf of Mexico. Current sources show that Florida will be the first hit and storms will begin this weekend. Evacuations have already begun in Florida and rescue teams are preparing to come out and help. Preparations are also being made towards the feared power outages. Residents of affected areas are being urged to evacuate as soon as possible in order to avoid any major casualties.

The search of an above-ground basement pool in Dutchess County, LaGrangeville led to a shocking discovery: seven sandbar sharks, two dead leopard sharks and a dead hammerhead shark. All sharks were measured, and blood samples were taken before being transferred to the Long Island Aquarium. The sharks’ measurements varied from two to four feet long.

It is currently unknown as to why the sharks were here. The reason why the search took place is also unknown. The sharks were safely put into trucks with climate control, oxygen, and water tanks. Investigation is still ongoing, and no charges have been pressed against the previous owner.

Largest earthquake in a century kills dozens in Mexico (9/8)

Late on Thursday night, a magnitude 8.1 earthquake struck off the southern coast of Mexico. The epicenter was 71 miles from the coast, and left substantial damage along all of the affected areas. This quake was the largest Mexico has felt in the past 100 years and so far, at least 32 people have been confirmed dead in the wake of this tragic event. Rescue efforts are underway for any survivors of the earthquake.

A tsunami was confirmed on Mexico’s coast, with the potential for waves up to 10 feet. The quake was shallow, only 43 miles deep, creating stronger and more intense shaking on the surface. Over 1.8 million homes lost electricity as a result of the earthquake, but many have had power restored to them since. Buildings and infrastructure throughout the affected area have been damaged, which means expensive repairs will be underway soon.