Weeping news from around the world 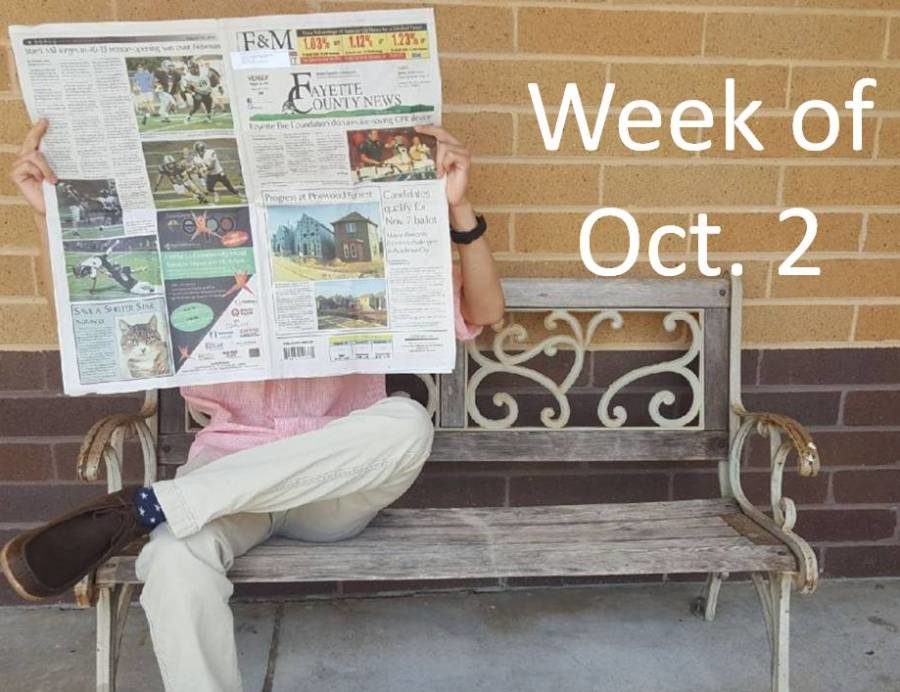 This week, Starr’s Mill played against one of their rivals, Whitewater, in multiple sports, concluding with the varsity football game taking place here at the Mill. We hope to overcome the Wildcats even more due to the heartbreaking loss to them last year. Along with that, depressing headlines flew through newspapers this week as a mass shooting took place in Las Vegas and a music legend died. Women around the country of Poland marched for women’s rights as a famous anti-abortion politician in the United States resigned. The week got to end on a high note when Vice President Mike Pence told the public that the United States will make a return to the moon. One thing that is for sure, the Prowler has the news.

From the 32nd floor of the Mandalay Bay Resort and Casino in Las Vegas, Nev., a gunman opened fire on crowd of 22,000 people attending a country music festival. With 58 people killed, and at least 515 injured, this shooting has replaced the Pulse Nightclub shooting in 2016 as the deadliest in U.S. history.

The gunman, 64 year-old Stephen Paddock, switched from rifles to simple handguns, and one source says that there were at least 19 weapons in the room. As ambulances rushed frantically to get to the scene of the horrific event, unharmed spectators helped in any way they could, such as plugging wounds with their hands or using their clothes to stop the bleeding.

After the horror stopped, the Las Vegas Police Department went to the shooting location where they found Paddock dead. Sources say that Paddock killed himself before the police could make their way to him. Authorities also say that Paddock checked into the hotel Thursday and that, except for a minor citation, he had no major criminal record. President Donald Trump has called this shooting “a pure act of evil” and has mourned for the loss of the many lives.

Several thousand people dressed in all black marched through the streets of Poland on Monday. The protests, particularly in the capital city of Warsaw, stood against the strict abortion laws that Poland has. The protesters’ goal is to force their country to change its harsh policies, which are considerably more strict compared to other, more liberal countries in Europe.

The protesters claimed that the Catholic church has too much influence on the country and its politics, and that the church is what is keeping these laws in place. In Poland, abortion is considered unlawful unless it is considered life-threatening to the woman who is pregnant. Poland has more than one thousand abortions every year. However, women’s groups say that around 100,000 to 150,000 abortions are done illegally or abroad annually.

Early Monday morning, musician Tom Petty was found in his home in full cardiac arrest. He was taken to the hospital, but died later that day. According to his manager, “He died peacefully at 20:40 Pacific time (03:40 GMT Tuesday) surrounded by family, his bandmates and friends.” Tom Petty is best known for his musical talents, most notably the songs “American Girl” and “Free Fallin’.”

Growing up, the musician’s life was drenched in hardship. He had an alcoholic and abusive father. However, after he met Elvis Presley in 1976, everything changed. Petty joined two bands during school and afterward joined the band Mudcrutch. After Mudcrutch broke up, he formed the band Tom Petty and the Heartbreakers. Together, they went on to become an extremely popular band.

Effective on Oct. 21, Congressman Tim Murphy will resign from his position as Republican Representative of Pennsylvania. Murphy was well known for his anti-abortion stance. According to Family Research Council, a leading anti-abortion group, he had a 100% anti-abortion voting record. However, contrary to his political stance, he urged women with whom he had had affairs to get abortions.

“This afternoon I received a letter of resignation from Congressman Tim Murphy,” House Speaker Paul Ryan said. “It was Dr. Murphy’s decision to move on to the next chapter of his life, and I support it. We thank him for his many years of tireless work on mental health issues here in Congress and his service to the country as a naval reserve officer.”  Ryan also stated that he looked forward to working with Tim Murphy’s successor.

Today, at the first meeting of the reinstated National Space Council (NSC), Vice President Mike Pence stated that American astronauts will be returning to the moon. The Trump administration plans to push America back to the forefront of space exploration. The moon will serve as a stepping stone in what will hopefully be a great journey into the stars. “We will return American astronauts to the moon, not only to leave behind footprints and flags, but [also] to build the foundation we need to send Americans to Mars and beyond,” Pence said.

Pence compared America’s lack of space exploration today to the Space Race 60 years ago. Then and now, the U.S. fell behind and was almost overtaken by foreign nations. Following the retirement of the space shuttle in 2011, U.S. astronauts heading to the International Space Station have had to piggyback on Russian rockets for a small fee of $76 million. In a future that may not be far from here, companies such as Boeing and SpaceX will do this job instead. Hopefully the end of the U.S. reliance on Russia and its return to the moon will mark a turning point for American exploration of the stars.