News before the Battle of the Bubble 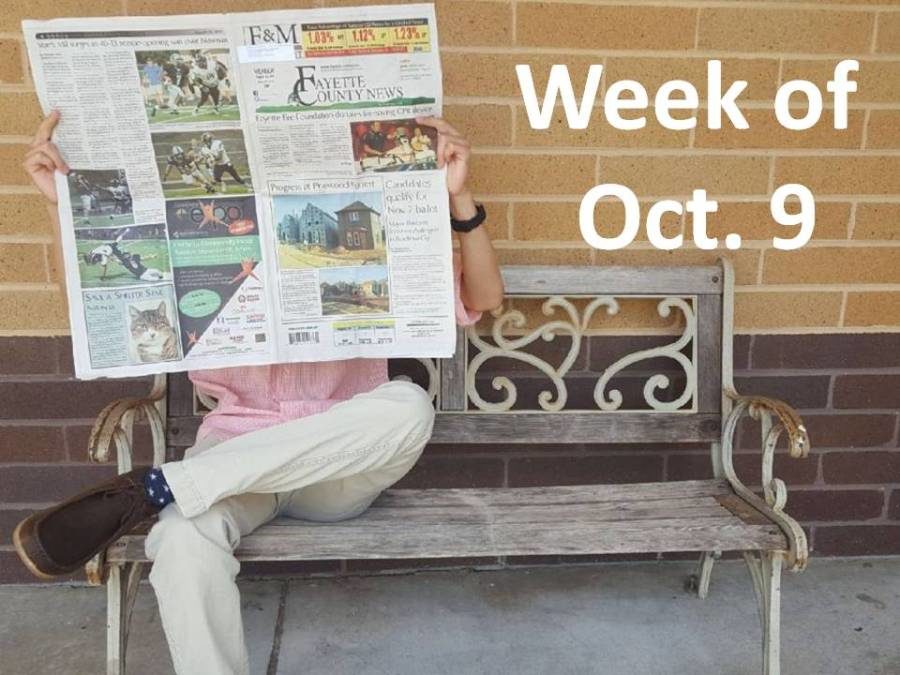 Starr’s Mill student’s have spent the week preparing for the mid-October tradition that everyone has grown to love — the Battle of the Bubble. Every year the Starr’s Mill High School varsity football team challenges the McIntosh Chiefs to see who will be the victor in the yearly contest and who proves to be the better in the on-going rivalry between schools. The competition will take place at McIntosh High School and along with a football champion being declared, a winner in the annual Toys for Tots toy drive will also be decided. But before the student body can go and watch the game, a week of news needs reporting. With the Boy Scouts adding girl membership, more information on the Las Vegas shootings, and Trump’s refusal to re-certify the nuclear deal with Iran, the Prowler has the stories.

Since the mass shooting of Las Vegas concert-goers on Oct. 11, new information has emerged about exactly what went down during the event. Previous reports stated that Jesus Campos, the security guard that approached gunman Stephen Paddock’s room, helped to divert the shooter as the mass shooting was happening. However, it has been discovered that Campos was actually shot in the leg six minutes before the mass shooting occurred at 9:59 p.m. It is unknown as to what happened within those six minutes between officer Campos being shot and Stephen Paddock opening fire on the concert-goers from the 32nd floor.

After his assault on officer Jesus Campos, Stephen Paddock fired for around eleven minutes, killing 58 people and injuring 500 more. While investigators are already questioning the killer’s motives behind the shooting itself, they are now left to also investigate just what happened in those six minutes before the shooting. People are questioning just why it took officers almost twenty minutes to reach the 32nd floor after Jesus Campos was shot and some wonder whether Campos getting shot accelerated the timeline of the shooting. As of now, this information is unknown.

However, the Girl Scouts were not to happy with decision, seeing the move as an effort to save the declining organization. Membership in Boy Scouts has been decreasing since its peak in 1972 of 6.5 million members. This year there were only 2.3 million members, a half million decrease from last year. However, many scout leaders see the expansion as a positive move for the Boy Scouts, and see a bright future for scouting.

After fires ravaged Santa Rosa, Calif., residents get their first glimpse at what’s left. At the time the current death toll of the northern California fires are 24 people, yet according to Sonoma County Sheriff Rob Giordano over 460 missing person reports are still awaiting investigation. Close to 200,000 acres of land have burned so far as it still rages on.

Residents were shocked by the severity of the incident after alleged failure of communication of government alerts and evacuation orders. Many claimed they were never informed of the on-coming emergency by the government and only had knowledge of the event when the saw neighbors fleeing.

Police mandated the return of inhabitants as a large amount of people came back to nothing. About 3,500 homes and businesses were completely destroyed. One resident compared the damage to nuclear level devastation because places throughout the area were left with nothing but ash, melted cars, and remnants of foundations. Some were refused permission to return and were told by officers there was “nothing to see.” Still, citizens hope to be able to rebuild the ruins of their homes as soon as possible and get back to their lives following the disaster.

The Iran nuclear deal made by President Obama is no more, as Trump denied to re-certify the deal and increased sanctions on Iran. This forces Congress to make a decision on whether or not to listen to Trump and reimpose the sanctions.

Trump also said that the deal, which was signed on July 14, 2015, was, “one of the worst and most one-sided transactions the United States has ever entered into.” Congress has also been told to set up so called “trigger points,” which could force the U.S. to continue sanctions on Iran if it crosses the boundaries of Congress.