A week that totally ‘rocked’ 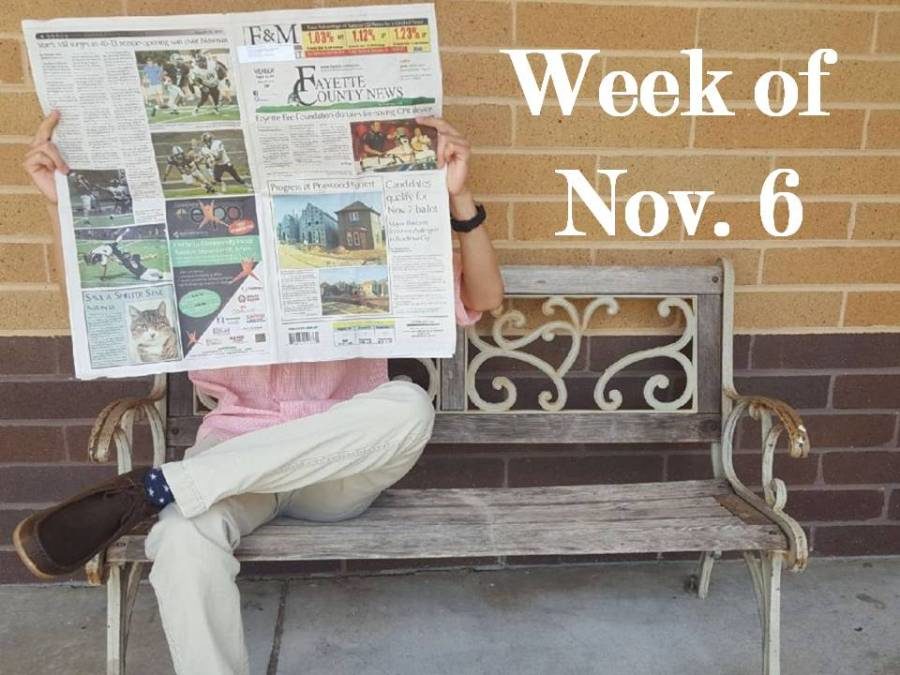 This week, the teachers of Starr’s Mill named Kelly Rock as the 2018 Teacher of the Tear. In addition, The Prowler staff took a trip to Atlanta Motor Speedway to talk to employees in the marketing and public relations departments and to learn more about journalism as a career. Despite the absence this Wednesday, news headlines from this week rolled on. With huge drug busts, a pizza place being hailed by Nazis, and the White House building a stronger defense against threats, The Prowler has the news.

On Oct. 28, Trump’s motorcade left his Virginia golf course with a traveling photographer who snapped a photo of a woman throwing up the middle finger while passing. This woman, Juli Briskman, was fired from her employer Akima LLC for posting her photo on social media. After the photo was taken, she told her department at work about the event and was called into her boss’s office the next day for violating the social media policy.

Working with a company who can fire anyone at anytime, Briskman told Huffington Post that she was not on the job when the photo was taken so it should have not caused her to lose her job. She also emphasized that her boss had posted ludacris comments on the company’s Facebook and still holds his position currently. Briskman does not regret flipping off the President’s motorcade and is planning to look for a new job with an advocacy group.

Papa John’s has been experiencing a decrease in sales, and this weekend Papa John took to Twitter to blame the National Football League for this loss. John Schnatter claims that due to players kneeling, less people are watching NFL games, which is where Papa John’s focuses the bulk of its advertisement. Following Schnatter’s comments, notoriously white-nationalist newspaper Daily Stormer declared Papa John’s the official pizza of the alt-right.

Twitter lit up with several white nationalists declaring the love for Papa John’s, but business with neo-nazis is not great for public representation. Papa John’s communication team released a statement condemning hate groups, and requested that members of such group not purchase their pizza. The Daily Stormer has not yet issued an answer to Papa John’s denouncement.

Colombia’s largest crime gang was caught red-handed with at least 12 tons of cocaine, estimated to be worth around $360 million. This symbolizes another battle won by the war on drugs. The U.S. assisted Colombia in this raid, because cocaine production there is high, and Colombia enlisted America’s help in controlling it.

Colombian President Juan Manuel Santos believes that the large amount of cocaine is connected to the Mexican Gulf Clan. This drug trafficking crime gang is a major problem that security has been facing. To try slowing down drug trafficking, Santos plans to increase military to avoid the formation of more drug cartels.

White House prepares for war with the rocket man (11/9)

The White House requested funding for 16 Standard Missile-3 Block11A rockets, 50 Terminal High Altitude Area Defense missiles, as well as upgrades to radar and detection devices. The request also calls for an interceptor fort in Alaska. In total the expenditures total up to $4 billion, in addition to the $9.9 billion previously requested.

Despite the high dollar equipment, defense is not yet reliable. Since 1999 the devices requested have missed nine out of 18 tests. The nuclear request came as part of a slew of budget results, including funding for the border wall. According to Trump, more budget requests are in the works in an effort to prioritize American defense with this year’s budget.

When viewing data acquired by NASA’s Spitzer infrared space telescope, scientists located an object in space 13 times the size of Jupiter. The object is so large that it may not even be considered a planet. Named OGLE-2016-BLG-1190Lb, the object was found using the process of micro-lensing, which measures distortions in light when a star passes in front of another star.

OGLE-2016-BLG-1190Lb is the best, most accurate example of micro-lensing being used to locate a planetary body. It is difficult to classify because it lies on the size threshold between planet and brown dwarf. A brown dwarf, which is not large enough to sustain the nuclear fusion which makes stars burn, can be anywhere between approximately 13 and 90 times the size of Jupiter.