A week of eruptions, rejections, and combustion 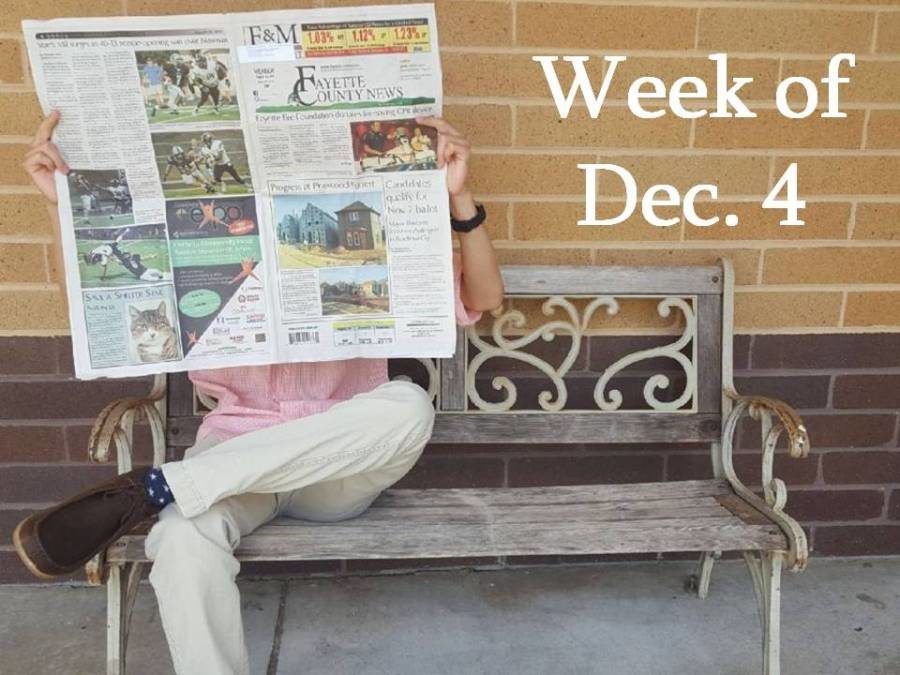 After 17 weeks of hard, seemingly endless work, the students of Starr’s Mill are almost free. Here at The Prowler, the long 2017 news writing season is also coming to a conclusion. However, before this year can truly become a thing of the past, there is still one more round of “Keeping It Current” to write. With fires in California, a volcanic eruption in Bali, and the destruction of Russian Olympic dreams, The Prowler has the stories.

Fifty-five years later, history seems to be repeating itself as Mt. Agung, a volcano that erupted in 1963, displays its potential to erupt once again. Authorities have released the highest alert possible for this volcano, and it may last until Dec. 10. Recently, Agung has refrained from sending out columns of ashes and has faded into a steady stream of smoke. Many Indonesians express relief, but the people who were present during the 1963 eruption predict that the quieting of the volcano is only the beginning.

Many Indonesians remember that previously the volcano also receded before it showed its true potential. Unfortunately, the peace didn’t last. Two months after the warning signs, the volcano had already erupted twice, with lava flow killing around 1,100 people and injuring many more. Many people in the six-mile range of the mountain have evacuated, though many other are adamant to remain, insisting that it is fate if it happens.

After the confirmation of Russia’s state backed doping program, the I.O.C. has almost entirely banned Russia from attending and competing in the 2018 Winter Olympic Games in South Korea. All Russian government officials are prohibited from attending the event. Additionally the Russian flag will not be flown in the opening ceremonies and their anthem will not be played. Russian athletes who are proven to be clean of drug use will be considered to be allowed to compete, but will wear neutral uniforms and any medals awarded to them won’t be scored under Russia in the official record books.

Accusations of Russia’s drug program can be traced back to the 1960s, ‘70s and ‘80s. Russia’s reaction to the ban has yet to be confirmed. It has been theorized that Russia may boycott the games along with their given punishment. Many have asked for a penalty to Russia in prior years for this long-speculated scandal. Along with being forbidding from the upcoming Winter Olympics, the Russian Olympic Committee has been fined $15 million.

On Wednesday, Miles Scott, the youngest son of Walter Scott, requested that a former police officer be put in prison for life. Michael Slager, the former officer in question, shot and killed Walter Scott near a traffic stop in 2015. In May, Slager pleaded guilty which prompted federal officials to state 10 to 13 years in prison would be a suitable punishment. Although Slager faced murder charges in state court last year, the charges were dropped because of his federal plea deal.

Prosecutors brought in Dr. Charles Morgan, a forensic psychiatrist who declared Morgan to have no psychological issues last year. Slager revealed he shot Scott five times in the back after he ran away from Slager. His federal trial is taking place before a judge without a jury and his sentence could be finalized this week.

The holiday season is no cheerful event for residents in southern California. Four fires have been raging since Wednesday, and local firefighters aren’t having much luck putting them out. The largest of the four fires, the Thomas Fire, has been moving extremely fast, covering an estimated acre per second. Together, all four fires have covered over 116,000 acres in southern California.

The fires have not only been tearing over the hills and through the brush, they have gone through neighborhoods and other residential areas as well. The wildfires have destroyed over 110,000 people’s homes and they show no signs of stopping.

Morale has been going down for fighting the fires, since firemen have been feeling helpless against the fire and are struggling to get a grip on this horrendous disaster.

The southern United States has found itself in another winter weather predicament as snowfall has hammered the south, once again. All throughout the southeast, businesses, schools, and government offices are closing to keep residents safe from the dangers of black ice and too much snow build up on the roads. However, to the northern states, the snow build up is nothing, as most deep south states are not receiving more than a couple of inches.

The south has decided to close down many organizations because of fear of what could happen. This phobia dates back to the 2014 snow storm that put Atlanta at a stand still. To some states, this winter weather arrival is an extremely rare occurrence, as this line of storms has hit both New Orleans and parts of southern Texas.

The storm won’t stay long in the south, as it will continue along its path and eventually end up in the Northeast over the weekend.