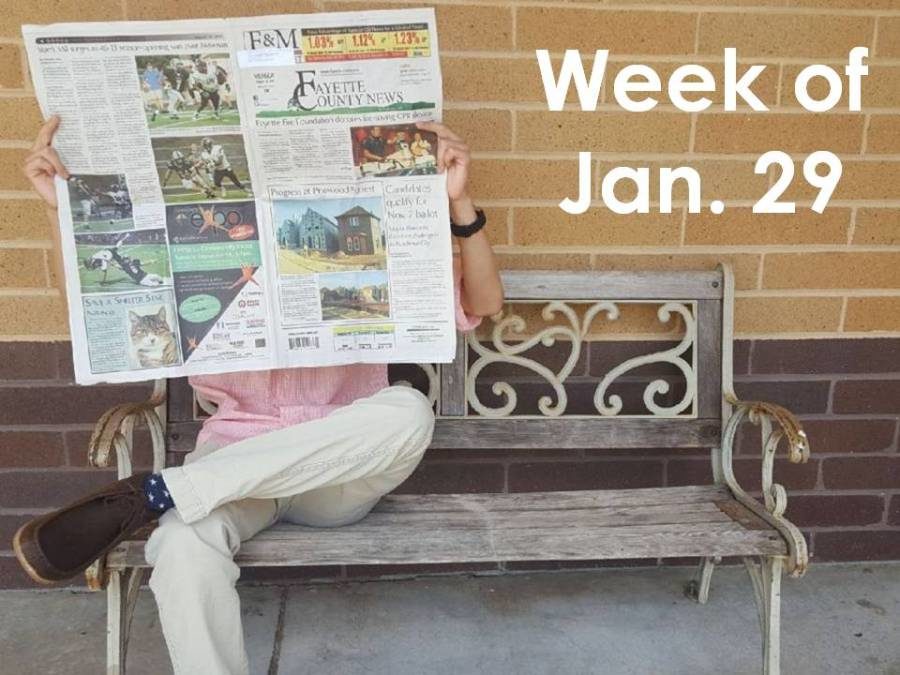 After what felt like the longest month ever, January has finally come to an end. In the course of less than four weeks, students at the Mill experienced four snow days, several field trips, including the annual Close Up trip, and another successful month full of awards. Now, February has finally arrived bringing another exciting month and a groundhog announcing six more weeks of winter. So as one month ends and another opens, it is time to see what news headlines ended January and opened February. With the loss of a Cleveland Indian, a canceled Chinese flight, and Trump’s State of the Union Address, The Prowler has the stories.

On Monday, Major League Baseball commissioner Rob Manfred reported that the Cleveland Indians will no longer feature their signature Chief Wahoo character. This comes after years of growing discontent over the ‘racist’ stature of the character. The action of slowly replacing the figure has taken place over the past couple of years by taking signs of him down around the stadium and by removing his image from team hats.

This controversial decision was one of the first of its kind in major league sports. Now, the focus shifts to the Washington Redskins. It is likely it to will change names due to the current fight on this issue.

Flights canceled between China and Taiwan (1/30)

Lunar New Year holiday, also known as the Chinese New Year, is approaching, but the Taiwan government has refused to let airplanes fly between mainland China and Taiwan. Therefore, the two main airplane lines in China, known as China Eastern Airlines and Xiamen Airlines, have decided to cancel about 200 flights planned over the holiday.

Earlier this month, the Civil Aviation Administration of China announced opening four routes between China and Taiwan to make the travels easier for the holiday. However, Taiwan’s Civil Aeronautics Administration said opening these routes has not been discussed and the routes have safety risks. Nonetheless, despite Taiwan’s claim, China Air Transport Association have proposed that the International Civil Aviation Organization verified the routes not having any safety risks.

On Tuesday night, President Donald Trump delivered his first State of the Union address before the assembled U.S. Congress. In his speech, Trump discussed a variety of issues, including immigration, economic success under his administration, and North Korea. President Trump called for Congressional unity to help solve immigration issues, taking time to honor the parents of two children murdered by MS-13 gang members. President Trump discussed the dangers of allowing North Korea to pursue nuclear weaponry, while recognizing the parents of Otto Warmbier, who died after being imprisoned in North Korea. As can be expected, President Trump also took time to brag about economic improvements from the past year. Some other issues he addressed were infrastructure, national pride, and supporting U.S. troops overseas and at home.

In this almost childishly angry political climate, it was also expected that President Trump’s opponents would protest his address in some way. Some Democratic Congressmen and Congresswomen attending the speech chose to remain seated while the rest of the attending audience stood to honor veterans, the aforementioned parents of Otto Warmbier, and all other recognized attendees. One representative even walked out mid-address.

After years of the negative effects of false beauty standards corrupting teens and women’s ideals of appearance, CVS is taking a stand against digitally altering images. CVS has professed they will stop materially altering all of their beauty imagery and is asking their partnering makeup brands to do the same. The flawless images that are being removed poorly reflect what one actually should expect to look like in real life.

Eighty percent of women have expressed that images of women in the media make them feel insecure about their own appearance. Along with women’s self doubt, these unreal standards have been linked to teen depression. Teen depression rates skyrocketed between 2005 and 2015 and the vast majority of these depressed teens are teenage girls. CVS hopes that their action in this movement will persuade fellow companies to join in and put an end to these false expectations.

This week the Dow Jones Industrial Average plunged 600 points, the worst weekly drop the Dow has seen since early 2016. The Dow is a measure of the stock market that investors use to determine the health of the economy. The drop is contrary to claims made by President Donald Trump in his State of the Union address earlier in the week.