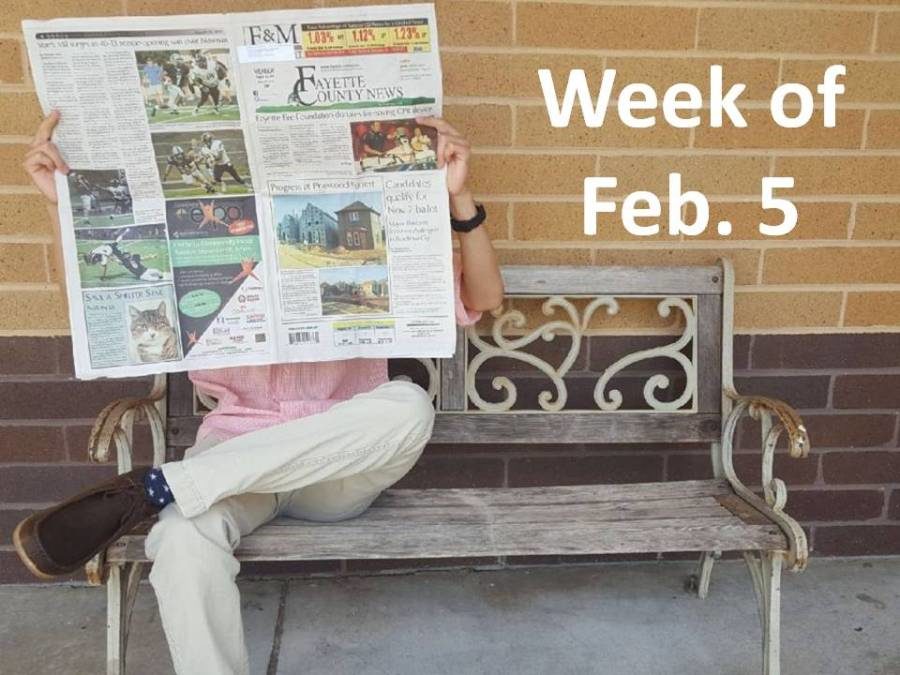 Let the headlines,we mean games, begin! The United States has just experienced one of the largest weeks in sports with the Super Bowl this past Sunday and the Olympics kicking off Thursday. Super Bowl LII was played in Minneapolis, Minn., on Feb. 4, pitting the New England Patriots against the Philadelphia Eagles. After four long quarters and a half time performance by Justin Timberlake, the Eagles walked out victorious for the first time in Super Bowl history. To add to the week of athletics, the Winter Olympics started yesterday in Pyeongchang, South Korea. With all these events going on, however, news cannot be forgotten. With a Colts linebacker killed by an undocumented immigrant, the Los Angeles Times being sold, and the SpaceX launch, The Prowler has the stories.

As the Winter Olympics are quickly approaching, the excitement around them mounts as well. However, with growing tensions around the world, especially as the games are being held in South Korea, the officials planning this massive event cannot be too careful. Their form of careful involves drones.

While the airspace surrounding the Olympics has been declared a no-fly zone for unauthorized aircraft, drones will be used to protect the athletes and spectators from harm. There have been no specific threats. However, in the event of a rogue drone, trained professionals will deploy their own drones to catch and disable it. Security is also prepared for the worst case scenario, a bomb-carrying-drone, as they have trained and can shoot one out of the sky before injuries or casualties take place.

Early Sunday morning, Indianapolis linebacker Edwin Jackson was killed in a car accident. Police say that it was drunk driver who was later found to be an undocumented immigrant. The drunk driver, Manuel Orrego-Savala, was found to be, “a citizen of Guatemala who is in the United States illegally and was deported twice.” U.S. immigration has not placed a hold on Orrego-Savala.

Meanwhile, the Colts have been mourning the loss of their linebacker. Originally from Atlanta, Jackson had made a home with the Colts in Indianapolis. He joined the team after graduating from Georgia Southern in 2015.

The Los Angeles Times, described as struggling, was bought out by biotech billionaire Dr. Patrick Soon-Shiong for $500 million. The recent turnover in ownership for the fourth-largest newspaper in the U.S. has left some people optimistic and others skeptical. This isn’t the first time someone of billionaire status has bought out a newspaper. A prime example goes back to The Washington Post in 2013, when Amazon founder Jeff Bezos bought out the renowned establishment for $250 million, later rejuvenating the paper.

The trend of people of wealth buying newspapers has led to a new question: will these new owners use these newspapers for their own personal agenda? Although it has been noted that Bezos has kept independence at the Post, Soon-Shiong has reportedly been the subject of unflattering reports, some of which have been in the Times, which have raised questions on his business practices. He has denied all claims as false allegations.

SpaceX launched the world’s most powerful rocket into orbit around the sun. The Falcon Heavy rocket contained 27 engines, generating over 5 million pounds of thrust. This makes it the most powerful rocket ever by a factor of two, capable of lifting double the payload of the Delta IV Heavy rocket. Since this was just a test launch of the rocket, the payload was not a satellite or a team of astronauts — it was a Tesla Roadster.

SpaceX has been working hard at bringing back space exploration by privatising the space exploration industry. The best part of their methods is the use of reusable rockets. The Falcon Heavy’s two side boosters both landed successfully at Cape Canaveral after launch.

Unfortunately, the central core failed to ignite all of the necessary landing engines and crashed into the ocean. This test managed to place a car in Earth’s orbit, demonstrate SpaceX’s ability to land multiple boosters at once, and set new goals for a company that already is making history.

The president signed a new budget deal into effect. This deal was already passed by both houses late last night and came to President Trump’s desk this morning. This is especially noteworthy because it is keeping the government from another shutdown.

The massive spending bill has been a large bipartisan issue over the past few months, and with many Republicans and Democrats voting against party lines, the vote could have gone either way. The bill also included raising the debt ceiling for the United States, which was on target to being reached next month. This whole debate has shown that even when the government is as divided as ever, compromise may be reached. Hopefully this is a progressing trend as 2018 continues.