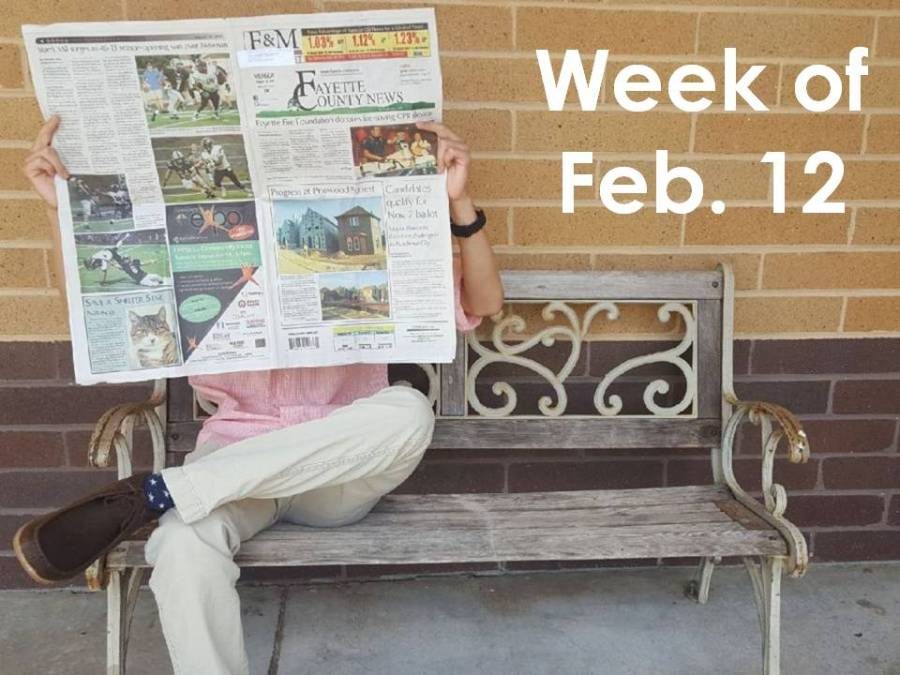 A feeling of love filled the hallways of the Mill this week, with Valentine’s Day being celebrated on Wednesday. Students fell head over heels for their significant others and enjoyed romantic evenings that will make the record books. However, love was only in a few headlines this week, as a dark aspect of the world was shown in some stories. With a school shooting, the death of the president of Denmark, and a new victory in the war on cancer, The Prowler has the stories.

Barack and Michelle Obama’s official portraits were revealed Monday at the Smithsonian’s National Portrait Gallery. After viewing over twenty artists’ portfolios Barack selected Kehinde Wiley as his artist and Michelle chose Amy Sherald. Both artists are known for their unique styles. Wiley and Sherald will be the first two African-American artists to execute official presidential portraits for the National Portrait Gallery.

The former president’s portrait depicts him sitting in green foliage with symbolic flowers peppered throughout. Sherald’s portrait shows the former first lady in a beautiful white dress with a halter neckline and splashes of colorful geometric shapes. The portraits open to public viewing starting Feb. 13, 2018.

Scientists have moved one step closer in curing cancer. A new form of medicine called Nanomedicine may make it is possible to shrink tumors by cutting off their blood supply using microscopic robots. They are programmed to target a certain protein that is normally found in cancerous tumors that helps find them in order to do their job.

Hao yan, Director of the  ASU Biodesign Institute’s Center, hopes to create the revolutionary medicine and technology faster than anticipated. The problem in using technology is that it is difficult to solely target cancer cells without harming the body’s healthy cells. Fortunately, in this five-year study, the nanorobots have killed tumor cells with relatively no lingering side effects in pigs and rats. Yan hopes that this is the end of the beginning of nanotechnology.

After living a long life of 83 years, Prince Henrik of Denmark died of lung disease. He had been admitted to the hospital a month earlier because of the disease and was also suffering from dementia. However, he did not die in the hospital. Just hours before his death, “the prince was discharged Tuesday to spend his “last days” at home.” His wife, Queen Margrethe, was by his side when he died.

Despite their happy marriage, it seems that Prince Henrik of Denmark is still bitter from when his wife, the queen, did not name him as king. Months before he died, he requested to not be buried next to his wife. The palace’s communications chief said that “For the prince, the decision not to be buried beside the queen is the natural consequence of not having been treated equally to his spouse — by not having the title and role he has desired.” The Queen has accepted this statement, and will still be buried at the Roskilde Cathedral.

School Shooting in Parkland, Florida claims the lives of 17 people (2/15)

A shooting at Marjory Stoneman Douglas High School in Parkland, Fla., has claimed the lives of 17 students and staff. The shooter has been identified as 19-year-old Nikolas Cruz, a former student of Marjory Stoneman, who was expelled due to disciplinary reasons.

An American flag at Hurricane High School in Utah was destroyed and replaced with an ISIS flag sometime Thursday. The flag was left tattered and shredded at the scene. The words “ISIS is COMI” had also been spray painted on the side of the school. The Hurricane police are unsure if the perpetrator is a current student or someone from the community.

Officers have reassured everyone that they are safe, with no delay in classes. The ISIS flag has been replaced with a new American flag and picture of the ISIS flag has been sent to the FBI for analysis. The police has no current leads and the investigation is still ongoing.