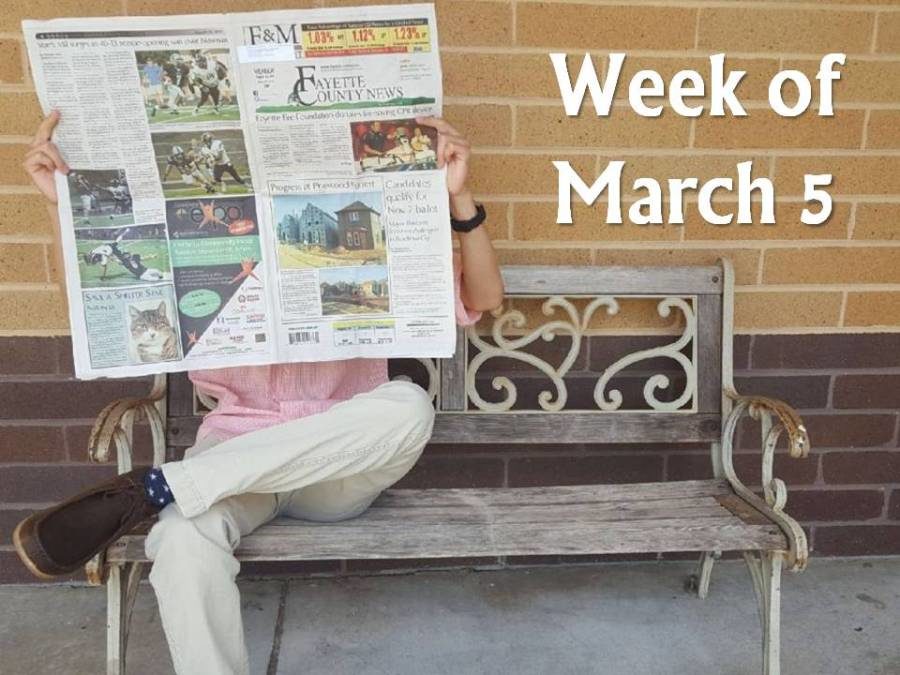 The back to school slump has already grasped Mill students who are just two weeks removed from Winter Break. As the slow moving days progress, everyone is counting the minutes left until the highly anticipated Spring Break. However, the lack of major school events is not helping with the waiting process. Fortunately, if it’s excitement you are looking for, the Mill will get its fair share next week with a student gun control protest scheduled and the opening of the Drama Department’s spring musical, “The Wizard of Oz.” In the meantime, here’s a few current events to get you to the interesting week to come. With a West Virginia teacher strike, a missing model, and some major snow storms, The Prowler has the stories.

Monday marked the eighth consecutive day of a teacher strike in West Virginia. AP News reported that teachers showed up in thousands at the state capitol in hopes of lawmakers approving a five-percent pay raise. However, lawmakers did not agree to the terms which forced school districts to cancel school. A four-percent pay raise was eventually agreed on for the West Virginia teachers, who are the lowest paid teachers in the nation, but the teachers still continue to strike.

The Capitol closed on Monday due to security concerns after 5,000 people entered the building, although it reopened an hour later. Schools closed again on Tuesday after no decision was made regarding teacher pay, forcing parents to scramble in an attempt to find child care. Teachers, bus drivers, and others collected food for students who depend on school for breakfast and lunch. There does not seem to be an end to the delegations in sight.

This week, the United States and South Korea initiated talks with North Korea. These talks are set up a face to face meeting with representatives with the countries, and as of Friday, South Korean officials are on their way to North Korea. Most shocking of all, President Donald Trump and Kim Jong Un plan on meeting each other in person in the following months.

This is especially shocking because months ago, the two leaders were throwing insults at each other, including Trump calling Kim Jong Un “Rocket Man.” One can only imagine what would go down in a meeting between the two and hopefully the whole plan to meet doesn’t blow up in their faces.

Model and aspiring actress Adea Shabani is missing and was last seen on Feb. 23. Currently, $25,000 is being offered to ensure her safe return to her family and friends. Originally from Macedonia, she came to L.A, in order to pursue a career in acting. Currently, she has been unreachable on social media, and texts have gone unanswered.

Shabani’s family has come from Macedonia to aid in the ongoing investigation of their missing daughter. Her father has hired a private investigator hoping that these actions will make their daughter’s safety more likely, if not one- hundred percent likely. With all that is going on in order to locate her, Shabani’s fans and family all hope that she returns safely.

Two nor’easters leave the Northeast powerless, with a third storm on the horizon (3/8)

In less than a week, two nor’easters barreled into the Northeast. The combination of heavy wet snow and high winds have knocked down trees and power lines, leaving nearly one million homes and businesses without power. Thousands of flights have been delayed and cancelled. With all of these complications, and the possibility of a third storm commencing in just a few days, those living in the region are left feeling hopeless.

Weather forecasters hope the third storm will be a close call that will avoid Philadelphia up to New York City and Boston. Nevertheless, New York City authorities have prepared hundreds of snowplows, some being converted garbage trucks, to prepare for the storm. People are being urged to stay off the streets and use public transportation if necessary.

Tariffs on steel and aluminum may cause trade war (3/9)

Earlier this week, President Trump signed a deal imposing a 25% tariff on steel imports and a 10% tariff on aluminum. So far, only Canada and Mexico are exempt from this proposed tariff, but Trump states that there are openings for more exemptions. Experts believe that this will help many American businesses because it will raise the prices of these products and in the end help struggling companies.

These tariffs, however, will not be helping everyone. Several foreign countries are not pleased with this decision and worry that it will mess up trade. Others are worried that the U.S. will go about implementing these tariffs. Many countries have stated that if they are hit with these tariffs, they will not take it lightly. This response has raised worries of a trade war on the horizon, which is escalating foreign affairs. These tariffs on steel and aluminum will take effect in 15 days.