Walk into the week of news 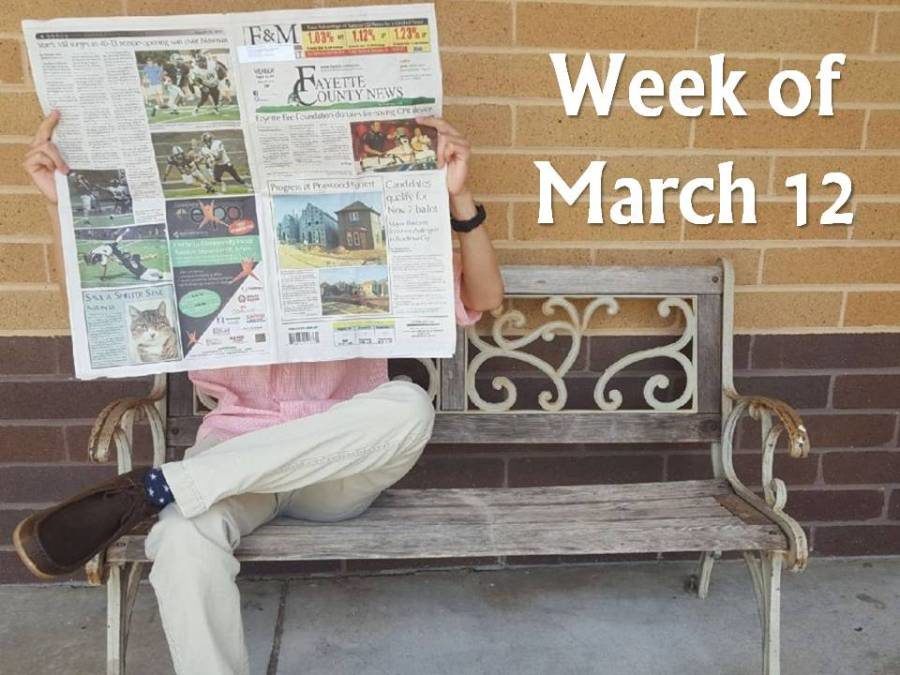 News headlines flew across the country this week as students walked out of their schools nationwide. Along with that, students at the Mill are wrapping up their second long week of March. Spring Break is only two weeks away, so for the students ready to give up on their schoolwork, there is light at the end of the tunnel. This week, deadly accidents occurred, including a bridge collapse in Florida and a helicopter crash in New York. With students crawling their way to the end of the week, the Prowler has the news.

A Liberty Helicopter in New York City crashed into the East River near the Roosevelt Island at 7 p.m. on Sunday. The helicopter, a Eurocopter AS350, was lifted up from water on Monday afternoon to be examined by the National Transportation Safety Board. None of the passengers in the crash survived except pilot Richard Vance. The five victims of this crash were reserved for a private photo shoot on the day of the crash.

Liberty Helicopters, already having two incidents in the past, is being examined and the Federal Aviation Administration plans on stripping them of their FAA operating certificate until the crash is fully evaluated. The National Transportation Safety Board will examine the pilot’s training, experience, response to the crash, and other factors, such as weather. The preliminary report and a probable-cause accident report of the crash will be released when the investigation is over. Meanwhile, Liberty Helicopters has stated that they will be supporting the families affected by the crash while cooperating with the FAA and NTSB on the investigations.

A 1.6 million year old Megalodon shark tooth was stolen from a national park in Australia. The large fossil was taken from an undisclosed location on the west coast of Australia. The three-inch-long tooth was discovered on the side of a rock and was found in the Cape Range National Park.

The location of the ancient shark’s tooth was kept semi-secret and only a handful of people knew of the location. The Western Australian Department of Environment and Conservation revealed that the tooth was put in a “semi-secret” location and that it was removed with a hammer and chisel. The Parks and Wildlife department of Australia is currently investigating the whereabouts of the rare fossil. More developments are likely to emerge throughout the following weeks.

Exactly one month after the school shooting at Marjory Stoneman Douglas High School in Parkland, Fla., students left their classrooms and took to the streets. At 10 a.m., students across the nation walked out of their schools in protest of gun violence and school shootings. At many schools, the teenage protestors were encouraged to speak up for their beliefs. However, there were many others who faced disciplinary consequences.

Protesters shared their beliefs in a variety of different ways as many students only walked out for 17 minutes as a memorial to the 17 victims the shooting. Others marched into the streets and central locations in their city while carrying signs and chanting. While the forms of protests were widely varied, the results have been the same. Due to protests prior to Wednesday, Florida raised the minimum age to buy a firearm to 21 and extended that wait period to three days. On a national scale, students have had less of an impact as President Trump abandoned gun control proposals.

The Food and Drug Administration has taken the first steps in removing the addictive nicotine from cigarettes. Under law, the FDA cannot fully remove nicotine from cigarettes. However, they can limit it. The FDA started their push to lower nicotine levels last summer, but this Thursday they brought new details that show how lowering nicotine levels can lead to less smoking in the near future.

The FDA wants to remove 80% of nicotine from cigarettes. They estimate that if they do this, the smoking rate in the U.S. could drop to 1.4% by 2060. They also believe that within one year of implementing nicotine limits, about five million smokers would quit. The FDA says that while nicotine is not deadly, it is addictive, and that if smokers are not as addicted to cigarettes they are more likely to attempt quitting.

On Thursday, disaster struck at the Florida International University’s new instant bridge when the structure came toppling down. The bridge was under the construction of the MCM Construction and Figg Bridge Design companies who have teamed up on various projects before. Workers from the companies were testing the bridge with a stress test when it fell. Now the team of companies is under much scrutiny as the bridges destruction killed six people.

Both companies in charge of the bridge face two major factors against them in pinpointing the culprit that designed the bridge poorly. One is the fast pace construction of the bridge as the entire project was rushed to completion. Another is the hiring of untrained, poor workers, since MCM had been hit with a lawsuit earlier this month for hiring workers who couldn’t perform the tasks required.

This unfortunate bridge project just adds to the giant list of problems both companies have created in their constructions over the years.