Headlines for the start of spring 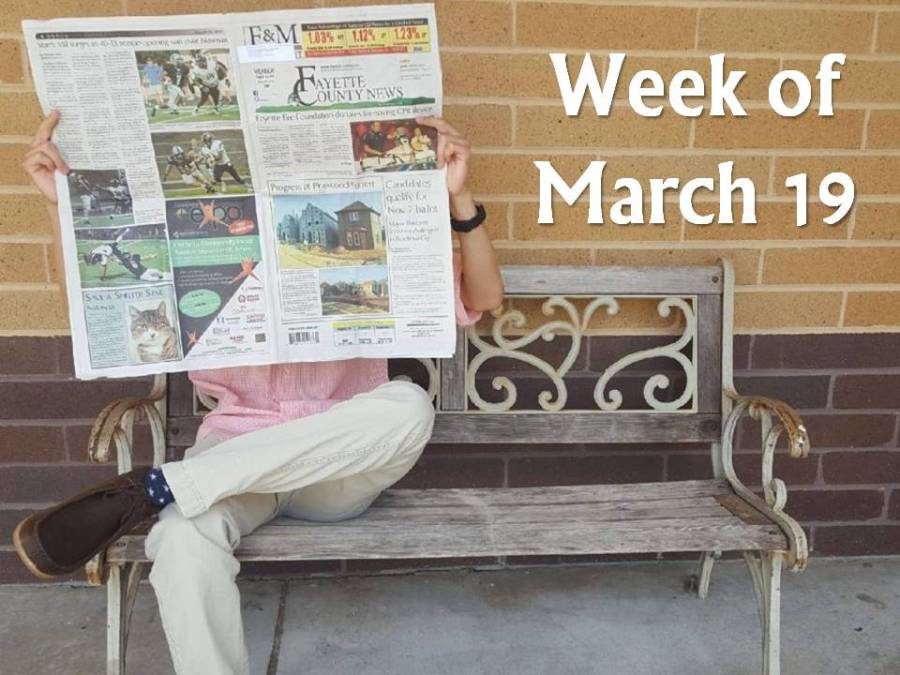 At the conclusion of the third week of March, students are crawling closer and closer to their much needed spring break. News around the country this week included a series of bombings in and around Austin, Texas, and yet another school shooting in Maryland. As violence occurs around the country, allergy season has made its way to Georgia and pollen is beginning to go everywhere. With a historic discovery, a new Marine mascot, and a bombing, The Prowler has the stories.

The fourth bomb in a month has exploded in Austin, Texas, confirming the fears of terrified citizens that a serial killer is at work. It is further worrying that the bomb had been located by a residential road where many people had the potential to be injured. Previously, they had been left by houses and seemed as if they were targeting specific people.

There has been speculation that the attacks were race oriented, but this time the victims were white men, who are expected to recover. It removes suspicions that the bomber was targeting certain people leaving the police with no leads, except the bombs are skillfully made. It is possible that the bomb-maker is affiliated with military connections.

Yet another school shooting (3/20)

Despite the huge movement for stricter gun control to end school shootings since the Parkland shooting last month, yet another school shooting has taken place this month. This time it was at Great Mills High School in Maryland. Before classes began on Tuesday morning, 17-year-old Austin Wyatt Rollins brought a gun into school and shot at a classmate. Jaelynn Wiley, the victim, has since been in critical condition.

The school resource officer did arrive on the scene and shot at Rollins in retaliation. Rollins was killed, but police are unsure if it was from his own gun or from the resource officer. A 14-year-old student was caught in the crossfire. He is alive and well, but authorities aren’t sure who shot him either. Police are also investigating the motive of the shooter. They believe that it may be due to a relationship between the female victim and the shooter.

It’s long been believed that gold from the Civil War was lost somewhere in Dents Run, Elk County, Pennsylvania. In 1863, prior to the battle of Gettysburg, the Union army attempted to transfer millions of dollars, in today’s money, of gold bars through the Pennsylvania wilderness. According to stories, some of the gold remains hidden in the mountains. After decades of searching, Finders Keepers USA search organization revealed what they believe to be the location of the treasure.

After this revelation was made, the F.B.I. arrived on site to investigate and excavate the area. Treasure hunters stated that they could not obtain the permits to excavate the area to search for and find the gold themselves. It’s concluded that the F.B.I. must have had substantial evidence that the fortune was buried for them to send in investigators. The F.B.I.’s investigation, which was said to be court ordered, ended last week with no evidence found.

Since 1957, the Marine Corps have had an English bulldog mascot named Chesty XIV.  Chesty XIV is one in a series of Chesty’s named in honor of Lt. Gen. Lewis B. “”Chesty” Puller Jr.

Chesty XIV has been on duty since April 2013 and will retire before next year’s parade season once his successor, Chesty XV, has completed training.

Chesty XV’s job as the Marine Corps mascot is to be a morale booster. He is expected to participate in his first parade event this July.

A Revolutionary War era ship was found in Alexandria, Va., on Friday. The ship’s exact age is unknown as its model type was used in both the 1700’s and 1800’s to transport slaves from Africa to the American south. This is the second major historic ship archaeologists have found this year and the fourth since 2015.

Another ship was also found in Mobile, Ala., earlier this year. This ship proved unique in that it was the last ship ever to bring slaves to America. It also was an exciting discovery, because it was the first since 2016, when a Civil War steamer was found off the coast of Oak Island, N.C.

Remains of a Civil War Confederate ship were also found in the Savannah River in 2015.