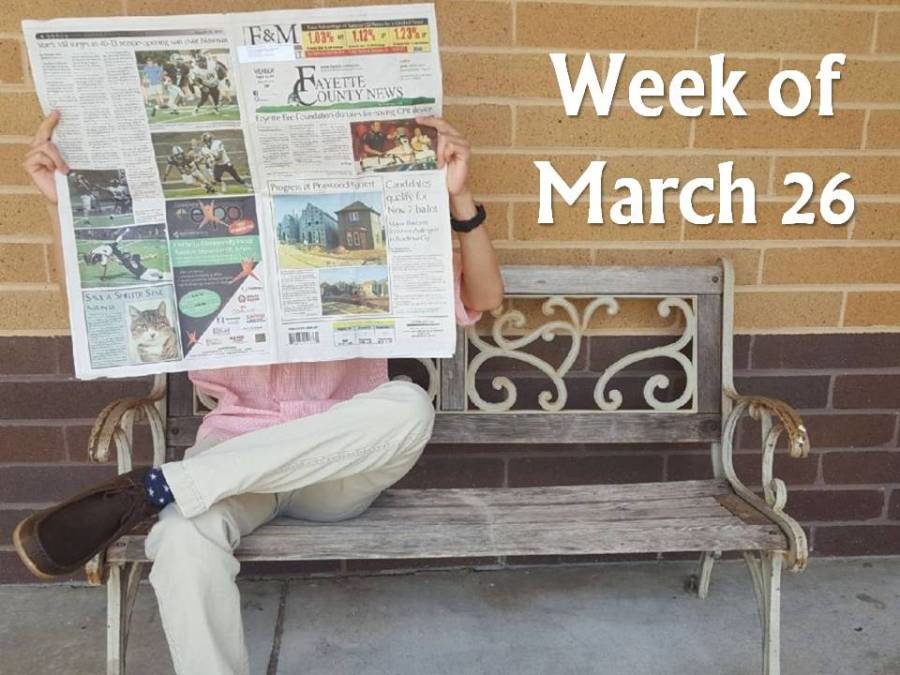 It’s Friday afternoon. 7th period. Students are counting down the final seconds that stand between them and their freedom, more commonly known as spring break. After five long, torturous weeks, students finally will get five days of joy and fun under the sun, as the tough month of March is finally over. But before that bell can ring and the fun can start, one more round of news needs reporting. With a mall fire, fighting flyers, and a ghost galaxy, The Prowler has the stories.

A tragic incident happened Sunday when people were killed by a fire that occurred in the Siberian mall in Kemerovo, Russia. The fire started around 5 p.m. when a trampoline, made with foam rubber, caught on fire in the children’s entertainment room. The mall contained a movie theater, a skating rink, and an entertainment center for children. At least 64 people died as a result of the fire.

The Russian authorities who looked into this case reported on Monday that the emergency exits at the mall were blocked during the fire and a security guard had turned off the fire alarm system. Videos posted on social media showed smoke coming from the building and people on upper floors jumping off without any cushions underneath to protect them. Russian health minister, Veronica Skvortsov, has said that some of the bodies were so badly burned that the authorities may be able to identify them only through DNA.

Passengers kicked off flight for fighting (3/27)

On Tuesday, a group of passengers got kicked off of a flight from Manchester to Las Vegas. Thomas Cook Airlines kicked the five passengers off of the plane for fighting with one another and even with other passengers. They even apparently tried to light a cigarette on the airplane as well. Even when the group was warned of their behavior, they persisted with the disruptive behavior, threatening those who told them to calm down.

The group was on their way to Las Vegas for a bachelor party. Due to the rowdy group, the plane had to make an emergency landing in Winnipeg, Canada, where they were taken off the plane and arrested by law enforcement there.

Meth distribution dismantled, resulting in the arrest of three (3/28)

On March 13, Angela Spencer was arrested for the possession of methamphetamine, after already previously having three arrest warrants. Apparently they were put into her possession by Stephanie Cecil, immediately prompting the police search Cecil’s house on March 14. In Cecil’s house, the authorities located a methamphetamine distribution operation which they immediately dismantled. They also found another person involved in the operation, Travis Sneed, hiding under a bed

Spencer is in Bartholomew County Jail for possessing the drugs, but she has a $127,000 bond. Stephanie Cecil and Travis Sneed are in jail as well for charges of drug dealing and maintaining a common nuisance. They are both being held without bond.

Earlier this week, the driver of a Tesla Model X crossover SUV was killed in a fatal accident. It’s unclear what caused the wreck or if the car was in the autonomous driving state. U.S. authorities as well as Tesla are both currently conducting investigations of the crash.

The Tesla smashed into the median barrier of Highway 101 in Mountain View, California. Tesla has been under fire over the past year after multiple fatal crashes mainly surrounding their cars’ autopilot mode. Following the accident, Tesla’s stocks dropped 7.7% to $257.78, the lowest point they have reached in a year. Due to these events, Tesla is expected to miss this year’s production goal which will further damage their stock situation.

A team of scientists from the University of Toronto, Yale University, San Jose State University, University of California Observatories, the Harvard-Smithsonian Center for Astrophysics and the Max Planck Institute in Germany discovered a galaxy 65 million light-years away that appears to contain no dark matter. This discovery has scientists baffled, as dark matter is believed to be necessary for galaxies to form.

The galaxy, nicknamed NGC1052-DF2, is approximately the same size as the milky way, but only contains 1/200 as many stars. The Milky Way has at least 10 times as much dark matter as all its stars and gas combined, but Galaxy DF2 does not. This discovery has led scientists to search for more galaxies that lack dark matter the way DF2 does.