Back from break, back to headlines 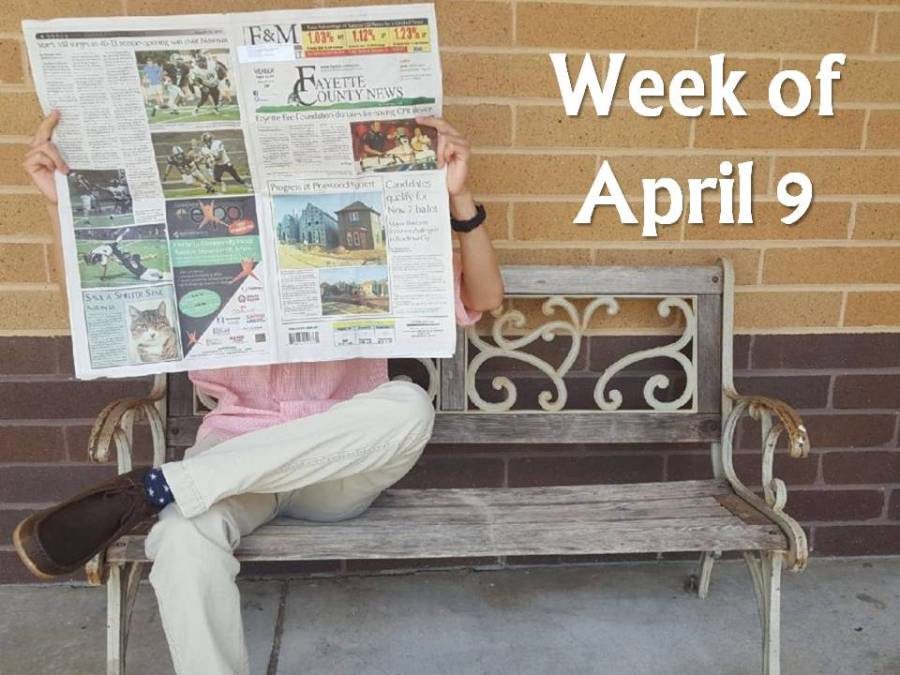 Disappointment and gloom has filled the halls of the Mill this week as students have returned from spring break with the fun and the freedom of summer still far off. To make matters worse, back-breaking work has been pushed by all teachers with the the dreaded Georgia Milestones and AP tests fast approaching. News also has taken a sour turn this week with disaster breaking throughout the world. With a fire at Trump Tower, a school bus crash in India, and world leaders excluded from a royal British wedding, The Prowler has the stories.

President Donald J. Trump owns a penthouse that was made victim to a fire on April 7 which firefighters heroically managed to put out despite it injuring four firefighters and killing one resident, 67-year-old Todd Brassner. Two other residents were burned, but their injuries were not life-threatening. Firefighters are still figuring out what caused the fires, but they believe it is because the building lacks a sprinkler system.

This is not the first time there has been a fire associated with the apartment complex. On Jan. 8, there was an electrical fire that resulted in injuries to three people. There were no evacuations for the fire located on top of the building, rather than in the building.

For both instances the fire was handled as quickly as possible to prevent the most complications possible. It is believed that the fires are caused by there not being a sprinkler system in the building due to Trump’s fight against having it installed when the regulation passed in the 1980s.

A school bus fell off a mountainside killing several children and adults on Monday in New Delhi, India. The bus was carrying elementary school students from a private school in the state of Himachal Pradesh in the Himalayas.

There were 40 people on the bus during the crash which killed 23 children aged four to 12. Also, four adults, the bus driver, two teachers, and an unidentified person who hitched a ride on the bus died due to this incident.

When the bus fell into a deep ravine around 3:15 p.m, between 300 and 400 local residents ran to the site to help the trapped passengers. The bus was so badly crushed, people had to use rods and stones to open up the bus. The bodies of the passengers were sent to the government mortuary in Nurpur and were covered with sheets until their families came and identified them. Twelve of the children are still in the hospital with one in a critical condition.

England’s Prince Harry is set to marry American actress Meghan Markle on May 19 of this year, but there won’t be major politicians attending the wedding. U.S. President Donald Trump, former U.S. President Barack Obama, and British Prime Minister Theresa May will all be omitted from the reception in this spring’s ceremony. Despite the Obamas being well-known friends of the royal couple, they will still not be present.

In 2011, when Prince Harry’s brother, Prince William, wedded Kate Middleton, 260 government officials from around the world attended the ceremony. The U.S. president at the time, President Obama, also did not make an appearance at this wedding, but leaders from Austria and New Zealand did.

Prince Harry and Meghan Markle’s wedding ceremony is prospected to be much smaller than Prince William’s, which could explain why politicians will not attending.

This past Saturday, there was a chemical weapons assault in a Damascus suburb in Syria. Many people were injured or killed in the attack, and it isn’t the first time. It is estimated that there have been at least 34 prior chemical attacks during the conflict in Syria. It is also believed that the attack was carried out by the Syrian government, lead by President Bashar al-Assad, against its own people.

Using chemicals as a battle strategy is a serious war crime. After the events of WWI, world leaders decided on this, but it hasn’t seemed to stop Syrians and many other governments using that strategy during this war.

Several western countries, including the U.S., are outraged with these attacks. President Trump himself has commented on it as well, even threatening military aggression, although it is unclear if or when this will take place.

On Tuesday afternoon, sophomore Kyle Plush from Cincinnati, Ohio, left school to go to a tennis match. Soon after 3 p.m., police received a phone call from Kyle begging for help and claiming he had gotten stuck under a foldable seat within his Honda Odyssey van. After the first call, dispatchers arrived at Seven Hills High School and found no van with a teenager inside of it. The search lasted eleven minutes, and they called it off before receiving another call from Kyle.

The second call lasted two minutes as he disclosed to officers what type of van he was in and claimed that he didn’t have much time left. There was no response on the phone from the police, and officers on-scene mysteriously never received this information to locate the van in the parking lot. Kyle wasn’t found until 9 p.m. that night by his father who had used a phone-locating app. The teen had died from asphyxiation due to chest compression.

Officials are now investigating how the teenager got trapped in his seat to begin with and whether the second call made by Kyle was handled appropriately by the dispatcher. The call operator is currently on leave as the investigation takes place.