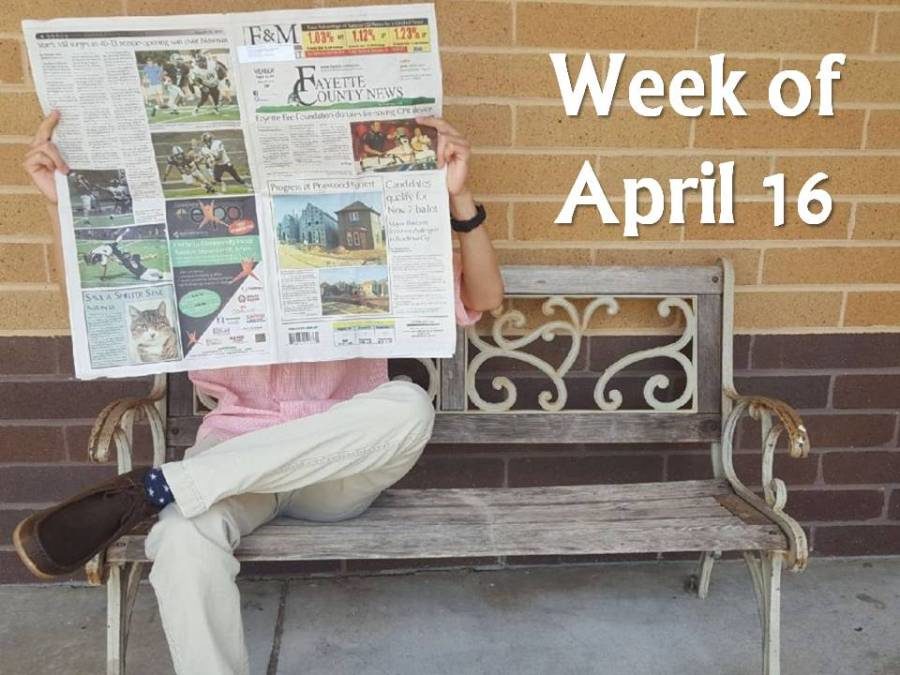 The last regular week of school before the month of endless testing that comes with the end of the year has arrived at the Mill. While for most students this past week just consisted of various reviews, for some, the week was used as an exercise of their first amendment right. Protests have been found at both Starr’s Mill and around the nation with junior Jacob-Justbuddy deciding not to take his Georgia Milestones, students around the country partaking in walkouts for gun control, and nearby Newnan, Ga., preparing for a highly publicized neo-Nazi rally. To add to this week of demonstrations the normal weekly headlines can be mixed in making for one hectic news week. With a nanny murder trial, accusations of collusion, and the death of star, The Prowler has the stories.

During the Nanny Murder Trial, the nanny, Yoselyn Ortega, released to the court that she was not responsible for the murders of two kids due to her believed mental illness. Without any proof of said symptoms, prosecutor Stuart Silberg informed the jury that she intended to hurt the mother in “the worst possible way.”

On April 16, 2018, the closing arguments release showed opposing arguments between Ortega’s lawyer and Silberg in trying to decide whether or not if the nanny was delusional on the night of the killings. Now with the summations, the jury decides whether the nanny is to be found responsible for the murder by mental illness.

For several weeks now a national group of neo-Nazis has planned a rally for April 21 in Newnan, Ga. The plan for this has not changed, although controversy has arisen over the subject. The group plans on meeting at Greenville Street Park in Newnan and officials have already approved the meeting. However, not everyone supports this gathering.

It seems that the citizens of Newnan are split over the upcoming event. Some are upset that they are disrupting their peaceful community. “[We are] not looking forward to all the drama this is going to bring to our community,” citizen Katie Trivett said. Other members of the community don’t seem to mind as much. “These people lawfully applied for a permit. They have the Constitutional right to assemble and the Constitutional right to free speech,” Valerie Stanaland said.

At 2 a.m. a woman in Indianapolis phoned for help from her local fire station for her ill pet. She claimed that her raccoon had been exposed to a large amount of marijuana. Wayne Township Fire Captain Mike Pruitt expected a catastrophe given how urgent the woman appeared. However, he was in for a surprise when she explained her situation.

There was not much the firefighters could do other than suggest the woman let the drug take its course. Because it is near impossible to ingest a lethal dose of marijuana, there is no treatment for an overdose other than time. The raccoon’s owner supposedly took her pet home to sleep.

Last Friday, a 66-page lawsuit against President Trump, WikiLeaks founder Julian Assange, and Russia, was brought to court. The lawsuit, written by the Democratic National Committee, claims that the groups conspired to racketeering, hacking, and fraudulent conspiracy. This comes after months of accusations against the Trump campaign in any intervention into the presidential election.

The Democratic party claims that this conspiracy ultimately harmed their relationship with voters. They also said that the Russians were planning on interfering with the 2016 Presidential election. Through all of this, the White House persists that the Trump campaign was involved in no collusion in order to gain an advantage against Hillary Clinton.

Electric Dance Movement star Avicii was found dead in Muscat, Oman. He was 28. “The family is devastated and we ask everyone to please respect their need for privacy in this difficult time,” Avicii’s publicist Diana Baron said. “No further statements will be given.”

Avicii had previously suffered from bouts with excessive drinking resulting in the removal of his gallbladder and appendix. Details regarding a cause of death have not been released.