Media to end the Milestones 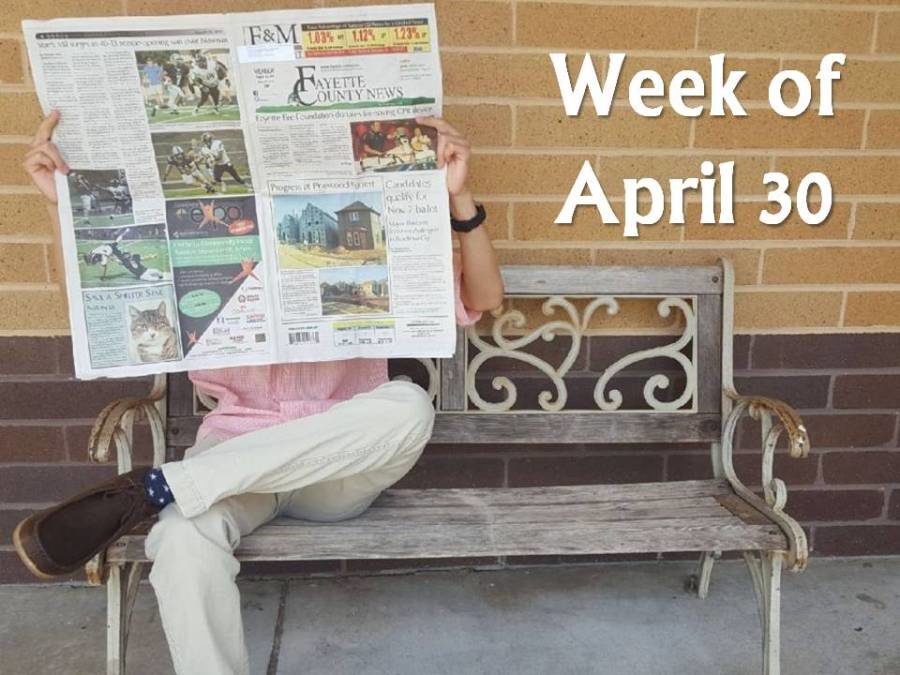 The last week of Milestone testing has brought a giant sigh of relief to students at the Mill, as the test most classes have been preparing for all year is finally over. But even with one test come and gone, students are not out of the torment yet. Both AP testing and final exams are still to come in the final weeks of school. However, whether you are celebrating the end of one type of testing or dreading another, The Prowler still has the headlines to get you through the week. With a Kanye West Twitter attack, a Marxist birthday party, and a postponed Nobel Prize, The Prowler has the stories.

Free thought, slavery, and love for Trump — one might expect these to be topics of discussion on the account of an alleged Russian bot, but instead they are all a part of Kanye West’s controversial return to Twitter. Last month, Kanye reopened his social media accounts after pulling the curtain on them last year. His return began with “philosophical” messages but quickly devolved into incoherent and controversial rambling.

“It sounds like a choice,” said West on slavery. West followed up his soundbites on slavery with praise for Trump and defense of his free speech. “I will not allow my tongue to be cut,” said West. Despite the strange tweets, West still continues to provide what appears to be life advice in tweets — “enjoy the present,” one post said.

Celebrities also find West’s comments bizzare, with singer Chris Brown firing back at West for his remarks. “THIS IS JUST ENTERTAINMENT TO YALL…,” said Brown, “THIS MAN IS A CLOWN!” Brown has cooperated with West in previous songs such as “Waves,” but Brown held back nothing when it came to West’s tweets. Is West’s return to Twitter just a publicity stunt, or does he actually believe that slavery is a choice? Only Kanye knows.

Families hoping to catch a movie in celebration of Anzac day, an Australian holiday, were traumatized by a projection mix-up at a screening of “Peter Rabbit” in Australia. Before the movie began, the theatre accidentally allowed the trailer for the upcoming horror movie “Hereditary” to play. As it played, children fled the theatre screaming, traumatized by the imagery.

“Hereditary” is no run-of-the-mill horror film. Even critics agree the movie is terrifying, with the film receiving a 100% Fresh Rating from Rotten Tomatoes after it showed at the Sundance Film Festival in January. Director Ari Aster uses disturbing imagery in the trailer, including a student slamming his face onto a desk repeatedly and a woman on fire.

The theatre issued a statement that the surprise screening was a result of a film mix-up. To compensate attendees were offered complimentary tickets. However, the tickets expired that day. The studio behind “Hereditary” commented on the event as well, joking on Twitter that they should “consider subsidizing their child therapy.”

In 1818, Karl Marx was brought into the world and thirty years later he would go on to co-author the “Communist Manifesto” with Friedrich Engels. His work would inspire revolutions throughout Asia and even in the Caribbean.

The People’s Republic of China, a product of said revolutions, threw a considerable large birthday bash for Marx this week. President Xi Jinping has even ordered the construction of a bronze statue of Marx to be offered to his hometown. Last week, Xi ordered his advisors to read the Chinese translation of his works.

The celebration is rather ironic as China has considerbaly deviated from Marx’s theology. The wealth is concentrated among a few elite members of society, and the society itself has become increasingly capitalist as the years went on. Rather than a true celebration of Marxist ideology, Xi’s party appears to be a propaganda experiment in order to keep the people satisfied as China’s economy continues to fluctuate.

Since 1901, the Swedish Academy has handed out the prestigious Nobel prizes. One of the most revered awards, the Peace Prize has been given to the likes of Barack Obama, Marie Curie, and Mother Teresa. However, this year the prize is being postponed amid scandal.

“We find it necessary to commit time to recovering public confidence in the academy before the next laureate can be announced,” academy secretary Anders Olsson said, “out of respect for previous and future literature laureates.”

The delay centers around assault allegations against Jean-Claude Arnault. Arnault is a leading cultural figure of the Swedish Academy and a prominent French photographer. He currently faces several allegations, including one made by Sweden’s Princess Victoria. The delay will not affect other award categories, only the literary award.

European Union votes to save the bees (5/4)

Bees tend to chase terrified children around playgrounds, but they also play an important role in the environment. Bees carry pollen for flowers, allowing them to grow and reproduce. However, European farmers have declared war against the bees, using pesticides that are poisonous to them.

On Friday, the European Union fired a shot in favor of the bees when members voted on a complete ban of neonicotinoids, a widely used pesticide that is fatal to bees. The ban is expected to go into effect by the end of 2018.

he ban has received praise from environmentalists alike, as it helps preserve biodiversity and the health of plants. “Authorising neonicotinoids a quarter of a century ago was a mistake,” Martin Dermine of Pesticide Action Network said. “This vote is historic.”