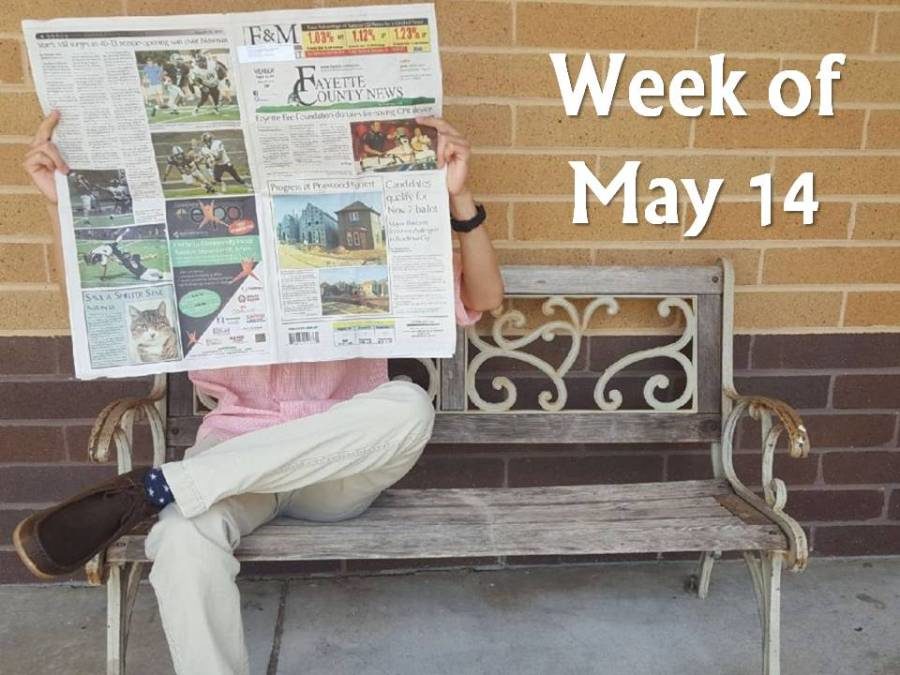 The end of the school year is right around the corner for Starr’s Mill students, as the last full week of school is finishing up. With the last two AP exams being given today and the seniors officially retiring as of Thursday, the light at the end of the tunnel is quickly approaching. However, one more week of exams still prevents the non-senior portion of the school from being done for the year. Fortunately, exam week has short days and The Prowler still has the news, so this last week shouldn’t be terrible. With a Fortnite announcement, a new U.S. embassy, and some problem-causing avocados, The Prowler has the stories.

Trump and his administration opened up a new U.S. embassy in Jerusalem to keep one of his campaign promises despite the violence on the border with Gaza. This has put the peace in the Middle East that has been so long sought after at risk. Trump has also overtly stated that the U.S. is officially on Israel’s side as of Monday.

Israel and Palestine have opposed each other since World War II, and recently Israel declared 70 years of peace. Palestine, however, remembers the day they had to move away from their land to make room for Israel as a “catastrophe.” Despite opening the embassy, Trump still wants peace in the Middle East.

At the same time, almost 40 miles away, there were riots and protests leaving 2,000 people injured and over 50 dead. The violence is affecting other countries causing Turkey to withdraw their ambassadors from Israel and Washington as well as South Africa withdrawing their envoys from Israel. France has asked Israel to control the violence and to maintain the fading peace.

Europe eating all of Chile’s avocados (5/15)

The British are becoming crazy for avocados with demand increasing by 27% in the last year. The craze does not come unpunished, however. Britain’s increasing rates of avocado consumption are beginning to deplete the Chile of its resources.

Chilean villagers complain that the water needed for irrigating the avocados is resulting in a country-wide drought. Several Chilean farmers have been using illegal pipes to divert water meant for villages in order to grow their avocados. Rivers have dried up and groundwater levels have been depleting severely.

Now, Chileans are obligated to consume water delivered by truck. Many residents are being forced to wash in rivers and use the bathroom in holes. Britain’s British Retail Consortium is discussing possible solutions to the allegations of overconsumption.

Last week, the Prowler reported on the commencement of the new Infinity Gauntlet game mode in Fortnite. The game mode has since ended, but Epic Games has new fun in store for Fortnite hopefuls.

In a blogspot published this week, Epic announced that over the summer Fortnite would be coming to Android phones. This is a huge announcement for both the gamer who has not been able to play and those who wish to be able to play on the go.

As 2018 has continued, Epic has dominated the Battle Royale scene, smashing multiple Twitch viewer records in the past 30 days. Fortnite has continued to adapt from its original player vs. environment mode, but only time will tell if Epic will be able to maintain relevance and compete with similar games.

White Rhinoceros in North Africa are hanging on by a thread. The subspecies only has two remaining females and there are currently no living males. Poachers have driven the animals to near extinction, but the San Diego Zoo has plans to keep hope alive.

On Thursday, the zoo announced a captive South African white rhino, Victoria, had been impregnated via artificial insemination. While Victoria’s subspecies of rhinos are not on the edge of extencion like the northern white rhinoceros are, the technology used for Victoria could be applied to rescuing the northern subspecies.

The research team responsible for the insemination of Victoria hopes to use the same technology to create a herd of 15 North African White Rhinoceroses. Researchers still plan to prefect the IVF method before attempting it on the North African species.

This Friday morning there was yet another school shooting, this time in Santa Fe,Texas. This marks the 22nd school shooting this year. The victims are nine students and a teacher with several more people injured including several police officers. There is also a suspect — a 17 year old student who was injured in the chaos. In addition to the shooter, an 18-year-old was also detained for possible involvement in the shooting.

The kicker to the whole situation? Students at this school participated in the walkout just a month earlier. Now, they are faced with handguns and even some explosives were found nearby. The guns used were supposedly from the shooter’s father who owned them legally.

All President Trump had say to was that “This has been going on too long in our country.” He made this statement in an unrelated White House interview.

The Governor of Texas also made a comment. “[This is] one of the most heinous attacks that we’ve ever seen in the history of Texas schools. It’s impossible to describe the magnitude of the evil of someone who would attack innocent children in a school,” Governor Abbott said.