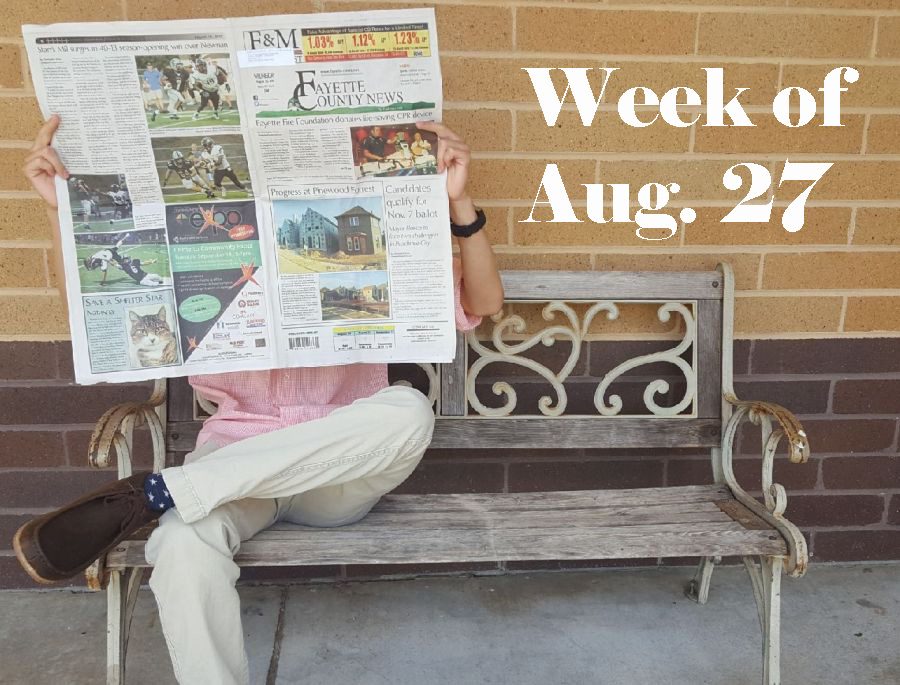 From the breaking down of the United States-Canada trade deal to the death of Senator John McCain, politics completely dominated news headlines this week. Around Starr’s Mill, students are preparing for their second home football game, and everyone here is relieved for the long weekend. Students have both Monday and Tuesday off while teachers have a professional learning day Tuesday. As everyone begins to relax into the weekend, this week’s stories have only started to develop, and they don’t seem to be calming down any time soon. With a homeless man lawsuit, the death of a legend, and an officer scandal, The Prowler has the stories.

This past weekend, senator John McCain of Arizona died of brain cancer. McCain, the two term House Representative, six term Senate Representative, and presidential candidate, was a politically outspoken veteran of the Vietnam War. He was well known for his military career in the Navy and his strong continuing support of the well-being of veterans.

The 81-year-old was diagnosed with brain cancer in July of 2017 after coming into the doctor’s office to remove a blood clot above his eye. Days after, McCain flew back to Washington to participate in the Senate’s healthcare debate.

Since his death, many politicians have reflected on the impact he had and the White House even held their flag at half mast to honor his legacy. McCain went down as possibly one of the most patriotic and selfless leaders in the United States history, and politicians may rename the Richard B. Russell Federal Building in Atlanta after McCain himself.

On Aug. 27, the members of the Peachtree City Planning Commission approved an annexation request for recommendation. The unanimous decision by the commission was to annex a total area of 105 acres of commercial properties and space on the east side of Peachtree City.

The annexation is for the construction of 93 single family homes on the property. Peachtree City has a 2-step annexation process, the first being approval by the City Council. After being passed by the council, the request was sent to the Planning Commission in order to be approved for recommendation.

The request was set forth by the developers Brent Holdings LLC and Ravin Homes. On Aug. 23, the Fayette County Commission objected to the annexation of the property, making the issue an arbitration between the county and the city government. The topic will be debated over in the following months, and Peachtree City citizens will see the situation develop over time.

Officer Gabriel Duarte of Atlanta was put on administrative leave after being alleged of a sexual assault. Duarte, an officer in the department since 2016, was put on leave after Chief of Police Erika Shields learned of the allegation.

The woman claims that she was on her way back from work at 3 a.m. while the male she was driving with sped off and crashed into a tree on Connell Avenue. She then said the male had fled the accident but that she stayed in the car.

According to the 22-year-old woman, Duarte came to the scene, handcuffed her, and put her in the back of his car, where he proceeded to sexually assault her. The officer involved has had no prior record in the department and will continue to be on leave until a formal investigation has occurred.

Couple forced to hand over funds to homeless man (8/30)

Last fall, Johnny Babbitt Jr., a homeless Man in Philadelphia, gave over his last $20 to pay for a couple that had run out of gas. The couple then began a gofundme page to raise up money for the “hero.” Overall, the couple raised roughly $400,000 to support the man.

This is the first time a dispute over a gofundme has appeared on a national level, and following the situation, rules or laws may be set in place to assure that something like this may never happen again.

On Friday, off record comments President Trump made revealed that the United States would not be reaching a trade agreement with Canada. Over the past weeks, the U.S. has been brokering an agreement with Mexico over NAFTA, and up until this point, Canada has not been a part of the discussion.

Trump was reported saying that he plans on the deal being completely on the terms of the United States, and that due to this, a deal with Canada may not be negotiable. After Bloomberg news brought this story to light, Trump slammed them for violating his terms of the off-the-record discussion. He then claimed that this is “just dishonest reporting. I am used to it.”

This situation might make the trade deal with Canada completely out of grasp, especially considering that the deadline for the agreement was on Friday, the day this report came out. This situation is still under a lot of controversy and more information along with the Canadian response will unfold in the next weeks.