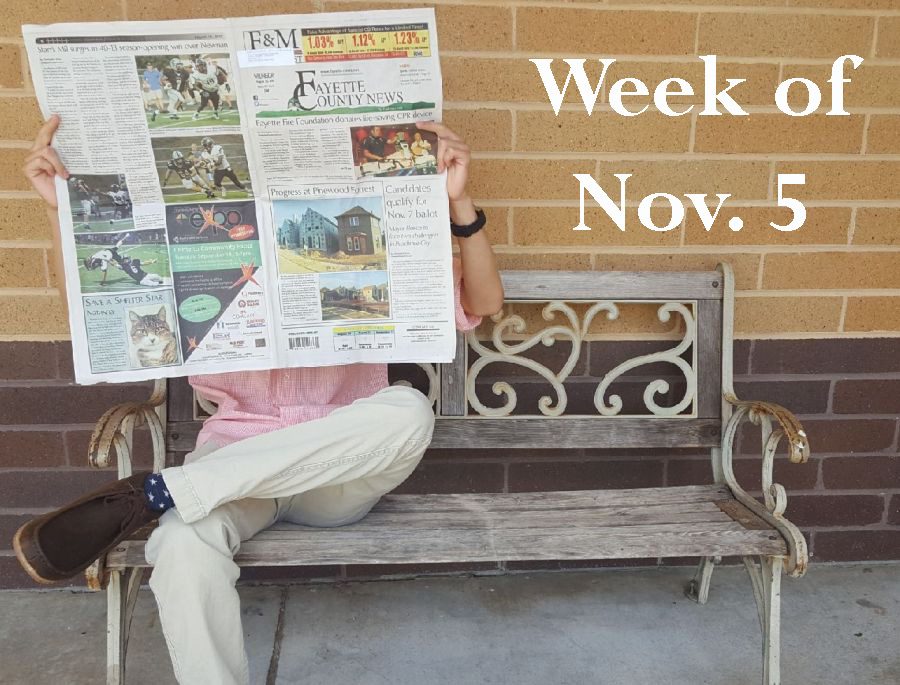 Students wait anxiously for Thanksgiving break, counting down the days (T-minus one week) and acting like Halloween jumps straight into Christmas (it doesn’t). But before the holiday season can commence, news needs reporting. With the impending arrival of the caravan and the actual arrival of mid-term elections coupled with more than Georgia’s fifteen minutes of fame under national attention, The Prowler has the stories.

The Pentagon updates the state of the border between the United States and Mexico in the wake of the impending caravan. The biggest priority for them at this point is to keep caravans of illegal Central American immigrants out.

In Donna, Texas, a border town, news crew have been stationed there for the past week, and they watched an empty field get filled with troops, 300 of them to be exact. They’re there to serve as backup to the Customs and Border Patrol Agents. The troops and specialists were sent by President Trump as part of Operation Faithful Patriot.

Trump has blasted illegal immigration in the past, so it’s unsurprising to see his immediate reaction to the caravan, which is now in Mexico City, just around 650 miles away. However, there are rumors that this deployment could cost more than $200 million. Some people in the area consider this to be a publicity stunt, but welcome the help nonetheless, as the area has a reputation for being exploited by smugglers.

Two years ago, when Hillary Clinton was the first major-party female presidential election candidate, women started flocking to Susan B. Anthony’s grave to pepper it with “I Voted” stickers. Today, with more female candidates running for political offices than ever before, the Mount Hope Traditions have risen again, with visitors posting stickers on the grave and photo proof on their social media accounts starting at 7 a.m.

Fourteen years before women got their suffrage with the 19th amendment, Susan B. Anthony died. But as noted by the Washington Post’s Ben Guarino, Susan B Anthony cast her first vote on Nov. 5, 1872, for Ulysses S. Grant after she persuaded the election inspectors to let her vote. Unfortunately, she was arrested two weeks later by a U.S. Marshal. In the months leading up to her trial, she lobbied vigorously for women’s suffrage.

The city of Rochester thanked Susan B. Anthony in the form of a letter beside her grave when Hillary Clinton accepted the Democratic nomination for president.

Voter fury toward Trump was used to gain House majority, while the Republicans held on steadfastly to their seats in the Senate. Each party had their own reasons to celebrate, with Republican governors being elected in the important battleground states of Florida and Ohio, both part of Trump’s campaign calculations for 2020. Democrats were elated at their victory in Wisconsin, where Tony Evers defeated top target Scott Walker for the governor’s seat, and in Michigan where Gretchen Whitmer garnered more votes than Bill Schuette, both states that had voted for Trump in the 2016 election.

The Democrats claimed at least 26 seats in the House, the result propelled by the intensity of backlash against President Trump and an unusually high voter turnout. Republicans kept their majority in the Senate by capturing a handful of conservative-leaning seats.

As it was revealed, many political moderates who backed Trump in the 2016 election as a barely tolerable alternative to Hillary Clinton, failed to remain faithful to the Republican party.

The election is far from over in the Peach State, further heated by Abram’s request for a runoff election and Kemp’s resignation from his secretarial post. Following a lawsuit from five Georgia voters urging Kemp to be barred from his normal secretarial duties involving the election, an accusation from the Abrams campaign claimed that Kemp used his position as secretary to influence the outcome of the election.

Kemp has 1,972,952 votes to Abrams’ 1,909,730 –giving him 50.3 percent to her 48.7 percent according to the Associated Press vote totals with all precincts reporting. A first-ever gubernatorial runoff could have been triggered if neither candidate had cleared the 50 percent mark. There are 20,000 absentee ballots yet to be counted, and Nathan Deal stated that, even if Abrams “got 100 percent of those votes, we still win.”

Abrams, however, is unwilling to give up the possibility of making history as the first-ever black female governor, and considers a runoff election a strong possibility as there are ballots that remain uncounted. Her campaign manager, Lauren Groh-Walgo, stated, “We have three factors to be considered here: outstanding votes, absentee ballots to be counted, and provisional ballots. Given those three issues, we believe this is likely heading to a runoff.” She goes further to state that Kemp has “no proof” of his win.

In the midst of all kinds of major elections on Nov. 6, it’s weird to think Fayette County also had a part in election day. However, this year four positions have been voted in for Fayette and results are in. Positions in the Senate and the House, along with a seat on the Board of Education, were all decided earlier this week.

The district two Board of Education race was one on voters’ radars for a while, but came to an end with Roy Rabold winning two-thirds of the vote. The Republican and former Whitewater High School principal will join the Board in January. Next, came the Georgia House of Representatives which re-elected Republican David Stover for district 71. And finally, came two Senate races that gave control to the Democrats in district 34 with Valencia Seay’s election and the Republicans in district 16 with Marty Harbin’s.

The local elections also brought about several new laws to Fayette which can be viewed in the story link above. Another interesting fact about the election was that it resulted in the largest turnouts for Democrats the county has seen in two decades.