Terrific headlines before the turkey holiday 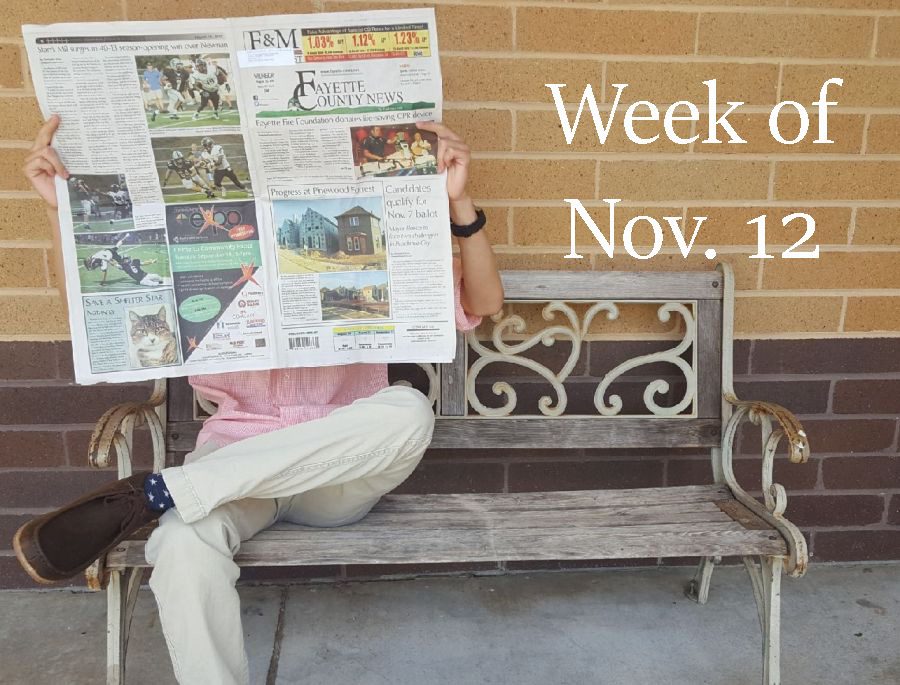 By saving the world dozens of times and almost always providing fans a happy ending, the Marvel Universe has been full heartedly adopted by today’s culture. Unfortunately for the Avengers, there was no such ending in their newest movie “Infinity War.” As a result of mass destruction, many heroes were lost to Thanos, a villain planning to commit mass genocide. Marvel fans everywhere may have devastated by the demise of their favorite characters on the big screen, however, the most heartbreaking loss to Marvel was the passing of Stan Lee that occurred earlier this week. The news of Lee’s death has come alongside new information regarding power naps, dog bans in Atlanta, and truth serum. For this jam-packed week of Nov. 12, The Prowler has the stories.

Marvel Comics managed to make a lot of people cry this past spring when they released their third installment of the Avengers franchise, Infinity War. The movie had more than a few character deaths that truly got to fans’ emotions. However, as devastating as the movie was, Monday brought one of the saddest deaths for lovers of the Marvel Universe, when its creator, Stan Lee, passed away.

Stan Lee died at the age of 95 leaving behind a huge legacy. Starting off as a Timely Comics employee, Lee worked with a lot of what would become his rival, the DC Comics Universe, and brought it into its Silver Age in the 1950s. Afterwards, Lee began creating heroes to compete with the DC Universe as his time in the newly started Marvel Corporation had begun. Some of his most notable creations came during this time including the Fantastic Four and Spiderman. From there his business exploded and ultimately became the movie enterprise known today.

Lee passed away from currently unknown causes, but he will definitely live on. He will also still have cameos in upcoming Marvel movies such as “Captain Marvel” or Avengers 4, as they have already been filmed.

Following 9/11, the CIA considered using a drug called Versed on Terrorist suspects, upon the conclusion that it would act as a sort of truth serum and force the detainees to give up potentially valuable information about future attacks and secret hideouts.

The report of this, dubbed “Project Medication,” was a once-classified document that a judge ordered to be released to the American Civil Liberties Union.

Nurses, doctors, and licensed psychologists were directly involved in the CIA interrogation process between 2002 and 2007, according to the report. Based in ten secret CIA facilities abroad, they evaluated and cared for the detainees, even accompanying them on over 100 flights.

The ACLU fought in court for two years to get this report released, especially in the wake of President Donald Trump’s campaign promise that he would be willing to approve waterboarding, which is now banned, and “hell of a lot worse.” The medical personnel involved in this stated that the interrogation program was “reassuringly free of enduring physical or psychological effects.” Dr. Sondra Crosby, a treater of torture victims, including two from the CIA, disagrees vehemently, stating that, “their scars will last a lifetime.”

A new ounter-measure was put in place to prevent the production of puppy and kitten mills in a large city. This will help prevent animals being raised in harmful and destructive conditions which could result in death.

This law will not prevent anyone from owning a dog or cat in Atlanta, but to purchase a puppy or kitten one would have to drive outside city limits. There is talk about how one could possibly buy a dog or kitten over eight weeks old in Atlanta.

This law should help the prevention of selling sick dogs to new owners. This new policy is probably the best bill to happen for the humane society concerning the fatality rate of kittens and puppies rises in poor conditions. Atlanta is the ninth city to pass this law and is encouraging other large cities to do the same.

Rodrigo Duterte has skipped multiple planned meetings and events in the Asia-Pacific Summit in order to take power naps. Duterte’s spokesman claimed that the power naps did not indicate that Duterte is in poor health. He also shared that Duterte punishes his work schedule in order to maintain his good health.

The president’s health has been speculated for a while now, after Duterte told the press that he was tired and that he was planning on resigning before his presidential term ends in 2022. Additionally, Duterte has been notorious for skipping various speeches and meetings during other summits.

Duterte has claimed that he is not ready to resign because of his vice-president’s incompetence. With Duterte’s health being questioned, the already unstable economy has been put in a state of uncertainty for the future.

“Virtually everything at the pool is going to be new, except the hole it’s in,” City Manager Jon Rorie said.