News to start the Christmas season 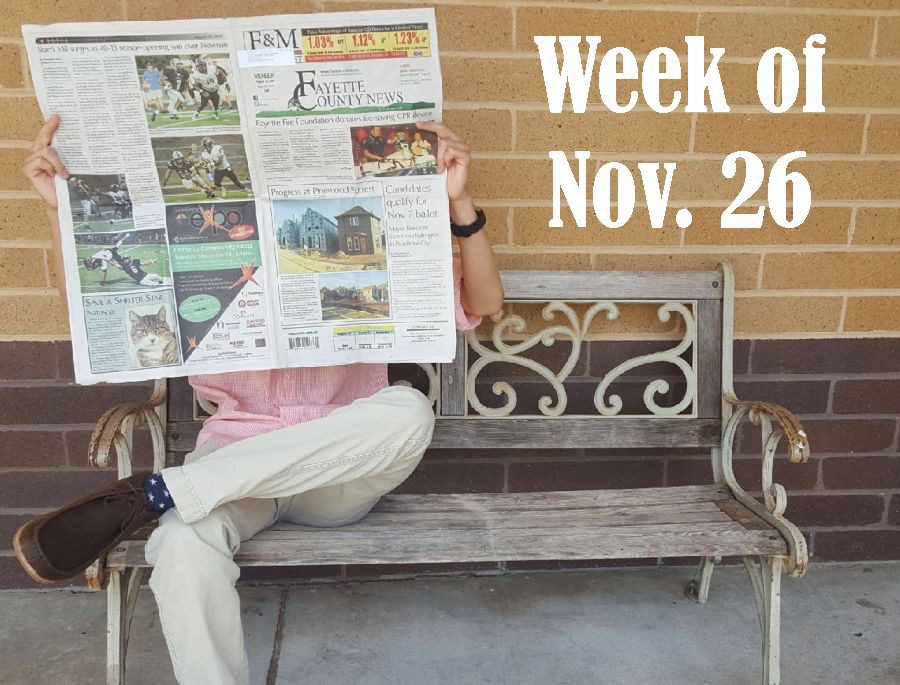 Students returned to the Mill this week after a nice, long Thanksgiving break. But even though their long awaited break from school is over, they did not return upset, since Christmas break is only three weeks out. Not to mention the weeks they do have to be in school will be filled with Christmas magic, so the wait for break won’t be that bad. And to make things even better, The Prowler is back with another round of KICs. With a Mexican group deported, the death of Spongebob’s creator, and a U.S. Indian reservation case, The Prowler has the stories.

On Sunday, the Mexican government rounded up and deported roughly 100 Central American migrants. The migrants tried to illegally cross the United States border in a “violent” manner as dozens of the Central Americans stormed the border fence near Tijuana, Mexico.

United States border officials fired tear gas at the crowds of migrants and the migrants allegedly returned the favor by throwing rocks at the officials. After this incident, President Donald Trump once again threatened to completely shut off the border between Mexico and the United States.

This has all been part of an ongoing issue concerning the migrant caravan that has made its way through several Central American countries including Mexico. The group of migrants have traveled roughly 2,500 miles from these countries, most of which have come from Honduras, as well as Guatemala and El Salvador. These people claim that they are fleeing the violence in these countries and to seek a better life in the United States.

Stephen Hillenburg, the creator of the popular television cartoon “Spongebob Squarepants,” died at the age of 57 on Monday. Hillenburg, a former marine biologist, had worked on Spongebob since the show aired in 1999.

The Nickelodeon channel released this statement after his death: “His utterly original characters and the world of Bikini Bottom will long stand as a reminder of the value of optimism, friendship and the limitless power of imagination.”

Back in March of 2017, Hillenburg announced that he had been diagnosed with ALS, also known as motor neuron disease. With the death of Hillenburg, millions of people have remembered his life and the great success of his vision, Spongebob Squarepants.

The United States Supreme Court is cautiously evaluating a case this week. Patrick Murphy was convicted of and sentenced to death over the roadside mutilation slaying of his girlfriend’s ex lover. Murphy is now attempting to get the Supreme Court to throw out his murder conviction due to the location of the killing.

The claim is that the location of the homicide, Henryetta, should be considered Native American land and that the state of Oklahoma has no jurisdiction over the reservation area. The court heard an hour of argument in Oklahoma’s appeal of a lower court hearing that had sided with Murphy. Murphy is a member of the Miscogee Nation, one of the tribes that is based in the state.

A complex historical record of the area that dates back to the Trail of Tears was reviewed by the court. This ruling may declare a vast amount of territory in Oklahoma as Native American land. If the court sides with Murphy, the Creek Nation jurisdiction will cover three million acres, including the city of Tulsa, Oklahoma. The decision may also lead to thousands of inmates challenging their sentences in the state. The state filed for the appeal after the 10th United States circuit court ruled in Murphy’s favor last year, and more details of the case shall proceed in the coming months.

With this new technology, passengers may essentially show their faces as a form of identification and boarding pass. Facial-recognition is to save an average of two seconds per passenger boarding a wide-body plane. This may help save around nine minutes during the boarding of one of these planes, which will help them leave on time more often and efficiently.

Delta plans on expanding this technology to the McNamara international terminal in Detroit throughout 2019. With Atlanta having the first biometric terminal in the United States, the city sets the trend for what may be to come in the future of air travel.

On Monday, the Fayette County Board of Education purchased 37 acres of land from Peachtree City United Methodist Church. The board purchased this land as a potential school site with a hefty price tag of $18.5 million, or roughly $50,000 per acre. The board has also approved the purchase of another 3.8 acres on Carriage Lane, for a price of $525,000.

Superintendent Jody Barrow reviewed areas that are overcrowded with students and looked into the need for other school sites for the county. Barrow noted that there is less and less land becoming available in the county and that the school board has the potential to add another elementary or middle school, or possibly even both.

According to Barrow, at least 20 acres is necessary in order to build an elementary school location. The purchase of the other 3.8 acres may serve the purpose of another access point into the potential school. The school system plans to meet with Peachtree City officials in the coming weeks to further discuss these potential plans.