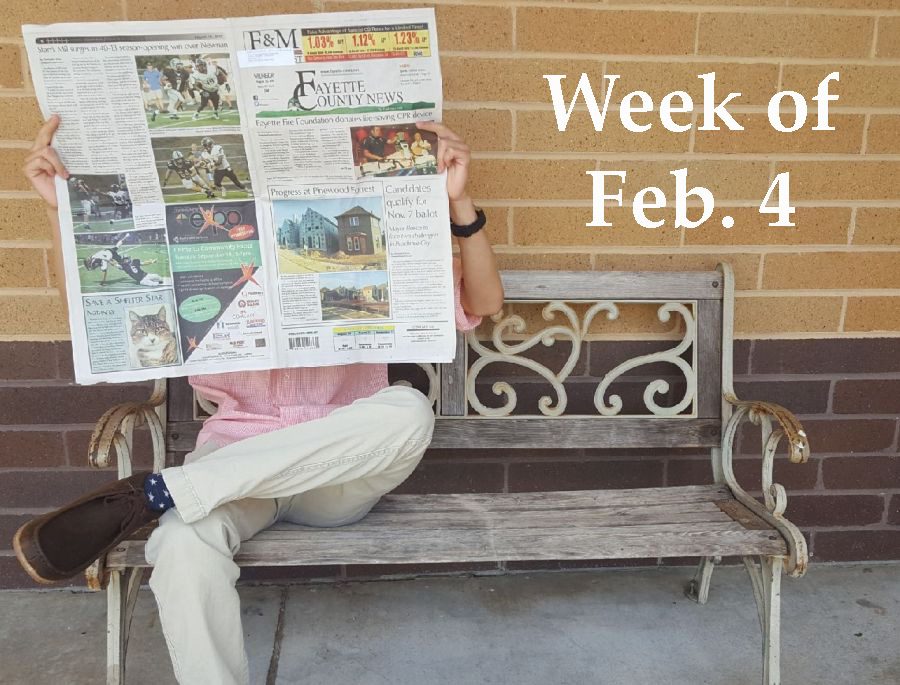 This week came with winter sports nearing the end and spring sports starting to get into the swing of things. The Starr’s Mill thespian society has also been out of school attending the Georgia Thespian Convention. With a flood evacuation, a Virginia attorney general accused of blackface, and five Georgia cities making the worst places to live list, the Prowler has the news.

From Jan. 26 to Feb. 4, there was close to four feet of rain in Townsville, a city on the north-eastern coast of Queensland, Australia. This incident occurred after weeks of ruthless heat and bushfires across the continent. The mayor of Townsville, Jenny Hill, stated that in seven days, the city has received their annual total rainfall.

The rain and flooding forced hundreds of residents to evacuate their homes in northern Australia. Approximately, 18,000 residents had lost power and proceeded to evacuate including few residents who left on a garbage truck. The officials directed people to move to higher ground when the nearby Ross River Dam reached almost 250 percent of its capacity.

About 1,500 members of the Australian military helped rescue people and their pets on the inflatable boats while treating others who were injured. Few of the residents reported that snakes and crocodiles were roaming the streets due to the rain. The state schools in Townsville and the surrounding areas have been closed since Monday.

The Water and Sewer Authority board has been accused of breaking sunshine laws. The former chairman of the board, John Dufresne, said that he is going to file a lawsuit against the current WASA board because of the closed meeting that was held.

The council started their meeting as an open meeting and discussed renewing employee healthcare. They then closed the meeting when they discussed personnel, real estate, and potential litigation. These three discussions did not have any recordings open to the public, which violates the sunshine laws.

They then opened the meeting back to the public to talk about adjournment. They quickly ended the meeting by accepting the healthcare plan and dismissed. In the suit, Dufresne is challenging the ability to see the morals of the members if they keep their meetings closed.

Herring issued a statement saying that at a party at the University of Virginia, he dressed up as rapper Kurtis Blow. In this statement, Herring also apologized to the people of the state of Virginia.

With the resignation of Northam after his yearbook photo surfaced, Lieutenant Governor Justin Fairfax was set to become governor. However, Fairfax was just accused of sexual assault and is being asked to resign. Herring, who would be next in line for the governorship has not announced if he will be resigning or not. If Herring does, the governorship would go to Kirk Cox, the Republican house speaker.

In an attempted robbery of a lead singer of a Nashville band, five kids fatally shot and killed Kyle Yorlets outside his home. The singer was outside when three girls ages 12, 14, and 15 and two boys ages 13 and 16 tried to get his keys. When he would not give them his keys, they shot him and stole his wallet.

The kids fled in a red pickup truck and were found inside a Walmart six days later. The kids were found with a different stolen vehicle and a stolen gun. All of the kids are being held at a juvenile detention center.

Kyle Yorlets is the lead singer of the band Carverton. His bandmates publicly said how hurt they were of the loss of their friend and collaborator. The band was supposed to release their debut album in March.

Just like a cross country team is only as fast as its slowest runner, cities are often classified by their most hazardous areas. Every city has its diversity of prospering areas and run down apartments. However, according to financial news and opinion website 24/7 Wall St., Georgia is home to anything but success.

In a recent study of America’s 50 worst cities, 24/7 Wall St. incorporated five of the Peach State’s cities. These locations include: Fort Valley at 32, East Point at 28, Albany at 27, College Park at 26, and Union City at number 15. Each of the cities listed is picked from an analysis of things such as a location’s population, poverty rate, and crimes per 100,000 individuals.

Fort Valley had a poverty rate of 38.3 percent and a crime rate of 1,016 per 100,000 people. Cites can be a place of industry, monopolies, and strong financial footholds, yet every Batman must have a Joker. While one side of a city achieved great heights, the other often falls into debt. It just so happens that some cities in Georgia contain the biggest gaps in society.