Rad headlines that are sure to gag you with a spoon 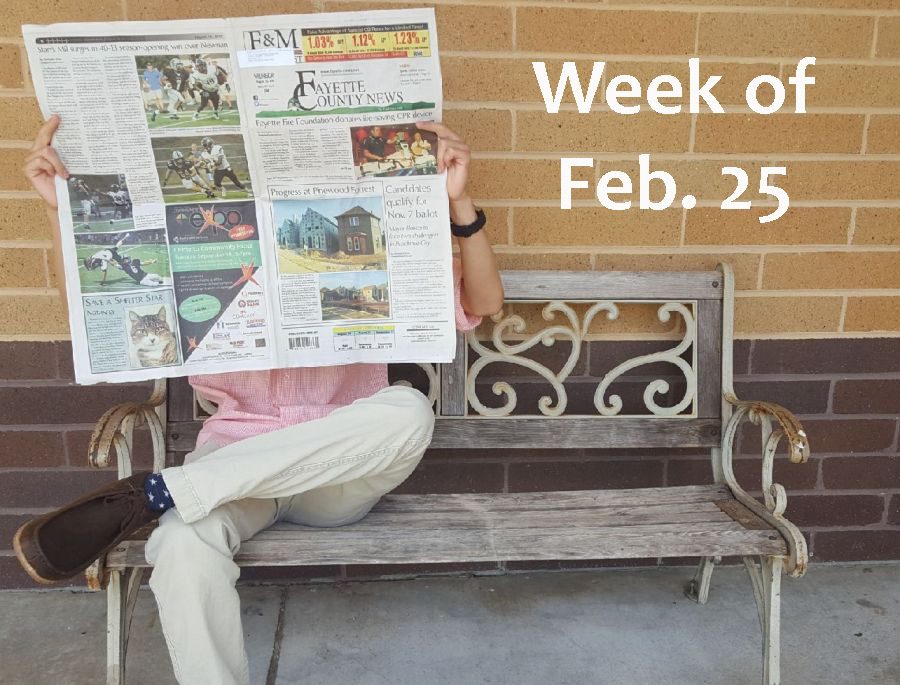 Starr’s Mill is experiencing one totally tubular week that can only be described as a blast from the past. You see, the ‘80s are taking over the school thanks to this year’s musical and everything has a gnarly atmosphere to it. But don’t have a cow man, because you too can experience the fun, with the musical continuing into the weekend. But first let’s jump forward forty years for some 2019 headlines. With a whale in the Amazon and a new logo for Fayette County schools, the Prowler has the stories.

On Monday, according to the South Korean officials, President Trump and North Korea’s leader Kim Jong-un, could agree on a joint political statement declaring an end to the Korean War. The pre-summit will be taking place in Hanoi, Vietnam, this week.

The words by the South Korean spokesman indicated the declaration to end the war was now being seriously discussed. “The possibility is open,” Kim Eui-kyeom, a spokesman for South Korea’s president said.

President Trump attempts to encourage Kim to take steps toward denuclearization. President Moon has strongly advocated an end-of-war declaration to build trust between North Korea and the United States. He has also pushed North Korea to move toward giving up its nuclear weapons.

Humpback whale found in the Amazon (2/26)

A 36-foot humpback whale was found in the Amazon rainforest. The officials noticed the whale when they started to see scavenger birds flying toward the ground. People suspect that the whale washed up during a large storm or that the high tides washed the whale onto the shore after it had already died.

Professionals are still questioning how the whale managed to get into the rainforest or why the whale was swimming along Marajó coast. Typically, humpback whales are found more south during this time of year.

To assess the whale’s carcass, they had to examine it where it was found, because they were unable to move it from its location. Health assessments on the whale point to the fact that the young whale must have died before washing up onto shore and travelling over 50 miles inland.

The Fayette County Board of Education decided on its new logo after deciding that the previous logo was too “feminine.” The board unanimously voted for the new logo, which consists of squares with varying colors.

The logo that has been decided upon has been one of many that had been sent in. Superintendent Joseph Barrow Jr. insisted that the logo would have to have a unanimous vote in order for it to become the final decision.

In addition to a new logo, the board also decided on a new tagline for the county. The tagline that will be implemented in the upcoming school year will now be “Where Excellence and Creativity Merge.”

Luke Perry, an actor for things such as “90210” and “Riverdale,” was hospitalized for unknown reasons. “Mr. Perry is currently under observation at the hospital,” one of the representatives for the actor said. The authorities refuse to disclose any further information.

This news came as a shock to everyone, including some former co-stars. Ian Ziering posted on his Instagram some well wishes for him. “No words can express what my heart feels hearing today’s shocking news. Let us all say a prayer for his speedy recovery,” Ziering said. Shannen Doherty also sent encouragement to him. “My friend. Holding you tight and giving you my strength. You got this,” Doherty said. Both were co-stars on “90210.”

The news came a day after Fox decided to reboot “90210” with the original cast. Only two actors have not signed on to the project. Perry did not sign on, neither did the co-star Doherty. The show is set to be a summer series.

The body of murdered 18-year old senior Philadarious Parrish has been identified with a conviction underway. According to law enforcement, Parrish was killed on Feb. 28 after a discrepancy with a few of his fellow classmates enrolled at Stephenson High School in Dekalb County.

Today, the police were able to detain the unidentified 15-year-old freshman and begin to take further steps in the investigation. Currently, it is believed by the Dekalb County Police that the 15-year-old had an accomplice to help unload the body at Lakewater View.

Parrish was found in critical condition and died at a local hospital. As a result of their current events, Stephenson High School brought in extra counselors for the day to talk with the shaken students.