Headlines to finish off the year 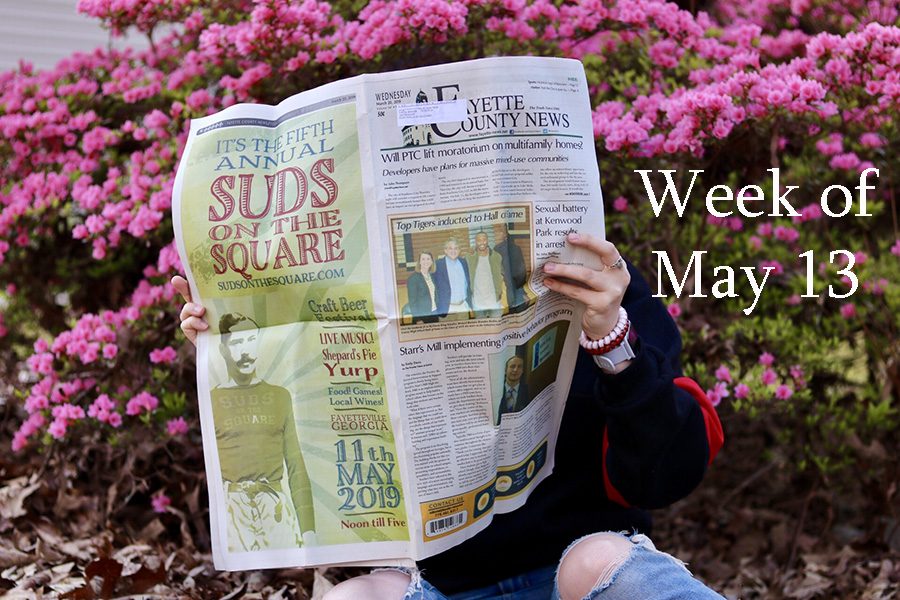 In the last full week of the school year, students eagerly await the much needed summer vacation. As the graduating seniors prepare to move on to bigger and better things, the rising seniors get to enjoy their first moments of being the big dogs at the Mill. Although everyone’s classes have come to a close, the news never ends. With runaway llamas, a runaway fugitive, and a new abortion law, and a rescuing dog, The Prowler has the stories.

An abortion bill is expected to in Alabama on the 14th, and is proving to be one of the strictest in the nation. Alabama Representative Terri Collins seeks to overturn the previous policy protecting abortion in the Roe v. Wade case.

This pro-life bill classifies abortion as the murder of those who have no voice, and the result of such an offence would guarantee 99 years of prison time. The senators supporting the bill believe that the only time an abortion is necessary is when the mother’s life is in danger.

The promoters of the bill argue that there are close to no probable causes that should result in an abortion. Even in the instance of rape, incest, and violent crimes, they believe the mother is obligated to have the baby. It is uncertain as to what will happen in tomorrow’s vote. However, a decision will be made.

A pair of llamas, named Hershey and Kisses, escaped from their home and travelled around Las Vegas without being accompanied by their owners. They were observed by the Jones Boulevard area around 6:45 a.m. in the morning.

The llamas were said to have stopped in the median strip, in the middle of the road, which brought some action to everyday commuters. The travelling llamas were captured on film by at least one witnesses during their walkabout.

The website changes make it difficult to find information about coverage. Some cases of the reports were minor, but there were occurrences that exceeded the line such as the disappearance of an 85-page website that was devoted to the ACA. For most of these occurrences the government made no announcements about them.

“Something as simple as changing ‘Affordable Care Act’ to ‘health care law’ can have a big impact on search engine optimization,” Josh Peck, former chief marketing officer for Healthcare.gov said.

Marietta law enforcement, accompanied by a SWAT team, are currently working to detain runaway fugitive Maliek Dandridge. The 27-year-old felon has bunkered down in an apartment attic on Windy Hill Road as of 5:30 a.m.  Since then, the aggravated battery assault suspect has evaded contact with officers in the 2300 building.

“At some point Dandridge broke through the ceiling into another apartment unit and then broke through interior walls attempting to exit the building through a different apartment,” Marietta Police Department officer Chuck McPhilamy said.

By 7:45 a.m., the officers had searched every room of the 16-unit building. However, Dandridge was nowhere to be found. Officers are still uncertain if Dandridged is armed, but what is certain is that there is a wanted felon on the streets.

A 15-year-old mother of a newborn baby, buried the child in the ground to hide the pregnancy from her parents. The newborn baby was buried with one leg sticking out of the ground. Ping Pong, a village dog, found the newborn child.

Ping Pong was wandering through a field in the Ban Nong Kham village and started barking and digging at the ground. Ping Pong’s owner found the dog and baby in the field. The baby was rushed to a local hospital for a check-up and later was declared healthy.

The child’s mother will face charges of child abandonment and attempted murder. She has stated that she regrets her choices. She is in the care of her parents and a psychologist. The mother’s parents have stated that they will raise the baby.