Headlines to come home to 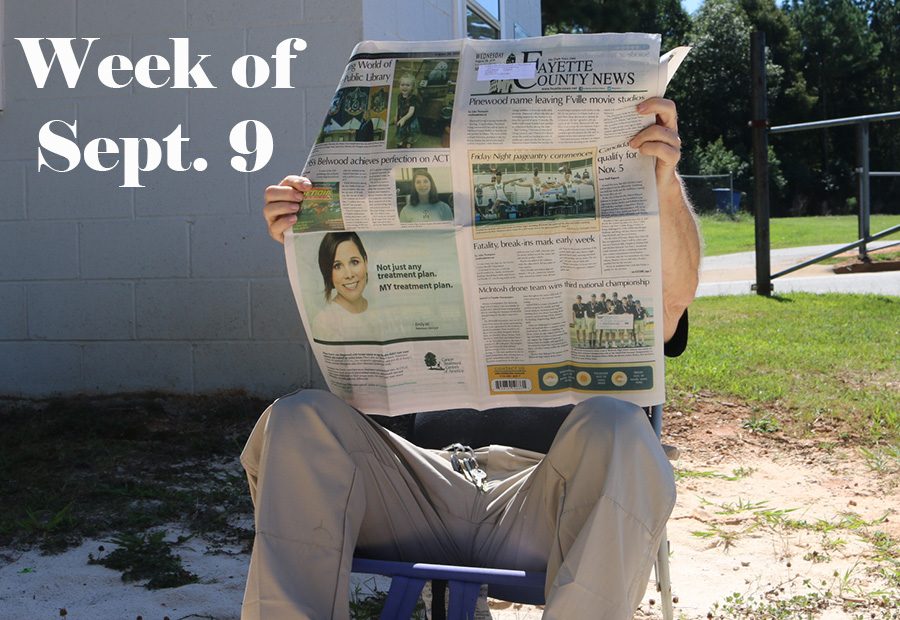 Homecoming Week has been center stage for Starr’s Mill students. Students were eager to wear costumes throughout the week, ranging everywhere from senior citizens to Bill Nye the Science Guy. Exciting events, such as the running of the bulls and an ‘80s flash mob added even more anticipation for students throughout the week. While Starr’s Mill students focus on the excitement within the Mill, the headlines throughout the world never cease. With a cargo plane crash, a murder charge against a Fulton County citizen, and continuing protests, The Prowler has the stories.

Jon Ossoff, a former congressional candidate, has said that he will challenge Senator David Perdue who is a first term republican to U.S senate.

For the last two decades in the state of Georgia Republicans have dominated statewide elections. “My candidacy was such a threat that Republicans at the highest level made my destruction their highest priority,” said Ossoff in an interview with the Atlanta Journal Constitution. Ossoff has pledged to guarantee health insurance for all, legalize marijuana, and expand tuition-free higher education programs.

Fulton County authorities have released to the public that the gunman responsible for killing 39-year-old resident Shedrick McCombs, and injuring another, has been successfully apprehended and charged with murder, the possession of a firearm by a convicted felon, and aggrivated assalt with an intent to murder.

Leon Glenn, the detained suspect, is believed to have shot multiple people at around 6 p.m. on 5700 Bearing Way. On Sept. 6, law enforcement discovered Glenn hiding in a motel located in Atlanta.

It has not yet been released to the public how Glenn has been tied to the murder, but what is known is that McCombs was found with multiple gunshot wounds last Friday night and Fulton County authorities are confident that Glenn is their man.

Early Wednesday morning a cargo plane hauling auto parts crashed on the approach to the Toledo Express Airport in Ohio. The plane crashed into multiple unoccupied vehicles which sparked a fire. The two people on board the Convair 440 died in the crash. It is unknown if distress calls were made from the plane.

The plane has been believed to be originally traveling from Laredo, Texas, to Millington, Tennessee, before flying to Toledo. Flight records show the aircraft was supposed to have landed at the same time the crash occurred.

Both the Federal Aviation Administration and Ohio State Highway Patrol helped out on the investigation. The Toledo airport remained open and other flights were not affected by the incident.

Fayette County law enforcement detained 24-year-old Elijah Lanier last Thursday, and he is now being charged with obstruction of an officer, possession of tools intended for future criminal use, and aggravated assault.

After the Fayette County Sheriff’s Department received a 911 call, Sheriff Barry Babb made his way to the New Hope Landing subdivision accompanied by other members of the police force. When they arrived to the scene, it became apparent that Lanier had soaked both his girlfriend and her car with gasoline.

Lanier proceeded to torment the officers and threatened to set everything ablaze. However, the threats proved to be a bluff as the assailant fled the police on foot. Eventually, Lanier was apprehended at the New Hope Baptist Church.

Hong Kong has seen many protests surrounding the Chinese government’s extradition bill. The protesters have gathered in many public places including a mall, an airport, and they plan to be at Hong Kong’s Mid Autumn Festival.

The protests have started as peaceful but now are becoming deadly. During the festival the protesters plan to gather at a certain spot to symbolize the lives lost throughout the protests. Some of the festival protesters will form a chain at Hong Kong’s highest peak.

These protesters also have a new anthem that is recited at every gathering. This has become one of the unofficial symbols of the protest. The protesters say that these demonstrations will continue until their demands are met. The only question is how long they will last.