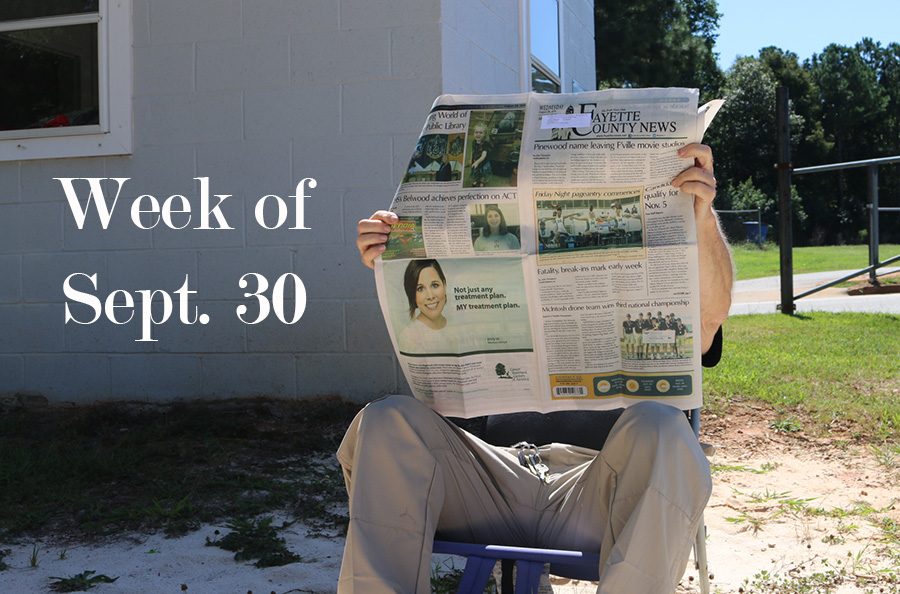 This week was one that was very, as many would say, dull. Countless students kept thinking that it was Friday, when it was sadly only Tuesday. While this week was long and drawn out without much excitement at all, the headlines keep rolling in. With an overdose epidemic, a Hong Kong protest, and a new City Hall, The Prowler has the stories.

In Ohio’s most populous county, Franklin County, there have been 10 deaths in 26 hours from drug overdose. Franklin County Coroner Dr. Anahi Ortiz encouraged buyers to test drugs for fentanyl, a powerful synthetic opioid. He also suggested that friends and family carry naloxone (Narcon), which can counter the effects of opioid overdose.

There were 120 overdose deaths in Franklin County in the first three months of 2019. The county released an action plan in 2017 to combat the overdose epidemic. It focused on preventing drug addiction, reducing overdoses, expanding access to treatment, and improving the safety of the community.

More than 70,000 drug-related deaths occurred in the United States in 2017, and opioids caused two-thirds of them. Ohio was impacted the most by these statistics, having the highest death rates, along with West Virginia, Pennsylvania, and Kentucky.

A Georgia federal judge blocked a state law that would have made abortions after six weeks of pregnancies illegal temporarily. This law would have started to be enforced next January. During a 47-page ruling, Judge Steve C. Jones of the United States District Court in Atlanta, blocked it as a lawsuit. He said that the law took away the right women have in making their own choices for their bodies.

This fight is not exclusive to Georgia It is happening in almost every other U.S. state. Conservatives think that the addition of Brett Cavenough to the supreme court will weaken the former 1973 decision in Roe v. Wade, which preserved the right to an abortion. Candice Broce, a spokesman for governor Kemp, said that the state was “reviewing Judge Jones’ decision.”

The Republicans are staying strong with their decisions and intentions with future laws while Conservatives continue to try to fight it. The bill was approved in Georgia in a vote of 92 to 78, but the block currently remains in effect it until further notice.

The 2019 Hong Kong anti-extradition bill protest are series of continuing demonstrations in Hong Kong and other cities around the world against the Fugitive Offenders and Mutual Legal Assistance in Criminal Matters Legislation. Hong Kong has seen four months of protest due to changes on the extradition bill.

During a protest in China, an eighteen-year-old protester was shot in the chest by one of the police officers. The protester was taken to the hospital and is said to be in stable condition.

There have been a lot of shootings at similar protests, but this has been the first one where live rounds were shot at protesters.

These protesters were armed with poles, petrol bombs, and other projectiles. They fought battles with police in several parts of the city.

President Donald Trump was accused by a whistleblower of abusing the power of his office to try and discredit a political rival. Trump fired back at the press screaming that the accusations are “fake news.”

Trump came out of the east room news conference swinging, calling a reporter asking for questions rude and yelling at the unknown whistleblower and Democrats. Trump is using the same legal tactics that he had often used in business to try and get the heat off himself. Trump then lashed out at Schiff during an Oval Office meeting with Finland’s president, Sauli Niinisto, while he was visiting Washington.

The term “trumpmeltdown” is now trending on social media platforms, such as Twitter. The President went to the same media outlet to bash Democrats wasting their time on the issue. He said that he did not care about the concerns, including some from GOP. He said that his criticisms of the whistleblower could intimidate others.

On Tuesday people gathered to celebrate the breaking of the ground at the site of the new City Hall. Elected officials and a few special guests joined the mayor with prop shovels and hard hats to start the project.

The Fayette County Board of Education building was destroyed to make way for the new structure. With the 10-acre property, the city plans to build a two-story office building. They also plan to build a nature park, a dog park, a splash pad, and a performance space.

Right now the city office is located at a former school building on South Glynn Street. The city officials started the planning of this project four years ago. The project is predicted to go for 13 months, and is estimated to cost $24 million.