Get ahead of the headlines 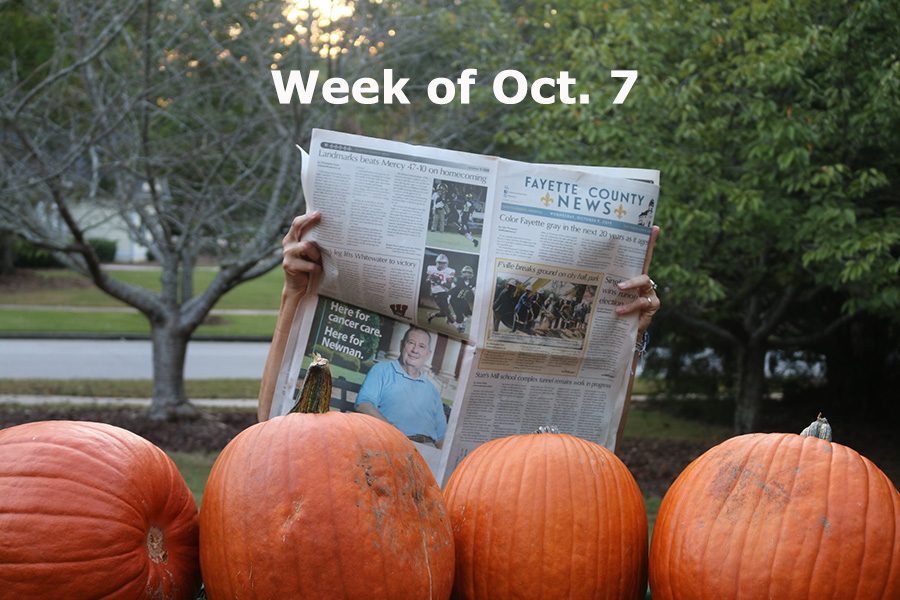 This week there was talk throughout the halls of Starr’s Mill about students’ plans for fall break. As seniors continue to fill out their early action college applications and as underclassmen prepare to take the PSAT, the break gives students the opportunity to get ahead. With a new record set by Simone Biles, the announcement of live streams for meetings, and the U.S. withdrawing from Syria, The Prowler has the stories.

According to the Carter Center, Jimmy Carter is recovering in Plains, Georgia, from a fall that occurred on Sunday. Carter received stitches above his brow and said he “feels fine” now.  He broke his hip after suffering a fall in his home this past May, and fortunately, the following surgery was successful.

Jimmy Carter served as the 39th President of the United States for one term. Carter, 95 years old, is the longest-living president in history. Despite his age, he will be accompanied by his wife, Rosalynn Carter, at the Habitat for Humanity’s Jimmy and Rosalynn Carter Work Project in Nashville, Tennessee, this Friday.

Jimmy Carter says he hopes there will be an “age limit” for presidency, so those elected can carry out the duties efficiently. This may be a jab at the current president, Donald Trump, who is 73 and only 20 years his junior.

The U.S. women’s team made it to the finals of the Gymnastics World Championships, which was held in Stuttgart, Germany, on Oct. 8. During the event, Simone Biles earned her 15th career gold medal and brings her overall total to 21.

Biles broke the tie she had with Russian gymnast Svetlana Khorkina for the most medals earned by a woman. She’s now two medals short behind Vitaly Scherbo’s all-time record of medals earned by either men or women.

The team scored a total of 172.330 points all together. The U.S. beat Russia by 5.801 points. U.S.A. won its seventh consecutive team title at an Olympics or World Championships. Biles best individual score was posted as the vault, balance beam, and floor.

Three days after President Donald Trump moved American troops out of Syria, Turkey launched “Operation Peace Spring.” Turkish President Recep Tayyip Erdogan tweeted, “Our mission is to prevent the creation of a terror corridor across our southern border, and to bring peace to the area.”

On Wednesday evening, the ministry of defense for Turkey explained that their military launched a land operation east of the Euphrates River. Turkish jets began “pounding” the town of Ras Al Ayn. The streets of the town became flooded with panic, and one of its borders shut down.

Turkey is trying to control its borders and stop terrorist groups, and will eventually bring Syrian refugees back home. However, the Kurds think otherwise. They believe that the operation is mainly aimed at “crushing” them. Kurdish commanders continue to say that they have been betrayed by one of their closest allies.

Poll shows that half of Americans want Trump impeached (10/10)

Trump released a tweet ahead of the Fox News polls, where he claimed 25% without sighting a pollster. Trump said, “Only 25 percent want me Impeached, which is pretty low considering the volume of Fake News coverage, but pretty high considering the fact that I did NOTHING wrong, It is all just a continuation of the greatest Scam and Witch Hunt in the history of our Country!”

Before these polls were released, another poll suggested that only 50% wanted Trump impeached. The growing support has been indirectly linked to presidential candidate Joe Biden’s speech about Trump allegedly abusing his powers while in  office to help with his own reelection.

The school board invested in this idea over the course of the renovation of the board meeting room at building A in LaFayette Educational Center in Fayetteville. One of the new additions being a recently purchased a video camera.

It is recommended when streaming that the internet connection to be 50 mbps.The presentations and audio recordings will be archived on the school board website. The meetings scheduled will be posted under the board’s tab on the FCBOE website.