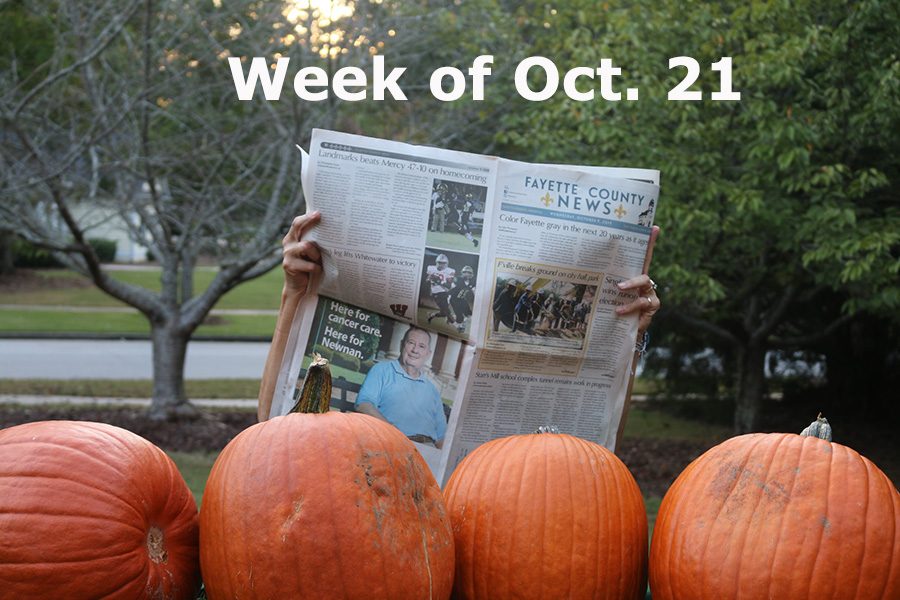 This week, Starr’s Mill students went into Wonderland as the drama department performed their one act play, “Alice in Wonderland.” The drama department decorated the 300 hallway with posters depicting various characters in the performance, which added a fun twist to the school scene. While Starr’s Mill is stuck in Wonderland, the rest of the world continues on, and the headlines never stop rolling in. With the death of a football player, a college admission scandal, and Brexit being delayed, The Prowler has the stories.

The number of students vaping has been on the rise and health problems are on the rise with it. Two fatalities have been documented in Georgia since September, but no illnesses have been reported. Teens have been caught using vaping devices in the school environment without knowing the dangers of them.

Fayette County considers this a public health crisis, so the county is holding a forum to enlighten parents and students about the risks of vaping. Dr. Jared Cavanaugh from Georgia Poison Center is leading the discussion at 7 p.m. on Nov. 12 at Whitewater High School. The forum is for students in grades six through twelve, no registration required.

Fayette County school system has been working to make sure that students have all of the facts about the effects of vaping. At the beginning of the school year, brightly colored posters were put around schools titled “The Truth Behind the Vapor.” The poster outlines the dangers of vaping, the signs, and how to prevent the epidemic.

Jordan Wiggins, a freshman offensive linemen for the Eagles, originally from Tallahassee, Florida, enrolled this fall at Georgia Southern University. He had intentions of majoring in electrical engineering. Wiggins was found unresponsive in his dorm room Monday night.

A family member requested a wellness check on Wiggins to which he was sent to East Georgia Regional Medical Center where he died. The official cause of death is pending toxicology results. According to the AJC, Bulloch County Coroner Jake Futch was quoted as saying, “The immediate evidence indicates that he took his own life due to a drug overdose.”

The FBI is investigating Wiggins’ death, which is one of the University’s protocols in student deaths. “Jordan was a great Georgia Southern man with a bright future. His time on Earth was short, but we know that there is a greater plan, and we must trust that,” head football coach Chad Lunsford said.

Jane Buckham, the author of a parenting advice book, was sentenced to three weeks in prison. She’s going behind bars for taking part in the U.S. college admissions cheating and fraud scandal in order to help her son gain an unfair advantage to get into college.

Buckham, the author of “The Modern Girl’s Guide to Motherhood,” admitted to paying $50,000 to have an ACT Proctor take the test on her son’s behalf. Buckham’s defense lawyers were denied the request for probation by U.S. District Judge Indira Talwani, saying that other wealthy parents involved in the scandals also got jail time. Talmani is calling it a serious crime and is also requiring Buckham to pay a $40,000 fine.

Buckingham and 52 other people charged with participating in the scheme, in which wealthy parents worked with a California college admissions consultant to use bribery and other forms of fraud to get their children admitted to top schools. The other parents charged since March include William “Rick” Singer, “Desperate Housewives” star Felicity Huffman, who last week began serving a 14-day prison term after pleading guilty, and “Full House” star Lori Loughlin, who is currently fighting the charges.

Brexit delayed because of troubles voting (10/24)

Parliament permitted the delay of Brexit, but there was no new date set for it. This has been a continuous wrangle for about three years in Great Britain. They are currently working to try and fix the problem and find a new date for the action.

“Consequently, the withdrawal should take place on the first day of the month following the completion of the ratification procedure, or on (blank), whichever is earliest,” read the divorce agreement. The European Union also came to the conclusion, “It’s basically between a three-month flextension or a two-tier one.”

The European Union continues to carry out its normal functions while the new date is being set. This is the second delay to take place for Brexit. The first was March 29 delayed to April 12, and from the 12th it was delayed to Oct. 31. This new delay may just be the end of Johnson’s career as Prime Minister.

Thirty-nine people were found dead in the back of a trailer truck in Northern England.

The owner of the truck company has permanent tracking on the trailer so the whole event is recorded. The truck originated in Northern Ireland, then entered Britain, then went to Belgium, and then finally returned to Britain. The ferry helps determine the time stamp on when the truck entered the country exactly.

Three people were arrested earlier today due to a connection with the murders. The driver of the truck has remained in custody since the truck was initially raided. The police have said that the driver must stay in custody for at least 24 hours.