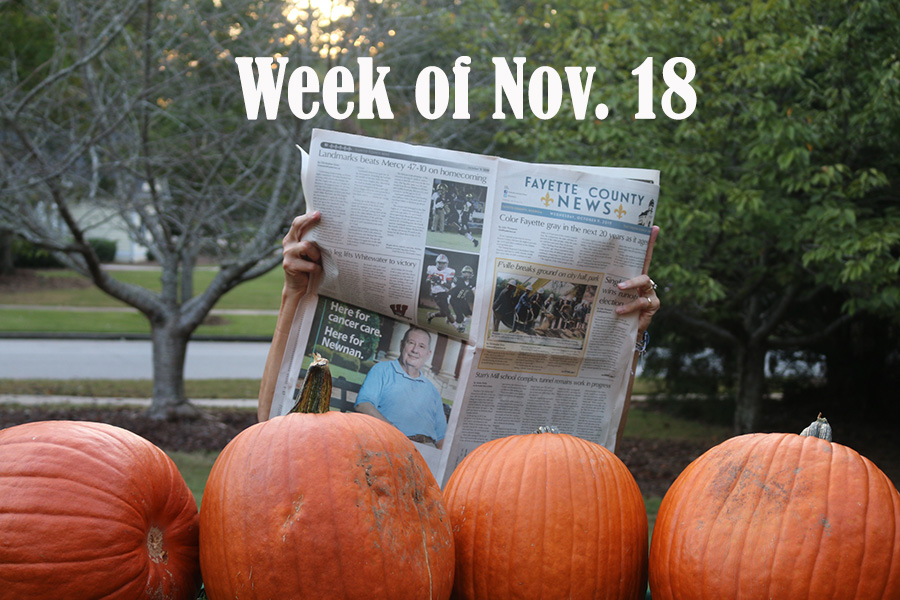 This week, students spent time together and shared what they were thankful for in their various classes’ Thanksgiving parties. Additionally, students could be heard sharing their plans for the upcoming break as they studied for their countless tests that they had to take throughout the week. While people shared their thankfulness, one thing that should never be forgotten are the endless headlines found in the news. With a college lockdown, a wedding dress disaster, and a former American Idol contestant behind bars, The Prowler has the stories.

On Monday morning, officials arrested a teen who ignited a college lockdown in Newton County. Parts of Georgia Piedmont Technical College’s campus in Newton County were on lockdown for hours while officers searched for the car thieves.

According to police, there was a 911 call informing officers that a stolen pick-up truck was spotted on a video camera at Wellington Ridge apartments. While officers were responding to the call, they saw a blue Lancer speeding with a person hanging onto the hood of the car. The officers immediately turned around and chased the car onto Highway 142. The chase ended when the suspects jumped out and ran. The Georgia State Patrol was in the area and a trooper found one of the suspects behind a hotel suite. The other suspects ran into a wooded area near the college, which sparked a lockdown.

Officials found the second suspect approximately 20 feet up a tree in the area. Officers thought the teen could be armed. Investigators said that they found several cars were broken into at Wellington Ridge apartments.

The stolen pick-up truck was retrieved at the apartment complex. The blue Lancer was a stolen vehicle out of DeKalb County. The two suspects are 14 and 15-year-olds from DeKalb County. They are now facing multiple charges for their actions.

At a recent wedding in the United Kingdom, a wedding guest’s dress got a little more attention than the bride would have wanted. Dressing for the occasion doesn’t usually mean copying the bride’s look.

Many of the other guests commented that they were upset that she copied the bride. One even saying, “If I could have I would have poured red wine all over her dress.” The bride obviously couldn’t have been too happy about it either but she chose not to comment.

Rapper A$AP Rocky was detained in Sweden for participating in a fight that was being monitored by the US State Department at the time. It was overheard that during one of the President’s phone calls “Primarily about A$AP Rocky” between him and Gordon Sondland, from the European Union, that the president mentioned the “investigation” he had requested from the Ukranian President about the 2016 election.

“Other witnesses have recently shared their recollection of overhearing this call. For the most part, I have no reason to doubt their accounts. It’s true that the president speaks loudly at times. And it’s also true, I think we primarily discussed A$AP Rocky,” Sondland said. Department official David Holmes told Congress that he overheard the call mainly dealing with A$AP Rocky.

After about two months of being detained, Swedish prosecutors released Rocky back to the U.S. The rapper has even returned to Sweden this past month to perform at a concert for his fans. As for the impeachment hearing, it continues to be carried on.

Rising sea levels, heat waves, flooding, and massive wildfires all pose a threat to urban communities. Events such as Hurricane Harvey and the fires in California highlight weaknesses and expose the fact that urban systems need planning and action to prevent disaster.

Iwaniec will recruit and lead a team of local collaborators to develop resilience strategies that Atlanta, and other cities, will implement into daily life and be used in case of the worst case scenario.

Antonella Maria Barba, an American Idol contestant during the 6th season of the show, has been sentenced to 45 months behind bars. The 32-year-old, born in Santa Monica, California, was caught in possession of more than 830.9 grams of fentanyl.

The former contestant on the 2007 season was apprehended after a service dog led officers to her rental car. After the dog notified police of a drug presence in the car, they searched the interior and found a shoe box full of a rocky, white substance out on the floor of the car.

Barba was arrested in Norfolk, New Jersey, and has been found guilty of the possession of fentanyl with future plans of distribution. This isn’t the first time Barba’s name has been in the headlines for reasons not concerning her singing career. On her season Barba was also subject to multiple semi-nude photos being posted online.