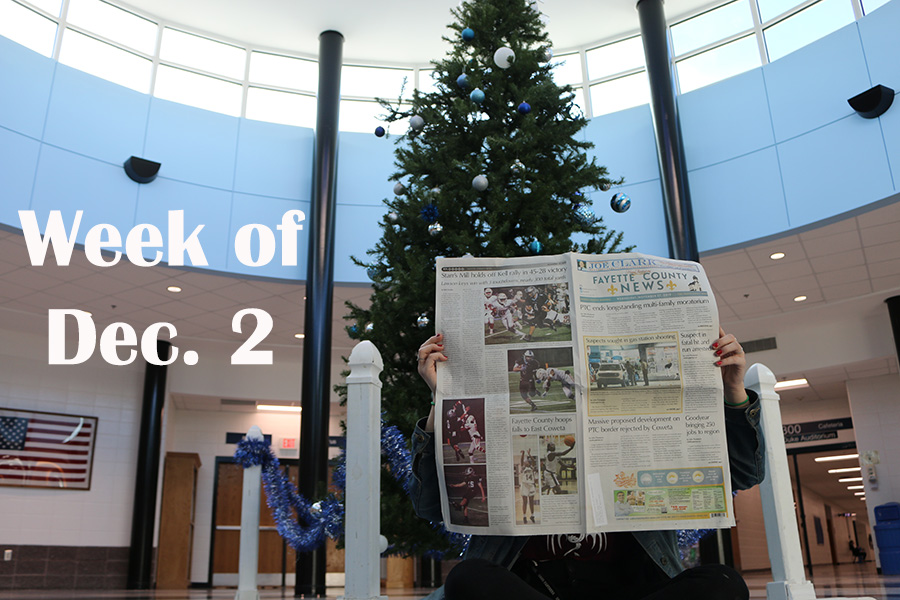 Coming back from Thanksgiving break, students crowded the halls. With exams right around the corner, students are rushing to raise grades or working tirelessly to keep their grades up. Now, one week in, students focus on the many tests ahead. With an “ugly sweater,” GAgivings Day, a candidate dropping out of the presidential race, a new thrift store, and polar bears, The Prowler has the stories.

A Chick-Fil-A customer called out the fast food chain for an offensive message that they put on his receipt in order to identify him. The Chick-Fil-A worker labelled the man as “Ugly Sweater” in order to distinguish him.

Rather than being concerned about the Chick-Fil-A worker’s comment, viewers of the post that commented tended to call attention to his order of a 30-count nugget and a large fry. Many of the commenters on the post claimed that situations like this have happened to them as well.

Every year on the Tuesday after Thanksgiving, the Georgian Center for Nonprofits host a day called “GAgives.” This day is dedicated to giving to nonprofits around Georgia.

Many nonprofits rely on this day for funds and volunteers. Over the last seven years the organization has raised around $28 million for nonprofits all over Georgia. America’s Second Harvest of Coastal Georgia is one of the organizations that uses this event to promote their cause.

The event also focuses on volunteer work. Most organizations want volunteers over funds. Since they have such a limited staff, they ask for volunteers. This year they have recruited more volunteers and raised more money than predicted.

Democrats race to get Harris’ funders (12/4)

After Kamala Harris announced that she would be dropping out of the Democratic Presidential Primary, many of her running mates are already trying to grab some of Harris’ biggest sponsors. They competed for her money and popularity.

Former Vice President Joe Biden, Mayor Pete Buttigieg, and Senators Cory Booker and Amy Klobuchar are the first of the 15 major candidates who have reached out to her funders from Wall Street to Silicon Valley. Even though these sponsors have not replied with a direct answer yet, it is rumored that they will back Biden.

Since funding is one of the main necessities in a campaign there is no surprise as to why these candidates are jumping on the opportunity. Now the obvious question is how many more of these competitors will hop onto the bandwagon?

In Tyrone a new thrift store named 4heroes has opened at 992 Senoia Road. What makes 4heroes standout from the others is that it will use its proceeds to support first responders.

The proceeds are dispersed to all first responders including the ones that are no longer in service. The store will still offer a traditional selection like clothing, furniture, and housewares.

The 4heroes thrift store has partnered up with FireChaplin.org to benefit this project. The companies are also working with eight agencies in three different counties. Frank Ocean, the president of Fire Chaplin, felt inspired to work for a good cause because they wanted to support those in traumatic situations.

Near the village of Ryrkaypiy in the Chukotka Region, around 60 polar bears have started to roam the area. Residents have been forced to take extra precautions for this unexpected event. There have not been any sightings of bears in the city, but a team of volunteers have been monitoring the village to make sure.

Concerned residents in Ryrkaypiy have cancelled all public events in the town. Having such a large gathering of polar bears is unusual for the village but has become more frequent.

Environmentalists have considered the warming climate to blame with there being less ice for the bears to reside on. Tatyana Mineko, the head of WFF’s Bear Patrol, has noted that the majority of them were thin. Experts also note that the polar bears are attracted to the smell of food. Authorities have stated that the situation is under control and that evacuations were not necessary.