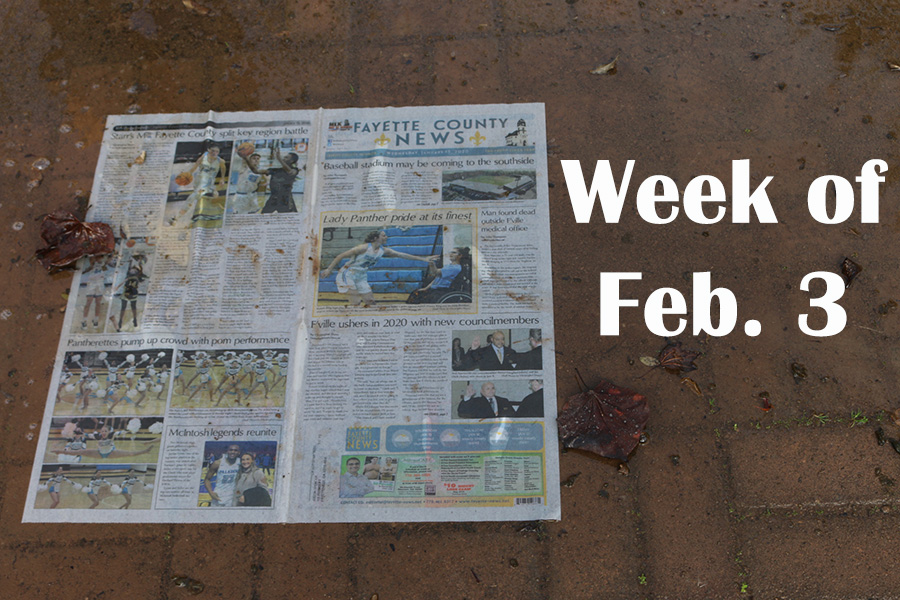 This week, the weather was extremely whack, varying from temperatures in the mid 70s to the low 30s. On Wednesday and Thursday, Starr’s Mill was bombarded with treacherous downpours. Additionally, there was a tornado watch and flash flood warnings throughout the day on Thursday. But the news world kept going. With a dog who broke a world record, a plane crash, and a new golf cart rule, The Prowler has the stories.

After an assault rifle was found under an unattended jacket in Holy Trinity church in Peachtree City, shock and panic struck the people within the community. The rifle, which was reported before the 4:30 p.m. mass on Feb. 1, has now been confirmed by law enforcement to have been a false alarm.

When first discovered, the situation was investigated with law enforcement. Because of this, officers spent the whole night searching for the owner of the gun. It has not been disclosed who the owner is, but it is known that he or she had no malicious intent.

The individual that ended up bringing the weapon to Holy Trinity was simply an elderly woman who lived with the rifle’s owner. Because she felt uneasy about living with the gun, she brought it to church in hopes of getting rid of it. Since this discovery, the church schedule has been returned back to normal.

A New York family is trying to break the world record with their dogs ability to fit six tennis balls in his mouth. Finley has been working on this trick since he was brought home as a puppy and now at age six he’s gotten his record.

The current world record is five balls, but Finley’s family, the Molloys, are trying to get their dog recognized by the Guinness World Records. The organization has strict guidelines and requires a video and witness statements.

The family has created an Instagram for Finley’s impressive talent and hopes to get their incredible dog noticed in 2020. Eri Molloy who brought Finley home her senior year runs the account.

A plane made a close call in Istanbul. The plane was making its way toward the Sabiha Gokcen Airport when it skidded off of the runway and crashed into a ditch. There are no deaths reported at this time.

There were a reported 117 passengers injured from the flight. They all were taken to hospitals around the area. The plane was found with the cockpit flipped over. Both of the pilots are in critical condition.

The cause of the accident has not been determined, but the weather was severe at the time of the crash, and the pilots reported some concerning winds. A similar accident happened less than a month ago at the same airport with the same type of plane. The government has said that they will continue to investigate this situation.

President Donald Trump was acquitted on two articles of impeachment over Senate votes, bringing nearly five months of impeachment inquiry to occur. All Democrats present supported the convicted statement. The Senate declared him not guilty with a final vote of 52-48 regarding charges of abuse and 53-47 on obstruction of Congress.

Republican Sen. Mitt Romney joined the Democratic party in finding the president guilty. Romney was the only Republican to do so resulting in him becoming the first senator to vote to convict a President in the same party.

Trump is still impeached regardless of the acquitted votes. Trump joins Bill Clinton and Andrew Johnson as the only presidents in U.S. history to be impeached. Democrats, however, have vowed to continue investigation into the Trump administration. The Senate will be in recess until next week.

There are many arguments about the golf cart rules and guidelines, especially involving schools and students navigating the multi-use paths. Crossing streets and the confusion of who has the right of way has resulted in accidents.

According to the new city ordinance, golf carts and bicycles must come to a complete stop before crossing any roads. The city has posted a new video demonstrating the late rule. Hopefully, this action from the city will decrease future collisions.

The city does call for car traffic to stop for pedestrians, but stopping for golf carts can be highly dangerous. Golf carts do not have the right of way, so the confusion at a four-way stop can cause wrecks and injuries.