A lovely week in news 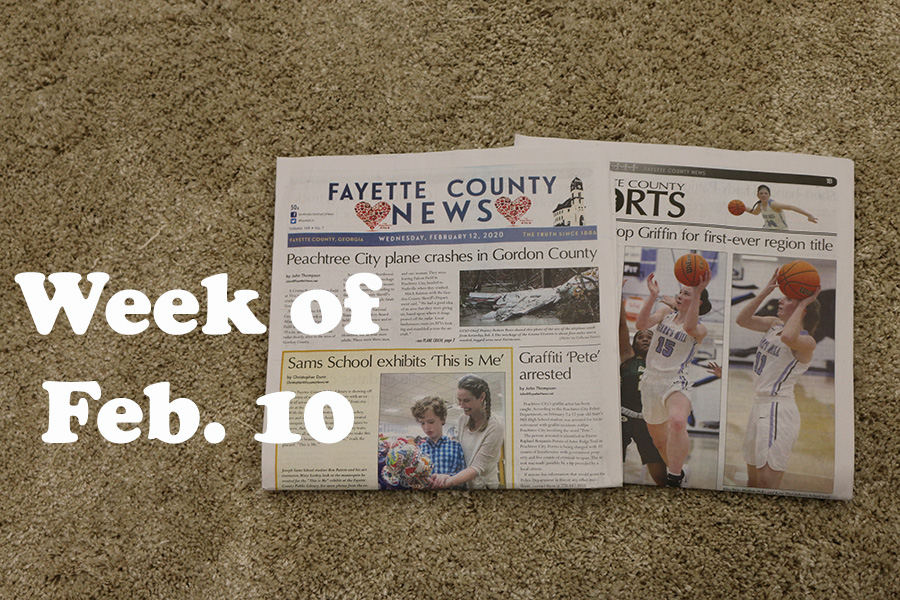 It has truly been a lovely week at Starr’s Mill this week. Throughout the week, the jazz choir sold singing valentines to be performed on Friday. Of course, Friday was Valentine’s Day, which filled the air with lots of love and filled the halls with students carrying bouquets of flowers, boxes of chocolate, and stuffed animals. The news is also filled with countless headlines. With a shooting, a newly announced oldest man in the world, and a new dress code in the Air Force, The Prowler has the stories.

Monday morning, in Buckhead, Georgia, Lenox Square was home to its third shooting in the past six weeks. This time, the victim was a middle-aged man who was shot in the midsection after he had struck some sort of deal with his assailant.

Law enforcement was positive that the meeting of these two men, who appeared to both be in their 40s, was arranged beforehand. Whether or not it was on the basis of drugs, firearms, or something completely innocent, investigators are still speculating the purpose of it.

Atlanta Police Sergeant John Chafee has released to the public that measures are being taken to better prepare for these unfortunate events. Even with response times quicker than ever, the shooter was able to escape.

Candidate Andrew Yang drops out out of presidential race (2/11)

On Tuesday evening, Andrew Yang announced that he was suspending his campaign during his address to supporters in New Hampshire. He addressed how strongly he felt about the results of the race. With the direction not being positive, Yang decided to drop out of the race.

Yang was a former lawyer turned businessman with very little political experience. Yang was able to appeal to voters with his campaign pitch of “Freedom Dividend” and universal income. “Freedom Dividend” would have included a monthly check of $1,000 guaranteed to every American citizen.

His campaign was also centered on his slogan of “MATH” (Make American Think Harder). Mental health was among some of the top priorities of his campaign and he often spoke about it in rallies and debates. Yang has also hinted at a potential political run in 2024.

Guinness World Records has named a Japanese man the oldest living man alive. Chitesu Watanabe is 122 years and 344 days old. Watanabe was presented with the award on Tuesday in his nursing home in Niigata, Japan.

Watanabe said that the secret to living a happy and long life is not to get angry and to keep a smile on your face. Watanabe lived on his family’s farm with his son until he was 104 years old. Then he moved to a retirement home. During his life at the farm, he cultivated over 100 bonsai trees.

He was given this award after the previous oldest man alive passed on Jan. 20, 2019. The current oldest woman alive is Kane Tanaka who is 117 years and 43 days old who also lives in Japan.

Tuesday night, Haley Adams was shot and killed by gunmen breaking into her home. Her pastor, Caleb Newberry, identified her the following evening. Newberry described her as full of joy and has said that many shattered teens have come to him about their personal loss.

Deputies say the gunmen stormed into the house at 9:27 p.m. and made demands to Adams. They then proceeded to fire shots, one of which hit her in the back. Adams was rushed to the Newnan Piedmont Hospital, but passed away from her injuries. Currently, there are evidence markers around the house and shell casings around the yard.

Coweta County law enforcement is investigating potential suspects and are on the search for a light colored, four-door passenger car. Police say the house was targeted, but have not yet found a possible motive for the shooting.

Fox News has released to the public that there has been an alteration in the United States Air Force dress code set in place as of Feb. 7. While a majority of the uniform changes in the past have been made in an effort to make everyone look alike, the most recent change will do the opposite.

As of last Friday, everyone now has the option to wear a hijab, turan or under-turban, unshorn hair, unshorn beard, and head coverings in the force. The request for a change in attire has been strictly for religious purposes. With that said, the Air Force will have the power to reject any other insignificant requests.

According to the Air Force Times, Staff Sergeant Abdul Rahman Gaitan had the honor of being the first Muslim Air Force pilot to legally wear a beard for religious purposes in 2018. Now airmen everywhere will have the same privilege as Gaitan, and be able to display their faith.