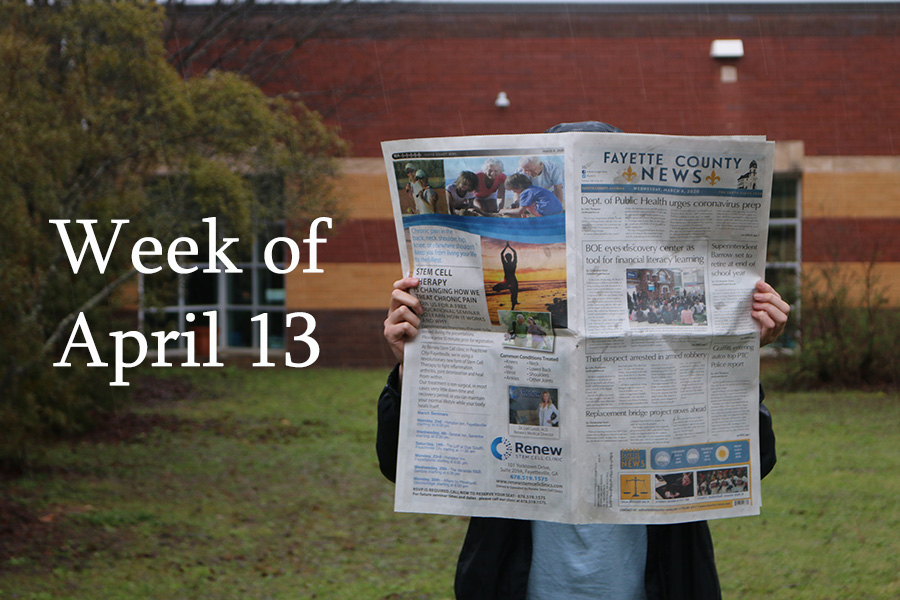 With Starr’s Mill closed and learning solely moved onto the internet, students are finding countless ways to spend their spare time. Through TikTok and other social media platforms, students are finding ideas of how to social distance and still have fun. Everything from making whipped coffee to dying hair every shade of the rainbow can be seen in the current lives of Starr’s Mill students. With protests against social distancing, a new record for sand angels, and an endorsement for Biden, The Prowler has the stories.

Democratic Senator Bernie Sanders has officially endorsed former Vice President Joe Biden for president.  Last Wednesday, Sanders suspended his presidential campaign but did not clarify who his endorsement was for until April 13. Sanders made his announcement during a livestream with Biden.

Sanders’ endorsement of Biden happened in rapid time compared to Sanders’ endorsement of Hillary Clinton in the last presidential race, which was not until July. The livestream was kept friendly and professional and joked toward the end of playing a game of chess. “I appreciate your friendship, and I promise you I will not let you down,” Biden said.

The KOAT action news has partnered with the United Way of central New Mexico to develop Giving Tuesday. The project is designed to help people overcome the struggles of COVID-19.

They have set up feeding family’s funds to assist local charities struggling to feed families around the state. These are the families suffering from the loss of a job or sickness caused by the coronavirus.

Most of the food comes from local restaurants. You can donate to the fund by texting FoodNow to 41444. Their goal is to help feed those in need starting in New Mexico with hopes of expanding.

On a beach in Australia, some good news emerged while the rest of the world is in a crisis. A large sum of people gathered together to break the record for most people making sand angels at one time.

The last time this record was broken was in Michigan in 2017 when a total of 1,387 people made the angels at the same time. This record was broken this year with 1,624 people in Gold Coast, Australia. The event occured in November 2019, but the city just received the news on Tuesday that they had broken the record.

Not only was the event fun and a record breaker, it also raised money for charity. They raised over $20,000 for Drought Angels, a charity that helps farmers through tough situations. The mayor of Gold Coast said that the event showed community spirit and they hope to do it again after the pandemic.

No one likes being stuck indoors, but some Americans see the quarantine as government oppression and are voicing their opinions louder than ever. Patience is dwindling and defiance against the government and the science behind COVID-19 is causing mass frustration.

The federal government has been flattening the infection curve, causing the public to question why halting the nation’s economy was necessary. 22 million total Americans have filed for unemployment since March, and the country’s debt is only rising.

Protests in Michigan could be heard from the governor’s office. There were no masks, no social distancing, and it was loud and aggressive. People rallying were defying strict stay-at-home orders, and they were ignoring medical requests along with safety for their health.

Carrollton superintendent strives for student discipline outside of school (4/17)

Dr. Mark Albertus, the superintendent of Carrollton City Schools, plans to penalize two students in his district for using racial slurs in the creation of a viral TikTok video. Not only does the 50-second video contain vulgar language, but serves to insult and degrade all that attend Carrollton schools.

In the video, a white senior girl and an unidentifiable male student imitate the production of baking content. With the title of their post being “Carrollton,” the two students show audiences the ingredients they believe it takes to make the school district. However, instead of using common kitchen contents, they make offensive comments about both the administration and the students.

While the fate of next year’s academic school year still remains uncertain, it is clear that the two students involved in this racist video gone viral will receive a punishment fit for their actions.