News coming in at full force 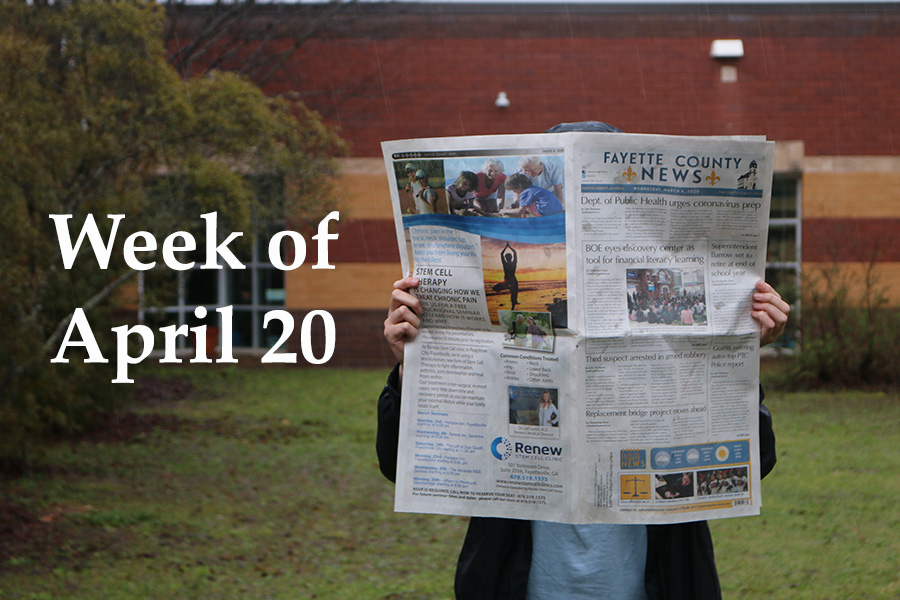 Starr’s Mill students and faculty have continued to work on their digital learning materials throughout this week. With the new grade policies finally being put into action, students have started to make decisions as to which classes they need to continue working in to raise their grades. As most standardized tests are canceled, some of the only students working toward an end of the year test are AP students. Their AP exam reviews have been in full force ever since spring break. Another thing that has been in full force is the news. With the lift of coronavirus restrictions, clapping for a charity, and layoffs, The Prowler has the stories.

On Monday, Georgia’s governor Brian Kemp announced that the state will be lifting the coronavirus restrictions on April 24. Other southern states have also made this announcement.

Kemp’s new decision included the opening of gyms, barber shops, and other businesses which involve close contact. Reopened businesses will have to enforce guidelines of wearing gloves, wearing masks, and maintaining a 6-foot distance from others. Despite Kemp’s actions toward reopening the economy, the state of Georgia has only been closed since April 1, less than a month.

Many public figures have ridiculed Kemp’s decision. According to the data from John Hopkins University, cases in Georgia have risen from 7,300 on April 6 to 18,000 on April 19, a span of two weeks. Before the state reopens, a rigorous contact tracing effort has to be launched, masks are to be mandated in public, and strong support offered for remote learning.

Wallethub conducted a series of tests and surveys in order to try and figure out which state was doing the most to prevent the spread of the coronavirus. This also determined which state has slowed down the spread the best, and Hawaii appears to be doing the best.

The study had six categories of different essential businesses which are still open and which states had people still visiting them. This determined the state who had the most people following social distancing and mandatory stay at home rules. Then they determined which state had slowed down the virus the most. The study also concluded that the states with the best scores were also blue states who care more about health than economics.

While the world stands still in a state of panic, the coronavirus continues to torment its inhabitants. Even inside the seemingly impenetrable Peachtree City Bubble, conditions have forced the hand of the Fayette County School District to make alterations to the usual graduation and celebration of high school seniors.

“Due to the COVID-19 state of emergency that has placed restrictions on social gatherings in Georgia, graduation ceremonies for all Fayette County Public School System high schools have been postponed to August 1, with a virtual commencement taking place on the scheduled graduation day of May 22,” Fayette County Public Schools spokesperson Melinda Berry-Dreisbach said.

While hope for scheduling prom has been utterly decimated, this does not mean all senior activities will fall victim to COVID-19. In addition to a graduation ceremony on August 1, seniors have also been gifted a weekend for their school to celebrate their accomplishments. It is still uncertain how Fayette County schools will go about doing this, but it will be better than nothing at all.

Coronavirus has blanketed state and city governments with an economic crisis. With the majority of businesses closed and millions of workers filing for unemployment, state and city tax revenues are drying up. State and municipal governments are rallying for federal support, and Democrats hope to pass another coronavirus relief package to help economies.

State and city revenue is adjusting to current events and to the decline in spending and demand. There will not be a source of tax revenue that will not decline, even after taking reserves into account. A recent analysis by the Center for Budget and Policy Priorities shows that states could face shortfalls of $360 billion or more.

The federal government recognizes the suffering of state and municipal governments. Congress included $150 billion in the $2 trillion relief package released in March, but there’s a catch. The package can only be used to cover expenses incurred during the pandemic, not revenue, and is only available to larger cities and counties.

During this tense time all over the globe, some people have made it their mission to put smiles on people’s faces and do good as well. Jack Peagam, a London local, was inspired and decided to raise money for health-care workers.

He got his idea from Clap For Our Carers, an initiative that encouraged Britons to clap for the front line workers of this pandemic. Peagam decided to take the next step in the fight to help health-care workers. He set up a YouTube livestream to clap for 24 consecutive hours, but due to technical difficulties switched to Facebook Live.

He originally started the livestreams at 8 p.m. on Thursday and plans to go the full 24 hours clapping. Peagam’s original goal was $6,173, which would go to National Health Service Charities Together. At 10 a.m. this morning, he was less than $400 away from his goal.