KICs in the homestretch 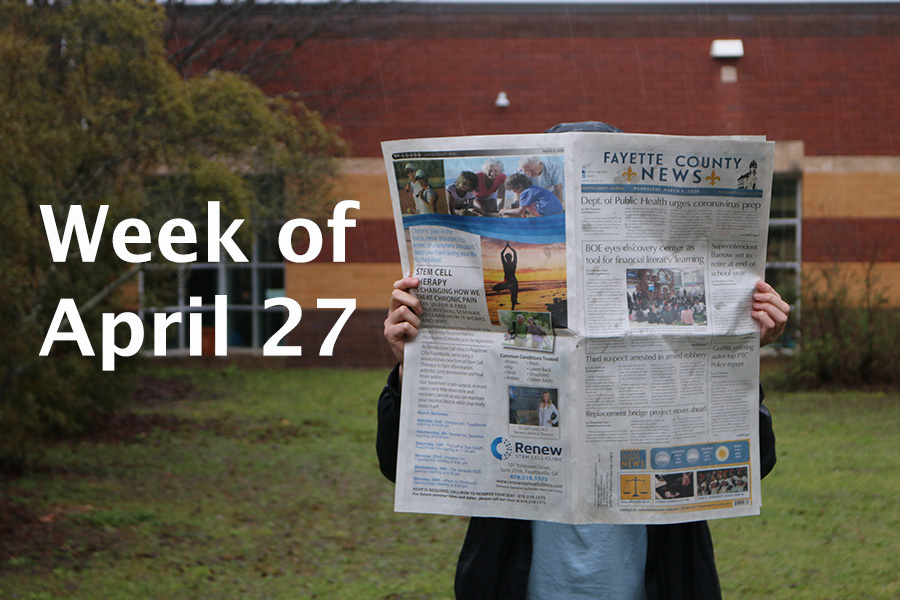 Starr’s Mill students have finally approached the homestretch of the school year. With the first day of May, neighborhoods in the area have started putting up their graduation signs. Typically, these signs remind students that the school year is finally coming to a close, but this year, it reminds students of everything that they have missed. Something that is not missed, however, are the headlines! With Atlanta restaurants reopening, a gymnastics coach suspended, and coronavirus updates, The Prowler has the stories.

In the Atlanta metro area, people are now allowed to dine in restaurants again starting Monday. Georgia is one of the first states to allow full service dining to start up again due to Governor Brian Kemp lifting restrictions.

Kemp implemented a set of 39 guidelines for restaurants and their employees to follow. The guidelines require that employees constantly wear masks, a maximum of six customers per table and no more than 10 customers per 500 square feet.

However, many people strongly oppose this new change. Numerous locally owned restaurants in Gwinnett County have refused to reopen their dining rooms and have continued with modified options for the precautions of their customers. A group of more than 50 restaurant owners started the hashtag #GAHospitalityTogether to show their stance on the situation.

In the United States, the coronavirus cases are coming incredibly close to hitting 1 million people infected. Multiple states are going forward and lifting the stay-at-home restrictions, despite experts saying that it’s too soon.

States like Texas, with 30 million people, have announced the reopening of businesses including restaurants, malls, and cinemas. Multiple officials and healthcare workers have said that this is not a good plan and they are “gambling with people’s lives.” Other states such as Georgia are following what Texas is doing with similar criticism.

Some countries, such as Sweden, have gone against what the rest of the world is doing and have decided not to lock-down and have kept everything as usual. The country has claimed that they are doing just fine and their strategies have worked, but the numbers of people tested positive suggest a much different story.

Stacey Abrams, a former Democratic candidate for the governor of Georgia, openly spoke about Joe Biden after he was accused of sexual assault. The 2018 candidate, who lost the election, addressed how this claim should be investigated and that for now, she believes Biden’s story.

Tara Raede made a claim that in 1993 she was sexually assaulted by Joe Biden. Abrams believes that it is false. When she said to disagree with Raede, she discussed the former Vice President’s acts to help women who are affected by abuse.

Abrams has also discussed how she wants to run alongside Biden in the presidential race. But even without that offer, her claim would have still been made. The main democratic candidate is now Biden,and he has yet to choose a VP running mate.

Maggie Haney, a New Jersey gymnastics coach, has been suspended for eight years because of emotional and mental abuse allegations. Haney was previously the coach of Olympic champion Laurie Hernandez.

The United States of America Gymnastics made a statement to CNN saying that Haney violated the USA Gymnastics Code of Ethical Conduct and other policies. The organization has not released details, but there have been reports of several athletes testifying against Haney.

One of those potentially testifying against Haney includes Laurie Hernandez. In an Instagram post, she shared her story to her fans to help them realize the wrong in Haney’s actions. Despite it being a difficult story to tell, Hernandez stresses that her mistreatment scarred her. She did not name Haney in the post.

As of April 30, Georgia Governor Brian Kemp has extended the Peach State’s emergency status well into June and has done away with the shelter-in-place order. However, while people are allowed to leave their homes for non-essential endeavors, Gov. Kemp continues to urge the elderly and medically compromised to stay indoors another month and a half.

“The health and well-being of Georgians are my top priorities,” Governor Kemp said. “My decisions are based on data and advice from health officials. I will do what is necessary to protect the lives – and livelihoods – of our people.”

By extending Georgia’s state of emergency, there is hope for more virus testing, better executed contact tracing, and emergency response across the state. With new policies put into place, optimism is on the rise in Georgia. However, it is essential for citizens to not dismiss social distancing.