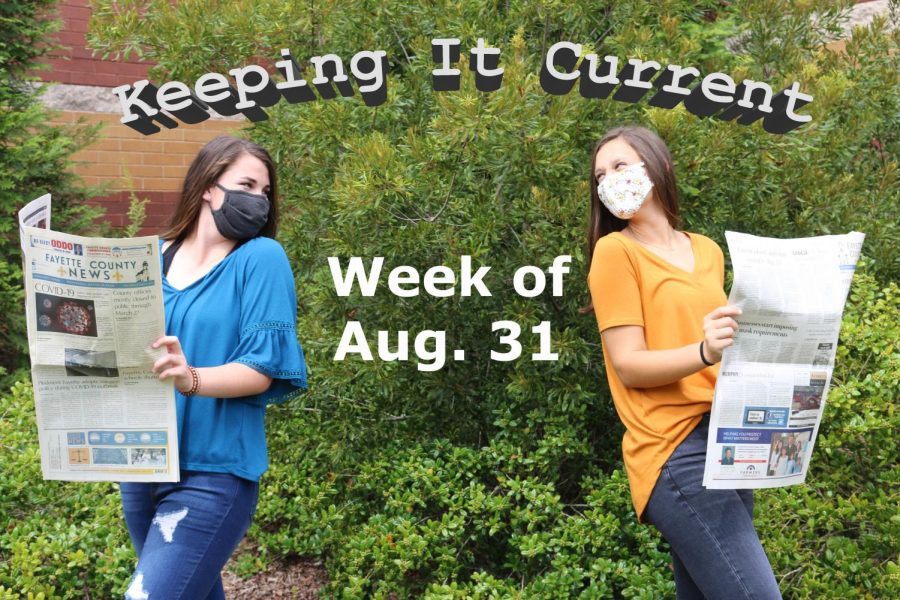 After a long third week of school, students are ready for a long Labor Day weekend. However, a break from school work does not mean a break from headlines. The past week included honoring a man for his on- and off-screen heroics, Trump taking a trip to Wisconsin, and murder and outrage outside the U.S.

Chadwick Boseman is known for his roles in “Black Panther,”“42,”“Marshall,” and“Get on  Up.”  He was recognized as a true hero on and off the screen. VMAs also honored additional prominent Black figures who have recently passed, including Juice WRLD and Little Richard. The ceremonies ended with a performance by Black Eyes Peas singing “I Gotta Feeling,” and lead singer Will. i. Am shouting “Wakanda For Ever” in honor of Boseman.

The importance of ‘swing states’ in the upcoming election (Sept. 1)

As we draw closer and closer to Nov. 3, Donald Trump and Joe Biden are both still trying to win over several states for the needed 270 electoral votes. Electoral votes are when a state’s Electoral College makes the final decision on who the state is supporting in the election. The number depends on the total number of people in the Senate and the House of Representatives for said state.

All of this information comes from the 2016 election. Trump needs to win over several swing states in order to reach 270 electoral votes, and earn his second term as president.

The shooting of Jacob Blake caused quite an uproar in America’s already-stirred population. Several protests broke out in Kenosha, and while the local law enforcement worked to de-escalate the situation, Trump sent in the National Guard. President Trump paid Kenosha a visit shortly after these events.

His itinerary for the day included a visit to a property damaged by recent riots in addition to visiting a local high school. Trump did not meet with Blake’s family during his Wisconsin visit because the family was requesting that lawyers be involved.

The German police found the bodies of a woman’s five children at an apartment in the west town of Solingen. The mother was the one held responsible for the deaths.

The mother threw herself in front of a train, and is now being treated in a hospital. The police have no proof that the mother was responsible for the death of the children, but they do have reason to believe she was.

The mother is being held in the hospital and waiting for her recovery. Police are still investigating the murder, but have made no arrests.

On June 30, Hong Kong’s government established a brand new law banning certain words and phrases that the community speaks daily. They are taking action by protesting against them, fighting for their rights to speak freely.

Different restaurants, books, and TV shows have had to remove certain things that relate to their protest toward their government. Free spoken restaurants had to take down posters and publishers had to remove certain text or pictures from books. Libraries have even removed books on the topic. People were also arrested for writing articles going against the government.

The people of Hong Kong are now playing protest music without the lyrics and holding up blank signs or signs with coded messages.