Keeping up with the KICs 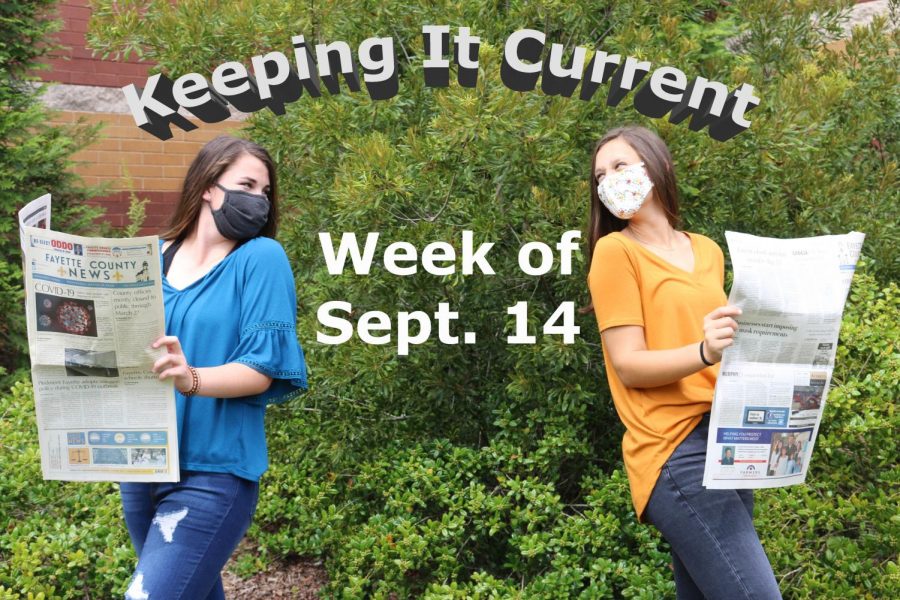 After a stressful first few weeks of school, Panthers seem to be finally getting the hang of this hybrid schedule. But with the end of another week comes another set of KICs. This past week has Italy reopening schools, the death of a treasured K-9, hurricanes crossing the Atlantic and entering the Gulf of Mexico, and more COVID craziness.

After seven months the COVID hot spot Italy is returning back to school. Italy suddenly shut down schools on Feb. 21 when the virus started spreading locally. Eight million students were forced to stay home for a two-and-half-month period. The school officials in Codogno are continually working to ensure students are safely returning to school.

Schools have set up waiting places for students to ensure a six feet distance at all times. Also, they have the option to ride a shuttle bus back and forth to school while wearing a mask. The local middle and high school received 230 new desks from the government to assist in the social distancing in classrooms. If the desks are the required six feet, students can take off their masks while seated in class.

The principal Cecilia Cugini is working hard to make this transition for students easy. She is also making plans to meet social distancing rules and emotional needs for each student.

K-9 Blue was shot in the line of duty last Thursday. He was the first full-time K-9 dog on the Gwinnett County Swat Team.

Over 100 people lined the street to pay their respects to Officer Blue. Law enforcement from Clayton, Dekalb, and Gwinnett were all in attendance for the funeral progression.

The police department of Gwinnett thanked everyone for their condolences for SWAT K-9 Blue over the past few days.  The funeral will be held today at 8:30 a.m. and SWAT K-9 Blue will be buried at the Oak Rest Pet Gardens Cemetery in Bethlehem, Georgia.

Recent hurricane activity in and off the coast of Georgia has reached historical highs, with one to two inches of water able to be seen in metro Atlanta. Georgia’s current weather has been caused by Hurricane Sally, which blew in off the coast of Alabama this Wednesday.

The effects of the hurricane are depleted as it moves further inland, though starting as a Category 2 hurricane it has left an imprint wherever rain has fallen. As of now, the storms are easing up as it heads further into North Georgia. Other areas besides Georgia have also seen the effects of the rainstorms. Pensacola, Florida, received over two feet of rain, with almost three feet of rainwater covering roadways.

Now formed as a tropical depression, the storm is located in North and South Carolina, with the National Hurricane Center issuing flood warnings for the rest of the storm’s expected vector.

Politics are starting to interfere with our response to the current pandemic (Sept. 17)

With Covid-19 going around, people are quarantining and wearing masks wherever they go, but now because of our political standpoints, people are having different views on the responses put toward the pandemic.

Since the outbreak started, different news channels have had their own opinions. Some stressed the situation, saying people should stay inside at all times, while others said it is not as bad as it sounds. Ethically, people should make health decisions on strict evidence, not opinions or influences. But the partisans have different attitudes toward the pandemic.

At the moment, economists question whether the stay-at-home order and wearing masks is really helping. They started it in March since they had no other plan, but they are not sure how everything will work financially with potential vaccines coming out soon.

India’s struggle with the COVID crisis causes child marriage numbers to rise. Schools are closed and vulnerable adolescents are left at home.

Children are at the mercy of their families and neighbors’ influence. Young girls seek refuge from their impending forced marriages by reaching out to teachers and friends for a helping hand, but the school shut-down prevents this.

Millions of jobs were lost during the prolonged lockdown and the workers, primarily young men, returned to their hometowns. Because of this, mothers began to receive marriage proposals for their young daughters and quickly accepted the proposition for what they felt was the safety of their children. However, many of them did not consider the thoughts and feelings of youthful brides-to-be.

Unless India’s schools reopen soon, things may become worse for the adolescents who live there. The situation may only abate when Indian communities open once again.