Going back to KICs 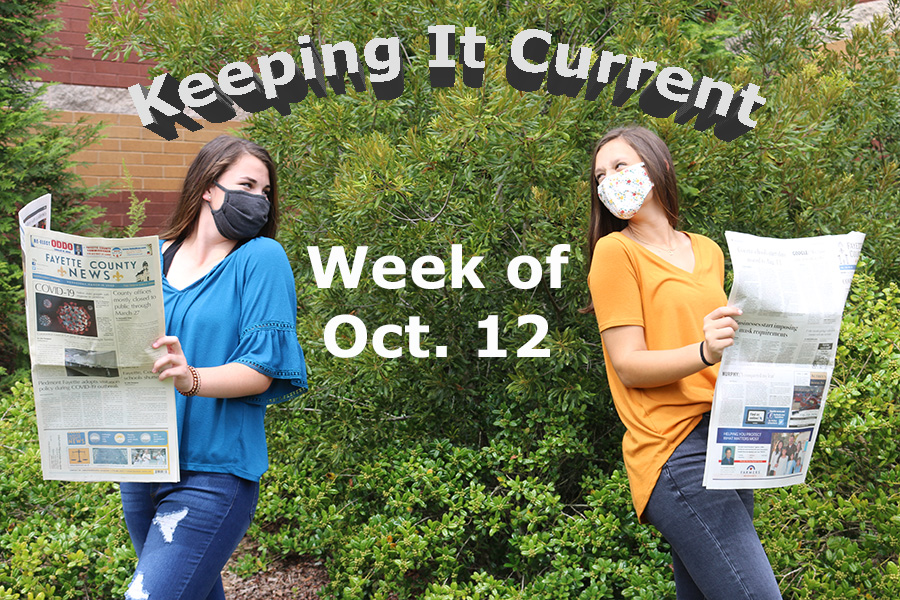 Finally, the last week of the ‘yellow’ hybrid schedule is over and Panthers are getting ready for a second first day of school on Monday. But the new schedule isn’t all there is to look forward to because our news writers have come up with a great set of KICS. We have lethal weapons, voting records, life-changing surgery, and Halloween fun.

Police in Belarus have been authorized to use lethal force if necessary against anti-government protestors. Authorization was put in place to tame the increasingly radicalized, violent anti-Lukashenko protestors.

Protests have sparked all across the country since Lukashenko claimed his victory in a political poll suspected to be rigged.

These protests have become increasingly organized and radical. Protestors hurled stone and glass bottles and were wielding knives. The interior ministry allowed tear gas and other dangerous weapons to prevent further chaos.

Early voting started on Monday, and Georgia has already had a record turnout of about 127,000 voters.

Unlike some Georgia voters who have had to wait in line for hours in order to cast their ballots, over 1.35 million Georgia voters requested an absentee ballot due to Coronavirus concerns. The ballot features not only the general presidential election, but also the election of state senators, state constitutional amendments, and a referendum.

Georgia has typically gone red in presidential elections. Polls report that so far Biden and Trump are neck and neck for the 2020 election. Americans will have to wait for Nov. 3 to find out the results.

Nikolai Tomayo was born with a congenital femoral deficiency that caused one leg to be shorter than the other. Tomayo had multiple surgeries to make the shorter leg longer when he was only nine years old. These procedures had caused screws and bolts to constantly be sticking out of his thigh, and created open wounds that would get infected.

He was unable to run and play for too long because his muscles would get so tired, until he went through a surgery that changed his life. This procedure had a precise metal plate screwed into his leg and a machine his parents could use at home to strengthen and lengthen his leg.

Tomayo was one of the first children in the country to receive this surgery. In adults, a metal rod is used instead.  This rod is too large for children, so Dr. John Herzenberg gave Tomayo this procedure instead. He will need another surgery in a year, but for now he can do the things all other kids can do.

Trump talked about COVID-19, mainly about his handling of it and whether he took a test before the debate with Biden. Trump also discussed white supremacy, his supposed $400 million debt, and the QAnon conspiracy group.

Biden mentioned that before Election Day he will share his opinion on expanding the Supreme Court. He said that he is “still not a fan” of the idea.

This debate was supposed to include both Trump and Biden together on the same stage, but doing so was deemed unsafe after Trump recently tested positive for COVID-19. Biden mentioned that he is planning on attending next week’s debate, but he would like Trump to take a test beforehand.

Downtown Fayetteville will be hosting many Halloween events throughout the week of Oct. 25-31. There will be a Great Pumpkin Display, chili cook-off, and a cornhole competition all held at the old courthouse.

Kids will be able to bring their decorated pumpkins to the old courthouse for others to view throughout the week. Shriners’ Annual Chili Cook-off and Cornhole Competition will be Oct. 24 from 11 a.m. until 4 p.m., and will be held on the old courthouse lawn.

Patrons will have to make a small donation in order to taste the chilis, and the cornhole competition will also be taking place during the time of tasting. There will be live music courtesy of the Sean Carter Band along with food, beverages, and vendors.