Gearing up for KICs 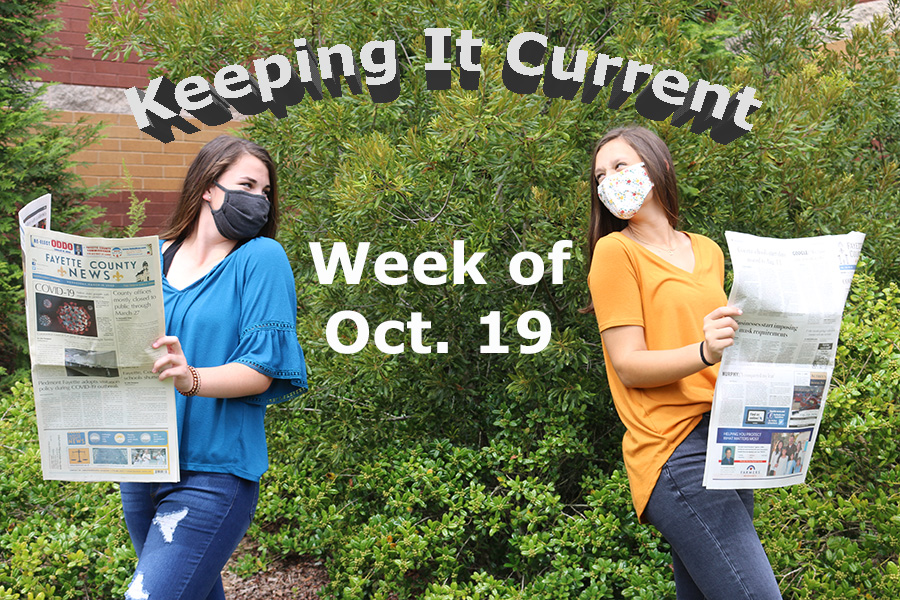 After a stressful week of school work, the weekend isn’t all we have to look forward to. Our writers have been hard at work to bring a new set of KICs, including deadly sharks, hands-on learning, early voting, COVID Halloween plans, and COVID’s evolution.

Australian sharks hunger for humans because of climate change (Oct. 19)

There were no shark attacks in Australia in 2019, and years before there were one or two deaths annually. This year, however, there are already seven. The last year shark attacks reached this peak was 1934, and 1929 there were nine deaths in the area.

It’s not that there are more attacks, there have been 21 this year, but the fatality rate has increased dramatically. Scientists are blaming the world’s climate crisis. Entire ecosystems are being destroyed and forced to adapt, including fish migrating to new areas.

Australia is a hot spot for global warming, so the theory makes sense. This means that most animals are migrating south in search of a more suitable habitat, into the reign of humans.

They brought a mobile crime scene unit on campus and gave students a peek into what it’s like in the law enforcement field. “We watch stuff on TV and think it’s real. Really understand the tools, the procedures, the chain of custody that truly happens with crime scenes,” stated Lori Pace, a criminology instructor at Concord.

Lori then talked about how the university likes to work with partners like the Greenbrier County Sheriff’s Department and how they want to provide their students with more opportunities similar to this.

The U.S. Elections Project is a website run by Michael McDonald that provides data on early voting throughout the country. According to the website, approximately 42,143,836 people have already voted, and Election Day is still 13 days away.

The amount of Americans who have voted early is around 30% of the total number of votes from 2016. Of the ballots, 52 percent were from Democrats, 26 percent from Republicans, and 21 percent from people with no party affiliation, based on the states that released the voters´ party registration. This information can’t be used to identify who votes for who because not all Democrats will vote for Joe Biden and not all Republicans will vote for Donald Trump.

Even throughout the pandemic, people are still doing everything they can to vote. The early voting turnout can be taken as good news. This can help voters if they have any problems with their ballot because there is more time, and it can help election officials manage the election much easier.

DeKalb County has started planning for fun and safe Halloween celebrations. This year Halloween is going to look a little different due to the risk of COVID-19.

Decatur City Manager is trying to balance the fun festivities while keeping the community safe. The city is discouraging events that attract large crowds. For the families trick-or-treating, homemade candy chutes are being made to keep the six-feet distance. While some neighborhoods are setting time slots by age to decrease the number of people on the street at once.

DeKalb understands that this holiday is one that many families look forward to. Many cities have found ways to make Halloween COVID-friendly with trick-or-treat drive-thrus, candy chutes, and individually wrapped candy packs.

Pediatric patients in Washington State reported over a dozen cases of Multisystem Inflammatory Syndrome in Children. Experts are saying it is linked to the new coronavirus. Washington State Department of Health reported 15 cases of MIS-C as of Oct. 10.

Multisystem Inflammatory Syndrome in Children is an inflammatory disease and is similar to  Kawasaki disease. MIS-C is known for causing inflammation in different body parts such as the heart, lungs, kidneys, brain, skin, eyes, or gastrointestinal organs. The children who have gotten MIS-C have ranged from 0-17 years old with the symptoms of abdominal pain, vomiting, diarrhea, neck pain, rash, bloodshot eyes, or are feeling extra tired.