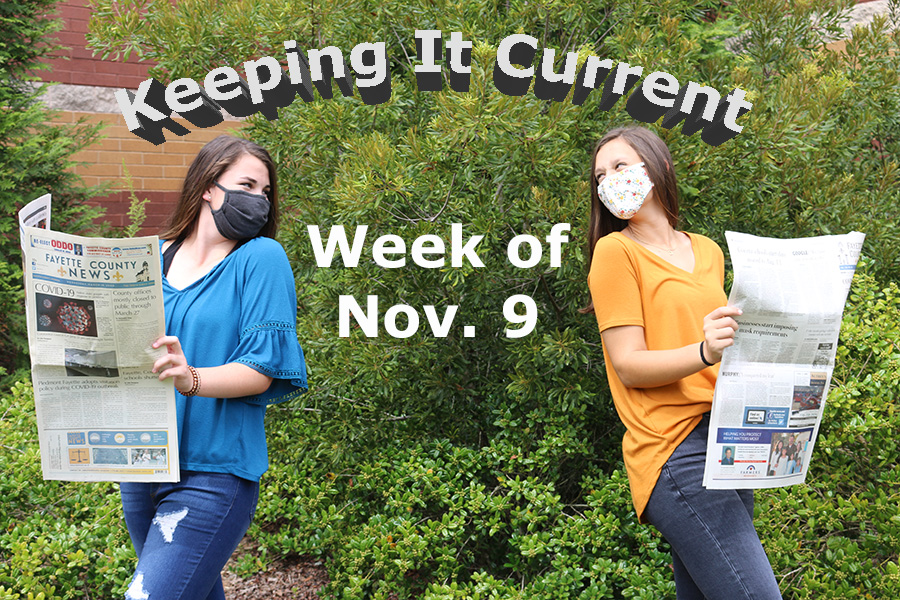 After a stressful first full week of school since early March, Panthers are excited to relax and unwind over the weekend. But the weekend isn’t all there is to look forward to because our news writers have whipped up a new batch of KICs. With the battle against coronavirus continuing, a Dollar Tree robbery, the death of a principal in Puerto Rico, Harvard making headlines, and shipwreck survivors, the Prowler has the news.

Appointing advisors to the task force is Biden’s first major move toward implementing his COVID-19 policies as President-Elect. The force includes Surgeon General Vivek Murthy, and Rick Bright, former whistleblower of the Trump administration. Their duties and responsibilities begin once Biden is officially sworn in as President of the United States in January.

Not long after meeting with the advisors, Biden called for Americans to continue wearing masks and adhering to social distancing precautions as a “dark winter” approaches. Biden also claimed that drug company Pfizer has been largely successful in research toward a coronavirus vaccine.

On Saturday night, two employees were held at gunpoint during a robbery of the Dollar Tree on Highway 85 South in Fayetteville. The two employees left the scene without any physical injuries.

The employees said the man walked into the store and was supposed to be shopping and walked up to the register with cash in hand to pay for items. Once they started to bag his items, he had a pistol in his hand down by his waist and started having an aggressive tone and demanding for the money.

The cashier opened the register after he started saying “he was not playing” and “I will shoot.” The man took all of the money out, put it into a shopping basket, and covered it with a sweater. He left the store without harming anyone. The male has still not been found but the incident is under investigation.

Local media in Puerto Rico said two people drowned at a beach behind the San Juan hotel sometime Sunday. Police identified them as Jamar and AnnMarie Robinson of Georgia. A faculty member confirmed this to Channel 2 Action News and staff members Wednesday morning at a meeting.

Channel 2 learned that Jamar and AnnMarie were swimming in the ocean when AnnMarie got caught up in some rip currents. According to reports, Jamar tried to save her, but they both tragically died. Robinson is a native of Atlanta and graduated from Southwest DeKalb High School. He earned his degrees from Florida Agricultural and Mechanical University, Georgia State and Georgia Southern. Robinson taught at Martin Luther King, Jr. High School in Stonecrest before he joined Westlake High School.

Robinson earned several awards in Atlanta, including being recognized by Secretary of State Brian Kemp as an outstanding Georgia citizen. The school switched to online learning for the day after learning of the principal’s death.

The Court of Appeals in Boston ruled Thursday that Harvard University does not penalize Asian-American applicants in order to diversify their community. Previously, an anti-affirmative action group filed a lawsuit against Harvard, claiming that the university limits the number of Asian-Americans accepted for admission.

Judges claimed that the use of race in the admissions process is simply contextual, but the nonprofit organization Students for Fair Admissions views this as discriminatory. While Asian-Americans tend to score the highest academically, the group has the lowest average score in the personal category of Harvard University’s application.

Students for Fair Admissions hope to push their case to the Supreme Court, and they are also hoping to target racial issues at the University of Texas at Austin and the University of North Carolina at Chapel Hill.

One wooden ship carrying migrants bound for Europe was found capsized off the coast of Libya, and 20 people on board were found dead. This information on the wooden ship came out on Thursday after another shipwreck was reported in the Mediterranean Sea. It was reported that 74 migrants died in that wreck.

Only three women survived the most recent incident after being rescued by local fishermen. The three women were reported as being in shock as they watched their loved ones being swept away by the waves.

Since the death of long-time dictator Moammar Gadhafi in 2011, Libya has become a transit point for migrants trying to get to Europe.