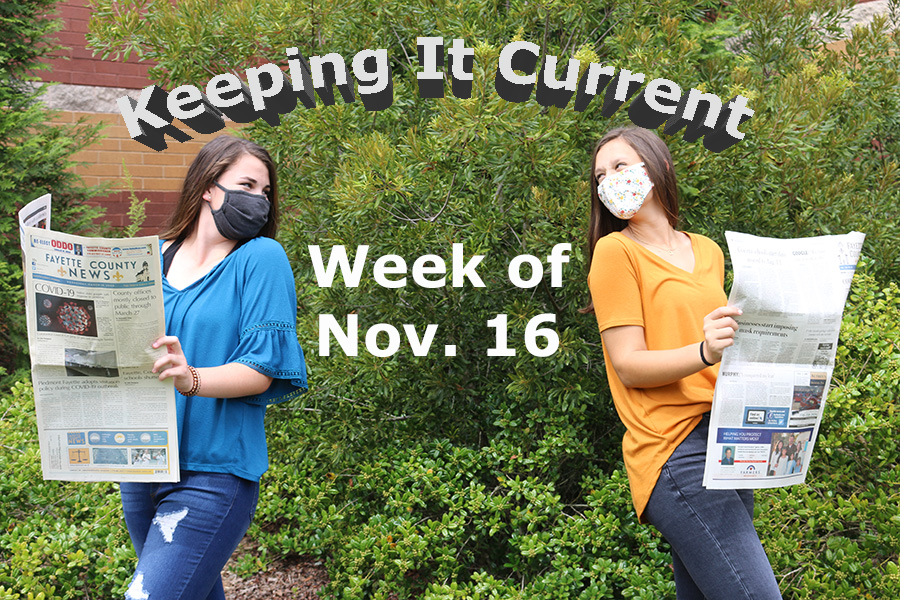 After a long Covid-crazy week students are ready to chill and relax with the upcoming Thanksgiving break. But the break isn’t the only thing to look forward to because our news writers have come up with a new set of KICs. With protests in Belarus, hundreds of employees being hired in Newnan, Trump losing the vote count, nursing homes taking extra precautions, and speeders taking advantage of empty highways, the Prowler has the stories.

Protests in Belarus 100 days after the re-election of President Alexander Lukashenko (Nov. 16)

Nov. 16 marks 100 days since the re-election of Alexander Lukashenko, President of Belarus. An approximate 2,000 retirees marched the streets in protest of his 26th year in power.

Strikes and protests have erupted across the country since Lukashenko’s victory in August, and many are frequently being met with violent police interference. Several attendees at Monday’s march in Minsk carried signs demanding Lukashenko to step down. Many were also calling for a criminal investigation into the death of opposition supporter Raman Bandarenka, who recently passed away after being attacked by security forces.

European officials, including the German chancellor’s spokesman Steffen Seibert and Lukashenko’s former political opponent Sviatlana Tsikhanouskaya, have called for an end to the authoritarian rule in Belarus. The European Union condemned Lukashenko and several officials earlier in the year, while the citizens of Belarus continue to protest.

Due to the increasing demand for Yamaha recreational products, Yamaha Motor Manufacturing Corporation of America is hiring 300 more employees for the assembly lines located in Newnan.

This facility designs and assembles golf carts, all-terrain vehicles, personal watercraft, and side-by-side vehicles. Vice president of finance and operations support Bob Brown shared that many people are turning to Yamaha’s products to have fun at home while many travel destinations are struggling due to COVID-19.

The Pennsylvania Supreme Court ruled against President Trump’s claim that poll observers were not close enough to watch the vote counting process. Pennsylvania was one of the key battleground states that switched from red to blue in the 2020 election.

President Trump has been going to court over the election in multiple states. The Trump team argued that Pennsylvania’s total election tallies should be scrapped. The Pennsylvania Supreme Court ruled against Trump because even if observers were not able to closely watch the process, those votes that are otherwise valid should not be invalidated.

With COVID-19 cases rising again during the winter the Trump administration is urging nursing home residents and staff members to take extra precautions with the holidays approaching.

Residents and staff members are being encouraged to avoid contact with their family members this holiday season. As of Nov. 18, nearly 94,000 people in nursing homes have died as a result of COVID-19.. Cases of the coronavirus have increased 17% this week in nursing homes, and this is the sharpest national increase the COVID Tracking Project run by The Atlantic has seen since May.

It has been really hard for everyone in the nursing home to not be able to see their family members, but with cases increasing it’s the safest precaution to make.

The pandemic has led to another dangerous problem: super-speeding drivers on metro Atlanta highways.

Georgia State Patrol believes there’s one big reason for the increase in super-speeders. Fewer cars leaves the roads wide open for drivers with a need for speed. Last year, between March and July, GSP gave out almost 8,800 tickets to drivers going at least 24 mph over the speed limit. Though this year during those same months, GSP caught more than 10,000 super-speeders even with fewer drivers on the highway.

The Georgia law defines super-speeder as anyone going 85 mph and above on any road or highway. There is a super-speeder fee of $200 in addition to other fines that vary by county. Drivers who do not pay the fine within 120 days will have their license suspended.