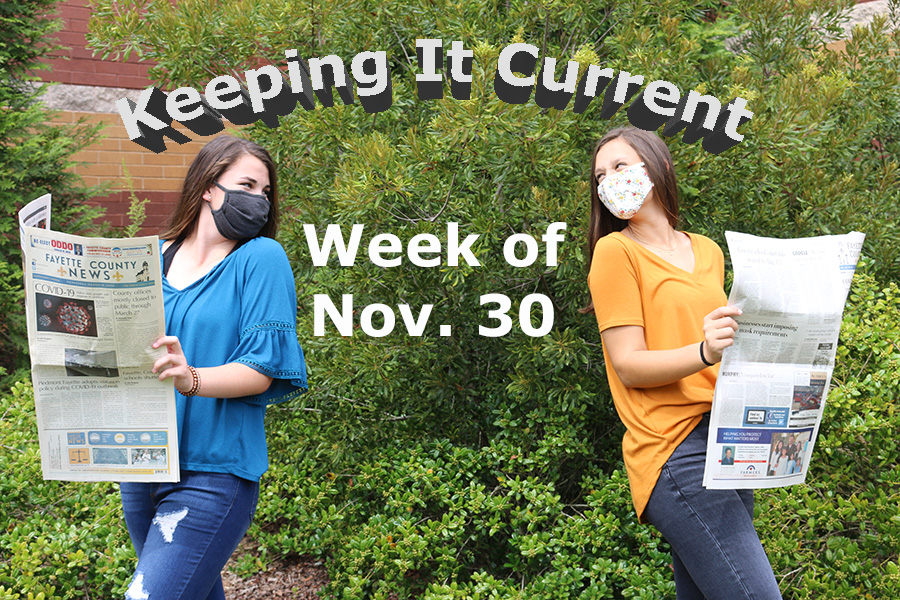 This week, Starr’s Mill students and faculty were hit with the news that the school would be operating on a new “Hybrid 2.0” model. While the synchronous learning model is changing, the KICs are ever-present! With a SWAT standoff, a melting iceberg, and a house fire, The Prowler has the stories.

According to the Georgia Bureau of Investigation, the standoff took place off of South Highway 92 in Fayetteville. Landy barricaded himself in his house once police arrived. At 3:30 p.m. he sent a mass text to his family saying he “couldn’t handle it anymore.”

Landy was presumed to be asleep when SWAT officers deployed a robot to look in his house at 5 p.m. Soon after he rushed outside firing at deputies. One deputy returned fire and shot him multiple times. Landy was taken to Piedmont Fayette Hospital and pronounced dead. No officers were injured in the incident. The case is being investigated by GBI and is now the 87th officer-involved shooting this year.

On Sunday, San Francisco-based company Planet obtained a clear photo of Iceberg A68a that will help track how much ice is melting away from it. The berg broke away from Antarctica and is on a direct route to South Georgia. Because of the clouds, it has been a huge struggle getting a clear image of it.

It is clear to scientists that the warm waters and current eroding the berg has made it get slightly smaller, but the main worry is how this berg will affect wildlife since it is still massive. Once it reaches a certain depth and gets anchored, the berg could keep South Georgian penguins from foraging, especially if it gets stuck for many years.

This berg is causing concerns for the British Territory Overseas Wildlife and there is hope that it continues to fray over the edges. The melted away chunks are becoming their own mini-bergs, but at this point, the hope is the larger iceberg soon melts away to nothing to protect the wildlife it could harm.

As of Dec. 2, the federal government has passed the regulations of service animals on U.S. flights proposed by the U.S. Department of Transportation.

The regulations were proposed due to the increasing number of people claiming their pets to be service animals so they can accompany them in the cabin. In response, the U.S. government has decided the only service animals allowed in the cabin will be dogs. However, many people with disabilities depend on other service animals, such as cats and horses.

Leaders of the National Association of Airline Passengers have suggested that bettering the storage conditions for animals on planes would better address the problem than strict regulations. Advocates for people with disabilities have spoken out against the regulations as well.

After an interview on Thursday, Biden said he plans to ask the American people to wear masks for 100 days. He is planning on the 100 days of mask-wearing to start after his inauguration in hopes to lower the COVID-19 cases.

Biden thinks we will see COVID-19 cases start to drop once a vaccine is released, and after 100 days of wearing masks. Biden suggested this new mask plan after he found out the U.S. recorded a new high in coronavirus-related fatalities on Wednesday.

A Georgia sheriff’s department is thanking one of its K-9 officers for making a drug bust that resulted in two arrests.

Last week in Pickens County a deputy was out patrolling when he watched a car fail to stop at a traffic light. When the deputy pulled the car over, authorities said he discovered that the registration plate did not match the vehicle. The driver then became disorderly and began blocking deputies. K-9 officer Storm was then used to search the car.

K-9 Storm proceeded to sniff out over 2.5 pounds of a crystal-like substance appearing to be methamphetamine, cash, and handguns. Both driver and passenger were arrested.