Cramming in some KICs 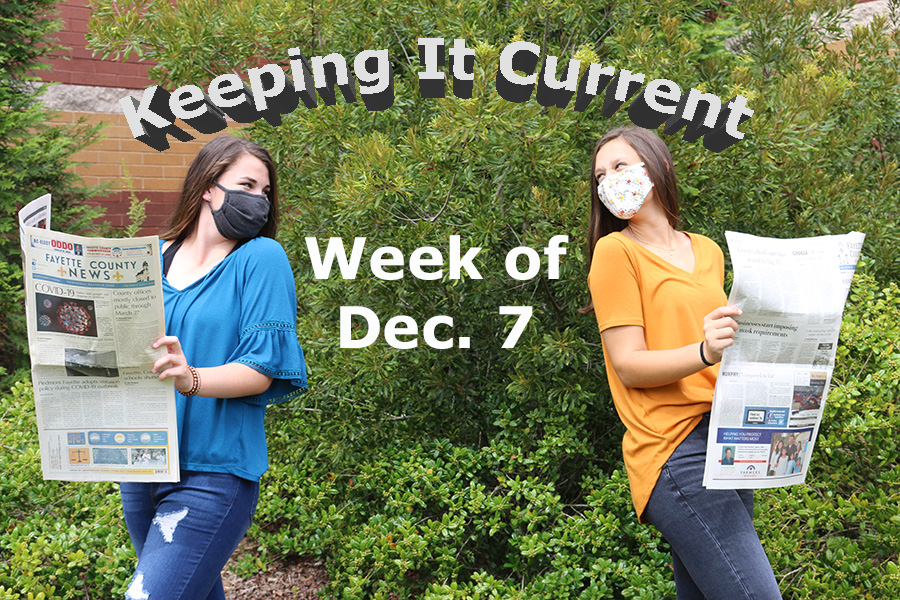 After a week of stress leading up to exams, students are ready to relax over the weekend. But while you’re cramming for exams, take a minute break and read the KICs that our news writers have found. With a new Olympic sport, a Dunkin worker getting stabbed, weather craziness, Biden campaigns, and a hijacked police cruiser, The Prowler has the stories.

Breakdancing to be included in 2024 Olympic Games (Dec. 7)

The International Olympic Committee has announced that breakdancing, or competitive breakdancing, has been confirmed as an official event for the 2024 Olympic Games in Paris, France.

New events for the 2024 games, including surfing, climbing, and skateboarding are set to debut in 2021 at the Tokyo Olympics and will continue to be included in the following 2024 Games. Breaking competitors, known as b-girls and b-boys, will be judged on creativity, rhythm, technical skill, and other criteria. One major reason that breaking was chosen was to appeal to younger audiences. It was also prioritized due to it being a sport that promotes gender equality.

Per the new rules put forth by the IOC, cities hosting Olympic games are allowed to propose and choose certain events. Breaking is one of the first new events confirmed thanks to these new rules.

Last Saturday, a 17-year-old Dunkin’ Donuts employee in Jonesboro, Georgia, was stabbed by an angry customer.

According to The Atlanta Journal-Constitution incident report, a man went through the Dunkin’ Donuts drive-thru a little before 6 p.m. The store was out of what he ordered. He became very upset and left, but returned minutes later. He walked into the store and began yelling and arguing with a teenage employee, and the argument quickly became a physical altercation. The man swung a knife at the teenager multiple times. Another employee was watching from the security cameras in the back. Once the fight was out of the frame of the security cameras, the other employee stepped in to break up the fight. The police were called, and when they arrived the teenager was laying on the floor with a cut in her left arm. The teenager declined the offer to be taken to a hospital.

The suspect in the case has not been identified. The surveillance cameras at the restaurant did not capture the license plate number for his red Audi. Anyone with information is encouraged to contact Union City police.

The warm weather in California sparked a number of bushfires, but the strange thing is that there is a very cold snowstorm approaching the United States. This snowstorm will overtake the Midwest and completely changes the focus of bushfires in California.

Today the fires are no longer a worry for the state after being put out in Ventura County last night. The firestorm in California now changes to the snowstorm that’s rapidly approaching the southwest. The first state to begin snowing will be New Mexico and then it will begin to move through the plains.

By Saturday, all of the rain will turn to snow. The midwest and northern states may experience up to half a foot of snow. The states that will have the most snow are New Mexico, Colorado and Michigan.

Joe Biden will be departing for Georgia on Dec. 15 to campaign for Democratic Senate candidates Jon Ossoff and Raphael Warnock. Donald Trump will also be campaigning for republican Senate candidates David Perdue and Kelly Loeffler.

This runoff is being called the “largest and most aggressive” ballot security in the state’s history. The special election takes place on Jan. 5, 2021.

On Saturday, officers were called to the 4800 block of North Lake Drive in response to an intoxicated person. When police arrived, they found a naked woman, identified as 23-year-old Alyssa Caballero, trying to get inside of a home that was not hers.

When Caballero was taken into custody she was  placed into the back seat of the patrol car because she was cold and concerned for her safety. At some point, she was able to get free and hijacked the car, police said. When she left the scene, police stated that she intentionally hit officer C. Solan with the patrol car. Then, she continued to drive recklessly onto the main street  where she damaged property.

Sloan was treated on scene by the Forest Park Fire Department and then taken to a local hospital. The officer since then has undergone one surgery on his leg and has another surgery scheduled. Police say that he is in good spirits and is recovering well. Caballero is facing several charges, including aggravated assault on a law enforcement officer and serious injury by vehicle.