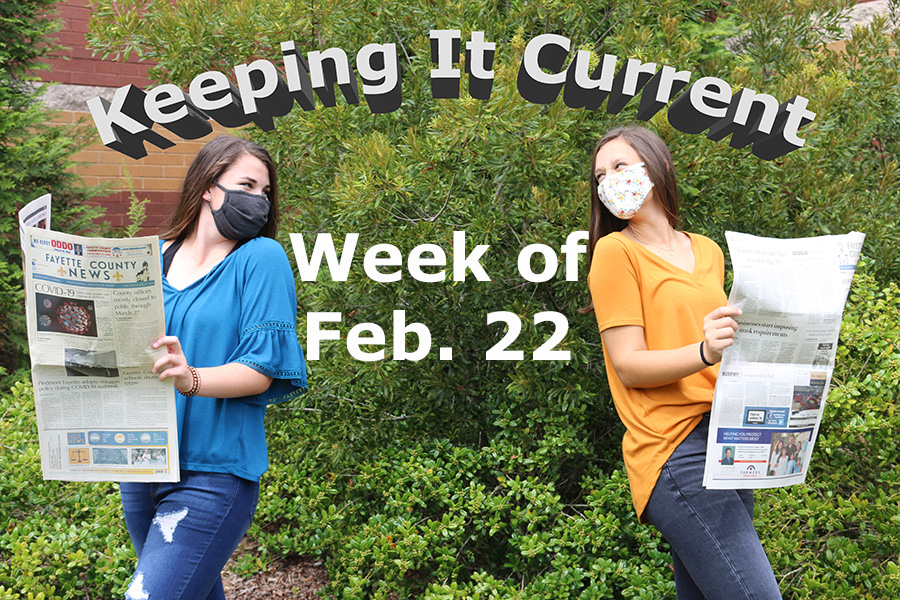 It’s been a crazy week in America, with people all over the country finally starting to recover from being snowed into their homes, without power. But like the snow wouldn’t go away, neither will KICs. This week we have a plane dropping debris on a Netherlands town, predictions for tornado season, the local COVID-19 death toll rising, a man shot in an SUV, and the House passing new legislation.

Feb. 22 – Cargo plane drops pieces of debris on a town in the Netherlands

A Boeing 747 cargo plane experienced an engine fire shortly after takeoff, dropping pieces of metal on the town of Meerssen. According to Longtail Aviation, the plane was on route to JFK Airport in New York City.

Shortly after takeoff the crew noticed an engine issue and began to follow safety procedures to investigate the issue.  With approval from air traffic control, the cargo plane landed at Liege Airport, Belgium.

Two people were injured by pieces of metal, one taken to the hospital. Multiple cars and homes were damaged. The plane was carrying general cargo. No passengers on the plane were injured.

Thanks to the La Niña climate pattern, the 2021 tornado season could be one of the worst since 2011. It could be giving us brutal tornadoes within the next few weeks and making it colder than it has been.

La Niña is one of the cooler water currents and is one of the main currents that shapes the weather during the late fall, winter, and early spring. There is also El Niño, the warmer current. Based on previous years, tornado season starts in February and goes into March in the South while in the plains of the Midwest, the season lasts from April to June.

The tornadoes will hit the lower Mississippi Valley and the mid-Atlantic region, so we should be in the clear. However, the season is predicted to be worse than usual.

Meanwhile, only 18 more vaccines have been administered. Ten of the vaccines were initial doses, and eight completed the two-dose regimen. Confirmed infections in Fayette County rose by 40 in the past week, bringing the local total to 5,881.

According to data from the Department of Public Health, Georgia recorded 128 COVID-19 deaths on Monday and Tuesday, increasing the overall death count to 14,761.

After six hours of being closed Interstate 20 has reopened after a man was shot and killed in an SUV. The police were first called to the scene when another driver called 911 to report a crash.

When police arrived, they found a man with gunshot wounds and his SUV riddled with bullet holes. Investigators believe that the man was shot before he got on the highway. “He was driving, ended up hitting the median wall… and came to a resting spot… around Capitol Hill Avenue,” Atlanta Police Captain said.

This is the third interstate shooting this year. In February two men were shot, and one died on  I-85 in Midtown Atlanta. In January a man was shot and killed on I-85 in Dekalb County.

The House of Representatives passed the Equality Act, protecting people from being discriminated against based on their sexuality or gender.

Republican Representatives Tom Reed, John Katco, and Brian Fitzpatrick joined the Democrats, leaving the final vote 224-206. Although the Equality Act provides a major breakthrough in the transgender community, it raises concerns from many Republicans who agrue that it threatens women’s sports. Republican Representative Andy Biggs from Arizona even went as far to say that the legislation is a “devastating attack on humanity.”

The bill now moves to the Senate.