Five more in the books 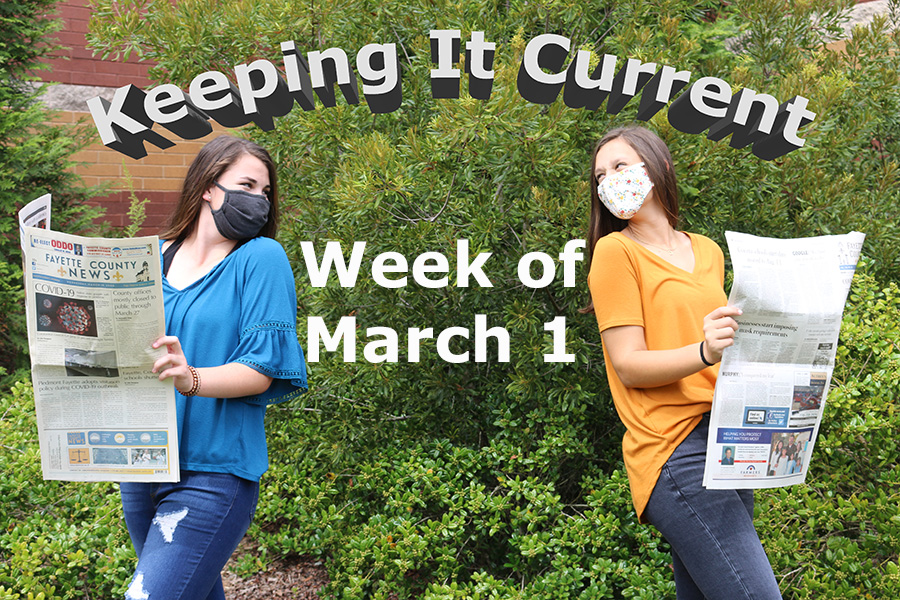 Well, Panthers, there was not much going on this week, but that is okay because it is five more days down, and for our seniors, it is five days closer to graduation. But even with a slow week at school, our news writers have been working on this week’s KICs. We have COVID-19 releases in Ghana and Ivory Coast, a Kentucky man gone missing, Clayton County students returning to brick and mortar, a “porch pirating” bill, and Biden’s COVID-19 relief package moving to the Senate for debate.

The UN-backed Covid initiative has been implemented in the Ivory Coast, Ghana, and other surrounding areas. Ghana’s president Nana Afuko-Addo was the first to receive the vaccine. He urged his people to not believe the conspiracy theories and to get vaccinated immediately.

The rollout of the vaccine began with the elderly and those with underlying health issues. Others getting it first include medical professionals, teachers, police, and even some journalists.

Further distribution is underway, with 11 million doses on deck for other countries. The Coax goal is to distribute 2 billion vaccines to 190 countries in less than a year.

A 40-year-old Kentucky man was recently declared missing in the depths of the Grand Canyon.

John Pennington’s last known location was at Yaki Point on the South Rim of the canyon, a popular starting place for hikers. The National Park Service announced the search operation a few days after Pennington’s car was found abandoned there on Sunday. Although some aerial searching was done, no clues related to Pennington’s whereabouts were discovered.

Clayton County school district has announced students kindergarten through fifth-grade will be returning to the classrooms. These students have the option of going to in-person school starting April 12.

The students returning to school on April 12 will begin doing hybrid the first two weeks. The district hopes for the same students to return all five days starting April 26. Schools are providing masks, hand sanitizer, and desk shields.

Grades six through twelve will continue to do virtual school for the rest of the school year.

Congress has passed a bill to make package stealing a felony in Georgia. Under the new bill, this would be punishable with up to five years in prison.

Multiple people have expressed their concern saying that the punishment is not within reason of the crime.“I worked with the United States Postal Inspector…that recognizes the brazen nature and mindset of a criminal who is willing to approach the door of a victim’s home and commit a crime,” Rep.Bonnie Rich posted on Facebook as a supporter of the bill.

Intense debate is underway in the U.S. Senate regarding Biden’s $1.9 trillion COVID-19 relief bill. The bill has the support of every one of the Senate Democrats, but the Senate Republicans are not getting behind the idea.

If passed, Democrats claim that the bill would provide funding for vaccines and medical supplies, as well as financial aid to households, small businesses, state and local governments, and the jobless. However, not everyone is on board with the bill. Republicans are challenging the bill, saying that it is expensive and wasteful, and have taken measures to delay the bill’s passing.

As the dispute continues, it is unclear when or if this controversial bill will be passed.