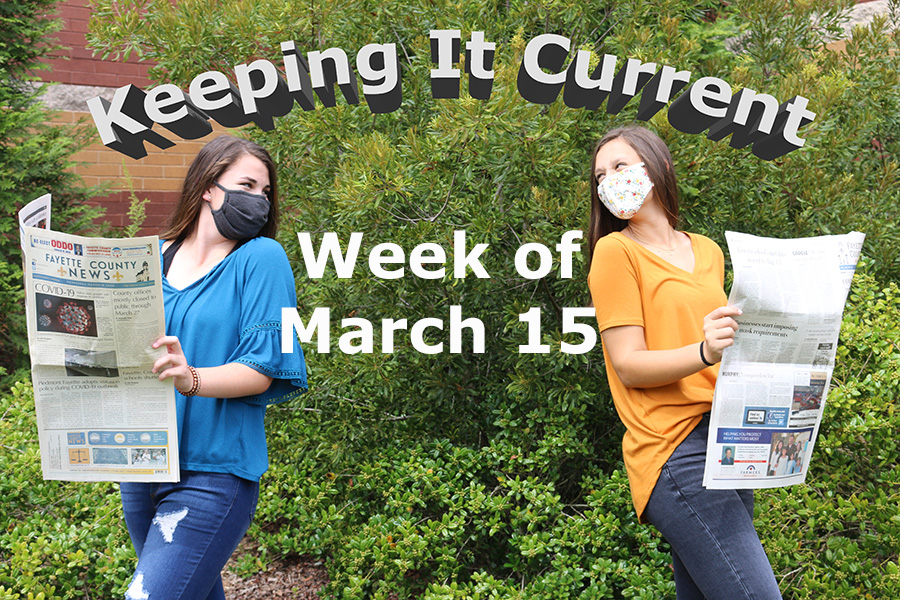 After a nice shortened week (Thank you, “bad weather”), our news department is back again with another set of KICs. We have Sri Lanka shutting down Islamic schools, Delta offering Lyft donation incentives, the Coweta County Pet of the Week, Asian-American activists testifying before Congress, and Marjorie Taylor Greene getting banned from Twitter.

Under President Gotabaya Rajapaksa, the government of Sri Lanka is currently processing legislation for a ban on the wearing of the burqa, a Muslim garment. Over 1,000 Islamic schools are also facing government-mandated shutdowns.

The Sri Lankan government has previously banned burqas within the country, which contains a largely Buddhist population. The temporary ban had been issued following bombings in 2019 that were determined to be linked to ISIS. The current legislation banning the garment, which was signed and ready for cabinet approval on March 12, was created on the grounds of “national security.”

The administration of President Rajapaksa, who has been accused of multiple rights cases of abuse during his former experiences fighting insurgency in the northern part of the country, has confirmed plans for shutting down Islamic schools under the claim that the schools do not adhere to national education policy.

Delta Air Lines is currently offering a 250 SkyMiles incentive to frequent fliers. Those who donate to Lyft to help get people to vaccine sites are eligible.

Lyft is launching a “Fund a Ride” program that goes through multiple different organizations such as the NAACP and National Down Syndrome Society. Eligibility can be checked on the Lyft app. Those eligible will be given a free or discounted Lyft ride to their vaccination appointment.

To get the 250-mile incentive, participants have to be a part of the first 15,000 people to donate at least $5, and have it in their Lyft account linked to their SkyMiles by May 31. Lyft is also partnering with JPMorgan and Hilton offering a similar SkyMiles incentive program.

For the week of March 15, the Coweta animal shelter’s Pet of the Week is Briana, a quiet and sweet young mutt.

Briana is a three-year-old Staffordshire mix. She has been at the Coweta Animal Services shelter since last August when she was picked up as a stray from Dewey Street. Briana loves toys, although she has little interest in retrieving them. She also has a small and quiet bark, which adds to her lovable personality.

Briana continues to wait at the Coweta Animal Services shelter for a family to give her a forever home.

On Thursday, several anti-Asian hate advocates testified before the House Judiciary Subcommittee on the Constitution, Civil Rights, and Civil Liberties. This follows the rise of discrimination and hate crimes against Asian Americans, such as the Atlanta massage spa shootings that took place earlier in the week.

After opening with a moment of silence, Subcommittee Chair Steve Cohen pointed out that there have been almost 3,800 incidents of anti-Asian hate in the past year. Representatives Judy Chu and Tammy Duckworth both expressed their sympathy for victims’ loved ones. In addition to speeches from members of Congress, actor and producer Daniel Dae Kim spoke about how violence against Asian-Americans is often ignored by the media.

The executive director of the Asian Pacific Policy and Planning Council, Manjusha Kulkarni, hopes that this hearing will encourage lawmakers to publicly condemn Asian-American hatred and create public information campaigns.

Rep. Majorie Taylor Greene of Georgia claimed that on Friday around 1 a.m. Twitter banned her from her personal account. This happened just after some House Democrats were trying to get Taylor expelled from Congress.

Greene’s campaign said Twitter suspended Greene’s account with more than 380,000 followers due to an unspecified violation of the platform’s rules. Twitter claims Greene should not have been locked out of her account and it was done “in error.” Greene’s account was restored around 12:45 p.m.

Greene is arguing that this was no coincidence. The alleged “mistake” occurred less than one day after Rep. Jimmy Gomez D-Calif introduced a resolution to expel Greene from Congress.