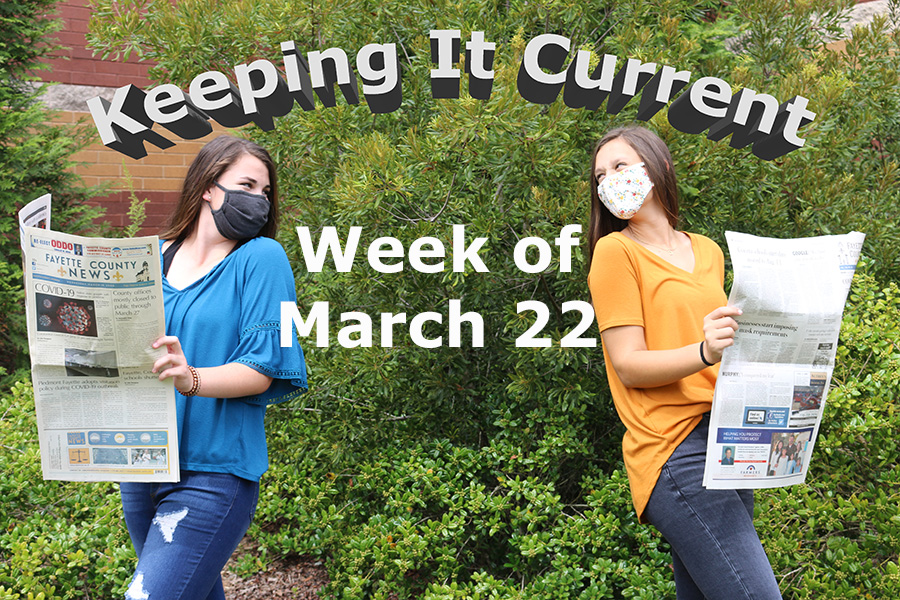 Well, Panthers, after a  three-day week, and then a four-day week, we are back five days. If you’re anything like me, you are worn out by this point and ready to go relax and enjoy the weekend. But just as the weekend is upon us, so is another set of KICs. This week we have torrential rainfall in Australia, the Deep South being threatened by severe weather, Columbus offering COVID-19 vaccines without appointments, a man getting paid in pennies after quitting, and a Georgia lawmaker arrested for protesting.

Australia is suffering from torrential rainfall causing floods in New South Wales. The floods started over the weekend and caused 18,000 people to evacuate their homes.

The weather forecast predicted that the southern coastal area and the inland northern areas would also be affected by the extensive flooding on Monday and Tuesday. Neighboring territory, Queensland has been warned about flash floods in the southern and western areas.

There is a potential for an outbreak of severe weather, including strong tornadoes, intense wind, and large hail on Thursday afternoon in the southeastern states.

Just last week, several states in the southeast experienced fierce storms, but they are in for another beating. Humid air coming from the Gulf of Mexico combined with strong rising winds are contributing to the predicted rotating storms, which could produce tornadoes.

The area the storms will hit spreads from Louisiana all the way to Arkansas and Mississippi. These states must bunker down once again in preparation for the severe weather.

No appointments are necessary to get the COVID-19 vaccines at the Columbus Civic Center starting at the end of the week. Furthermore, starting on March 24 all adults will be eligible for the vaccine.

GEMA/HS Director Chris is still encouraging people to make appointments for the vaccine because you are not guaranteed to receive the vaccine without an appointment. Centers have limited vaccines each day. They encourage those with appointments to show up on the right date and time of their appointments.

All other GEMA/HS appointments for the vaccine are required except for the Gulfstream Aerospace site in Savannah.

A Georgia man quit his job for one year, due to the working conditions. After writing his two weeks notice, and notifying his boss of his departure, he was assured he would receive his $915 paycheck soon.

After months went by with no paycheck, and a failed contact with the Department of Labor, Andreas Flatten noticed a pile of pennies at the end of his driveway. The pennies were the $915 earned from the last paycheck he never got, and a stub of paper with derogatory language directed at Flatten.

Flatten’s old boss refused to comment on if he had any idea about how the pennies ended up in his driveway. The pile weighed over 500 pounds and was covered in grease and oil. Now Flatten spends his nights cleaning pennies after he already did the work to earn them.

Georgia Representative Park Cannon was arrested then removed from the state capital Thursday night after the passage of the Election Bill restricting voting access.

Rep. Cannon’s arrest comes after Governor Kemp signed the election bill into law, making Georgia the first Battleground state to impose new voting restrictions after President Biden’s victory there. After being told to stop knocking on the governor’s office doors twice, Cannon was arrested and escorted off the premises. She was taken to the Fulton County jail and later released Thursday night.