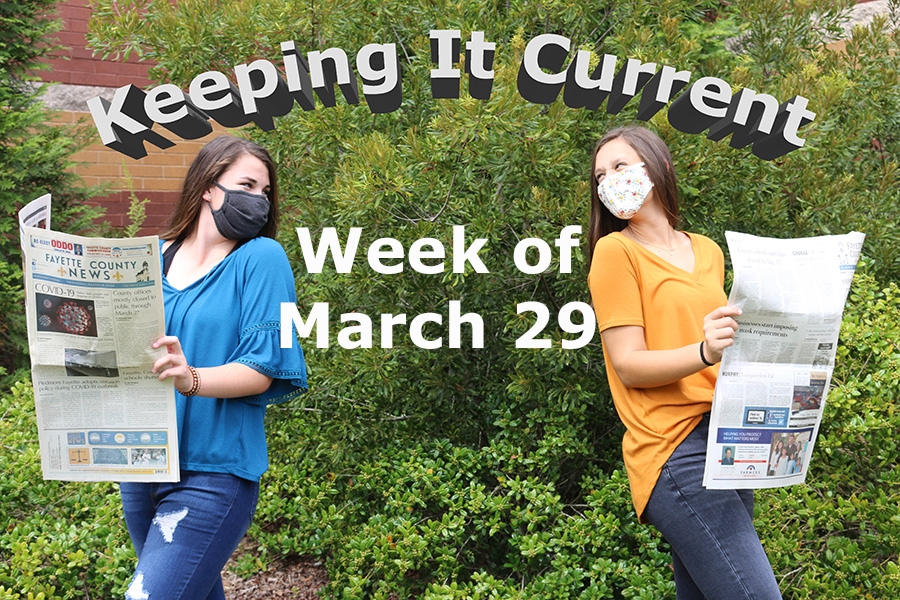 Panthers, we made it. IT’S SPRING BREAK! While you’re getting ready to go to the beach, go visit family, or just enjoy some time at home, our news writers have a whole week’s worth of stories for you. We have volatility between political parties, Georgia waving the Milestones, a Newnan firefighter getting community support, Derek Chauvin’s supervisor testifying against him, and a deadly Taiwan train crash.

Now that the senate is mainly filled with the Democratic party, the filibuster is a barrier to what they want to accomplish for America. Senate Majority Leader Chuck Schumer, D-N.Y., is threatening the GOP to compromise with them or they’ll “nuke” the filibuster.

A filibuster is when the majority of the senate decides on something, but the other part of the senate disagree and they extend time on the decision if they can’t decide a certain due date. The Democratic party is threatening the Republican party, saying to compromise with them or they will abolish the filibuster. Mitch McConnell on the other hand, has made a counter threat to this. “We wouldn’t just erase every liberal change that hurt the country. We’d strengthen America with all kinds of conservative policies with zero input from the other side,” McConnell states.

According to Josh Holmes, McConnell’s former chief of staff, “If there’s one thing I’ve learned over the last 20 years, it’s when Mitch McConnell makes a threat, Mitch McConnell follows through with a threat.” Both sides are stagnant for now.

Georgia has announced that Milestones test scores won’t count against schools or teachers. Last Friday, the U.S. Department of Education approved the state’s request to not grade schools based on the standardized tests.

The College and Career Ready Performance Index, which produces a report card for schools usually based on test scores like the Milestone, will not include the test scores produced by students on this year’s Milestones test.

The schools are still required to administer the test, and they are required to count them, but they will only count 0.01% of any student’s grade. They will also not be used in determining if the student gets to advance to the next grade level.

Jason Scott, a firefighter for the Newman Fire Department, was on duty the night the tornado hit. He claims around 11:50 p.m. calls over the radio and the 911 center started going crazy and it hit him this was not a false alarm.

Scott made many attempts the night of the tornado to contact his wife but the calls were failing to go through. After several failed attempts to reach her, she called him with the devastating news their house had been destroyed in the tornado. Scott claims after the tornado the fire departments of both Newnan and Coweta, the police department, utility companies, and residents came out to help each other from the aftermath of the tornado.

Scott says 100 percent of the community was out here working from top to bottom to help fix their community. The Scott family claims they are fortunate compared to many others, but  expressed disappointment as their insurance company will not handle the trees on their property that didn’t hit the house.

Former supervisor of the Minneapolis Police Department David Ploeger gave his testimony of a phone call between him and Chauvin the day of Floyd’s death. Ploeger stated that during the call, Chauvin never mentioned that he put his knee to Floyd’s neck, and remarked that such a use of force is only approvable for a ‘reasonable’ amount of time. Paramedics present the day of Floyd’s death, as well as his girlfriend, also provided testimonies of events relating to the incident.

The defense is currently arguing that drug addiction was the main cause of Floyd’s death, but the trial will continue as witnesses and those involved with George Floyd give their testimonies supporting the claim that excessive force was used.

A Taroko express service train derailed and collided with a truck, killing 51 people and sending 66 people to the hospital.

Friday was the first day of the annual Tomb Sweeping Festival, a four-day event when people revisit their hometowns to see their family and the graves of their ancestors. The fire department reported that out of eight carriages, they expect the train was carrying about 350 people. The train was traveling from Taipei when it derailed.

Although Taiwan has recently upgraded its rail system, this is not the first train accident on the island. Major rail accidents also occurred in 1981, 1991, and 2018.