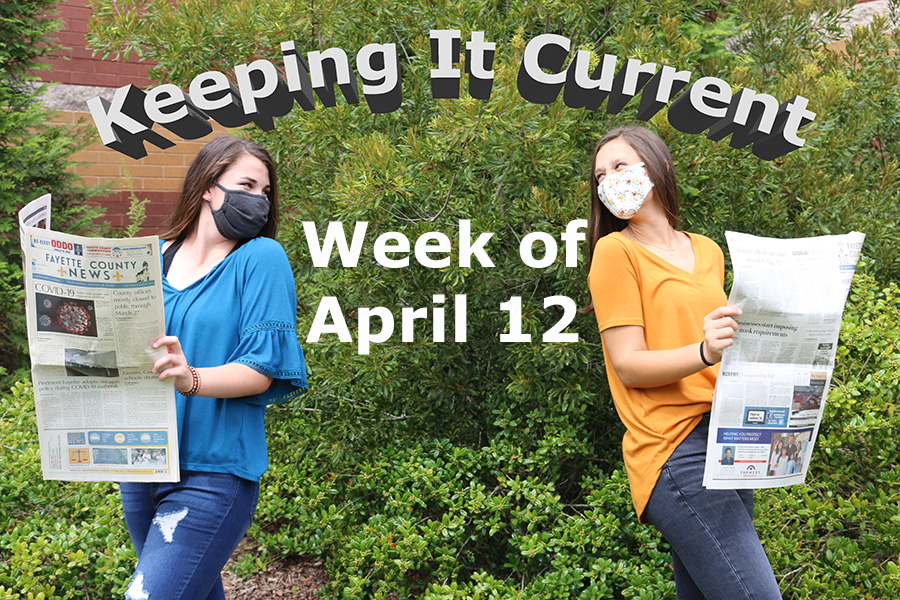 After over a week off from school, Panthers are both happy and sad to be back in the building. On a positive note, we only have 30 school days left until the end of the semester, but that also means we have 30 school days until the end of the semester. Just because school is close to coming to an end doesn’t mean KICs are. This week we have the USWNT losing their 16-game win streak, two people arrested in relation to the disappearance of Kristin Smart, Fayette County school employees getting bonus checks, perspectives on a new voting law, and President Biden backing down on voicing his opinions regarding police reform.

This past Saturday, the United States Women’s National Soccer Team lost their 16-game winning streak against Sweden in a 1-1 tie.

The USWNT has not lost a game since November 2019, and although they remain undefeated, the tie broke their long streak of victories. Sweden striker Lina Hurtig scored in the 38th minute, keeping the U.S. down by one point for the rest of the half. Neither team scored again until U.S. forward Megan Rapinoe scored off of a penalty kick awarded in the 57th minute. The penalty kick was a controversial call because, although the foul was blatant, the location of the foul was obscure.

The game was one of two friendlies the USWNT is playing this week. They take on France this Tuesday in a continuance of their European tour.

Paul Flores and his father Ruben Flores were arrested Tuesday morning for their connection in the 1996 disappearance of Kristin Smart. Smart disappeared from her Cal Poly San Luis Obispo dorm 25 years ago after walking home from a party.

These arrests follow a search of Ruben Flores´ home in March. Last year, authorities searched Paul Flores´ home and found items of interest. He has remained the main suspect in Smart´s disappearance. Both of the men’s attorneys have denied commenting on the recent arrests.

The sheriff’s office has been making efforts to work on this case for decades.

April 14 – Fayette County school employees get bonus check of up to $1,000

Fayette County Public Schools are giving a one-time $1,000 bonus to both full-time and part-time employees. Hourly employees who worked 190 hours will receive $500. All employees will receive their checks on April 16.

Gov. Brian Kemp and State School Superintendent Richard Woods announced in January that $1,000 bonuses would be provided to all public k-12 school-level teachers and staff. The $1,000 award is to show gratitude toward the employees for their hard work during the COVID-19 pandemic.

Fayette County is very thankful to the Governor, the Georgia General Assembly, and the Georgia Department of Education for this decision of a one time bonus.

Voting laws in the past have included closing polls down early, having people who don’t work for the election to volunteer or supply water to people in line waiting to vote, and restricting absentee voting. But on March 8, a new law restricting voting came out, and Duncan had a problem with it.  “Duncan had no material way to register an objection—the lieutenant governor had no vote—but he thought the bill misguided enough that he walked out of the chamber rather than lead the vote on it,” Benjamin Wallace-Wells states.

Duncan’s actions mirror the perspectives of many companies based in Atlanta. Delta and Coca-Cola have stated dissent regarding the new law.

President Joe Biden is refusing to adhere to his campaign message of taking action for police reform after the deaths of George Floyd and Daunte Wright.

After several instances of race-based violence involving police since Biden was elected, Congress has proposed plans for police reform amid public pressure to do so. The new policies for reform would add restrictions for police conduct with the intention of preventing more police violence. Rather than supporting the Democrat-backed policy proposal, Biden chose not to follow through on his campaign promises and cautiously avoided addressing the death of Daunte Wright.

Biden has commented on the serious state of the situations concerning the conflicts that have occurred, but he maintains a somewhat neutral stance in voicing his opinion against looting and violence. Whether or not the Democratic legislation restricting police misconduct will pass in Congress has yet to be determined.