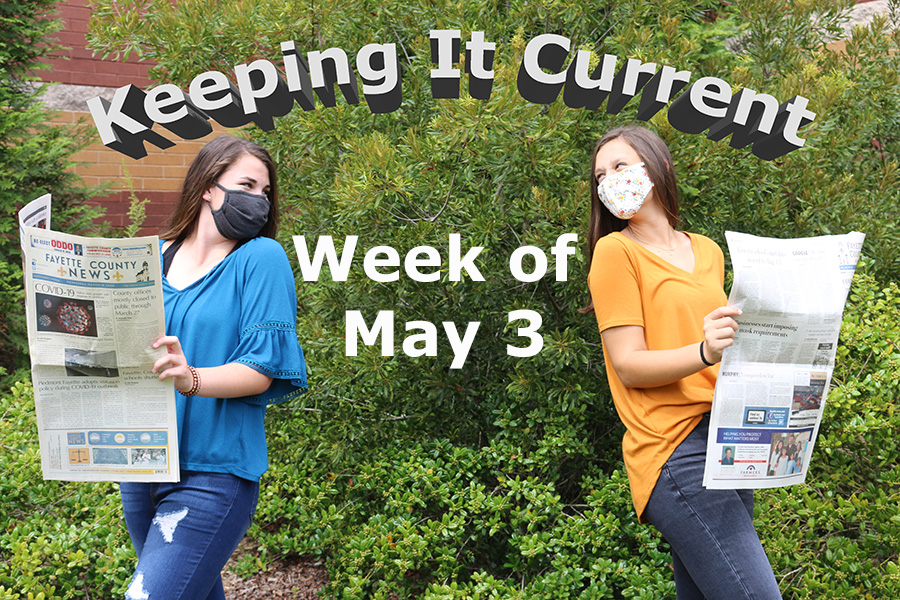 Panthers, with the end of the year, comes Advanced Placement testing, and only two weeks until the dreaded final exams. Instead of stressing about scoring a 5 or cramming to get your grades up before exemptions, relax, rewind, and read some KICs. This week we have a small town sign war, a missing Utah woman found in a tent, graduation announcements, Georgia athletes earring commission, and Biden urging the passage of an economic proposal.

Listowel, Canada businesses have been participating in a “sign war” for the past week. The fun started with the local Dairy Queen and Speedy Glass. The idea of the “war” is to one-up your opponent using witty statements on the business’s sign. Many local stores have joined in on the competition as well.

“It’s been so uplifting. There hasn’t been one negative comment. The reaction has been amazing,” Trevor Cork, the owner of the Listowel Speedy Glass, said.

This “sign war” has been a way for the town of Listowel to come together throughout the past few days, and there doesn’t look like it is coming to an end anytime soon.

On November 25, a 47-year-old Utah woman was reported missing near a trailhead in the Diamond Fork area of Spanish Fork Canyon. That woman has been found living in a tent at a campsite in Utah.

After the woman was reported missing back in November, U.S. Forest Service officials found an abandoned car in the campsite parking lot. The U.S. Forest Service officials wanted to warn the woman about the seasonal canyon closure but found no sign of the woman. This past Sunday the missing woman emerged from the tent and was found by a USCO sergeant. Shortly after being found, she was taken to a local hospital for a mental health evaluation.

The local sheriff claims the woman chose to live in a tent for all the months she was missing and could return to the campsite one day.

May 5 – Fayette County graduation ceremonies to be in-person

In the announcement, FCBOE announced that spectator attendance will not be limited. Although wearing a mask is encouraged, it is not required at the event. Each graduation will take place in the school’s stadium on May 28 at 7 p.m.

With this return to the traditional celebration, high schools will be able to provide memorable celebratory events for the class of 2021.

May 6 – Georgia athletes to earn commission

Georgia college athletes are now earning a commision for their names being used on jerseys, in commercials, and in other advertisements.

A U.S. Supreme Court case is pending to decide if this law violates the NCAAA federal law.

“We can’t let up, this jobs report makes that clear. We’ve got too much work to do,” Biden said. The president’s American Jobs Plan and American Families Plan total nearly $4 trillion. The plans emphasize infrastructure, child care, and paid leaves.

The U.S. economy has only added 266,000 jobs in April, which was about 1 million jobs less than predicted. Economics have predicted that the national rollout of vaccines and reopening of the economy will help increase employment rates.