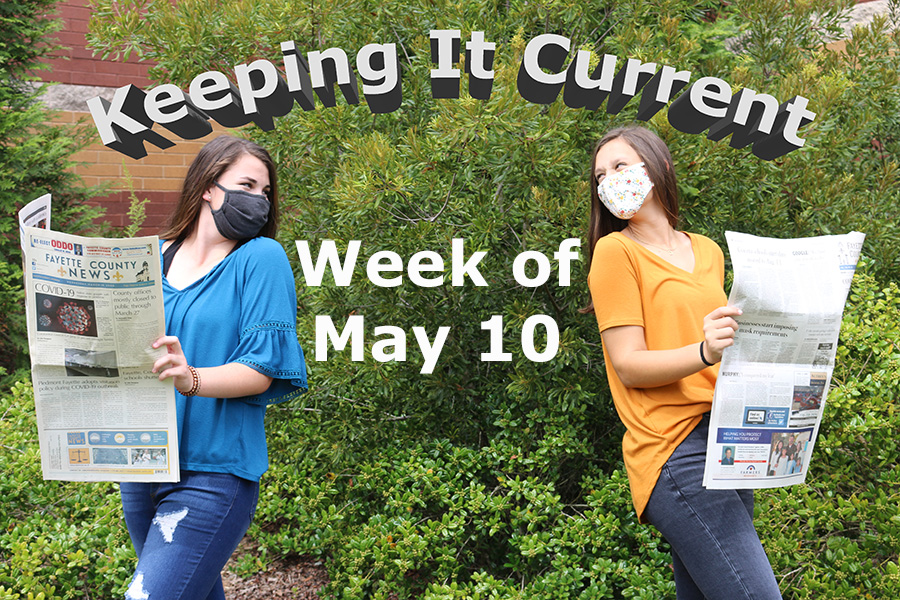 After a week of campaigning and hanging up posters for class officers, I vote that we all start off our weekend by turning on some good music, kicking back, and reading KICs. This week we have a euthanized beached whale, food service employees protesting, festivals planned for Fayette’s 200th birthday, Georgia ending extra unemployment aid, and Congressional Democrats having a 100% vaccination rate.

Sunday evening a small whale was observed to be trapped in the River Thames in London. The following Monday evening, the whale was put to sleep by a team of veterinary experts.

The marine animal, observed to be a young Minke whale, was first assisted by a rescue team Sunday evening when it was discovered stuck near a London port. However, the whale was found still trapped in the Thames the next morning, after being unable to make its way back into the ocean from the main river. The Port of London Authority determined that the whale was suffering and in bad condition after losing its way in the Thames. A rescue team, composed of officials from the Port of London Authority and other officers, took charge of the situation and were able to ‘humanely’ euthanize the animal later that day.

Examinations of the whale will be done in order to conclude how it lost its way and became trapped. This is not the first time a lost whale has required assistance after becoming stuck in the Thames.

Although many businesses blame “workforce shortages¨ for being understaffed, fast-food workers say that the true cause is deficient labor practices. Employees from McDonald’s and Chipotle are speaking out about their recent experiences.

Ieshia Townsend, a McDonald’s employee from Chicago, has been a part of the Fight for $15 movement since 2016. She also says that workers had to go on strike during the COVID-19 pandemic to get masks, gloves, and other personal protective equipment. An employee from a Chipotle restaurant in New York, Edward Dialecio, is working toward starting a union. The state of New York is suing Chipotle for violating a law that requires fast-food restaurants to provide employees stable schedules.

Heidi Shierholz, senior economist and director of policy at the Economic Policy Institute, noted that businesses should help employees adjust to changes in childcare and healthcare caused by the pandemic.

The festivities for Fayetteville’s 200th birthday will begin at 10 a.m. on May 15. In the morning there will be a parade going through downtown Fayetteville.

Celebrations continue at noon when Peachtree City’s Falcons Squadron will perform a flyover at the Old Courthouse. From 10 a.m. to 4 p.m. Kona Ice, Big Pig BBQ, and other local vendors will be at the gazebo located at the Fayette County Administrative Complex at Stonewall Avenue. There will be inflatables for kids and live music from 6:30 p.m. to 8:30 p.m. at Shamrock Park in Tyrone. At 8:30 p.m. the firework show will begin.

Other events on Saturday include The American 5k/10k Race and the Masonic Lodge’s Annual Chicken BBQ. Also taking place is an open house at the downtown train depot and the opening of Tyrone’s Historic Museum.

On Thursday, Gov. Brian Kemp said that Georgia will stop sending the $300 weekly payments that thousands of jobless Georgia residents receive on top of their unemployment checks.

The subsidies are scheduled to end on June 26. Gov. Kemp reasoned that this is another step in pushing more residents into the workforce. Although many businesses support the move, not everyone agrees. Some of the critics include the people who have been receiving the benefits. They claim that the check is necessary to cover food and housing expenses.

While the big move continues to undergo controversy, the impending date of June 26 has many families on edge.

May 14 – Congressional Democrats have 100% vaccination rate

Democratic lawmakers from both chambers of Congress have a 100% vaccination rate.

Democrats are significantly outpacing Republicans both in the House and Senate. Only 46 Republicans are fully vaccinated in the Senate. Two Republicans won’t publicly announce their vaccination status, while two others have refused to get the vaccination because they already had the virus and can’t get it again.

The House mask requirement will remain in place until all members and floor staff members are fully vaccinated.